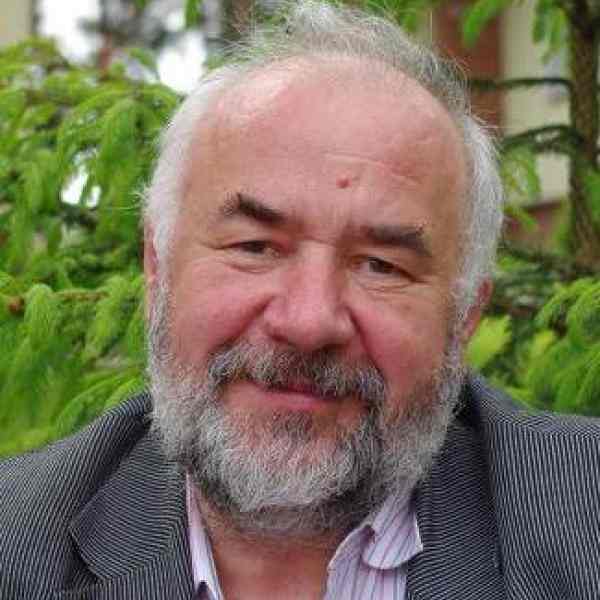 Krzysztof Margol is revitalizing Poland's underdeveloped rural areas by stimulating awareness of business opportunities and providing new jobs to the rural unemployed. He trains the unemployed to start new business ventures and recruits business, banks, and local governments to back new job-creating initiatives.

Krzysztof Margol is convinced that the answer to massive unemployment, one of Poland's most persistent social problems, lies in a combination of entrepreneurship training for the unemployed and funding for new ventures from the public and private sectors. Krzysztof believes that loans without training and training without loans are worth very little in the long run. Therefore, to help the rural unemployed start their own businesses, Krzysztof has initiated a new approach to community development by offering extensive training programs on how to manage a venture and obtain loans. He offers a variety of programs for people with different levels of need, and offers follow-up counseling services.
Krzysztof also generates local funds which provides financial support in the form of low-interest loans for new ventures. He believes that the only way to generate sustained private-sector interest in social reform is through micro-credit funds that involve the cooperation of local governments, banks, and businesses focused on alleviating unemployment. "What really attracts investments? People usually think of industry or natural resources. I think that it is the social awareness, involvement and cooperation of various sectors. This really brings growth and promotes the community." In weaving together these combinations, &#150; training and funding, public and private &#150; Krzysztof not only empowers jobless agricultural workers to become active in the new economy, but he also helps reverse the destructive self-conceptions that characterize some of Poland's rural areas.

During Poland's transition from communism to democracy after 1989, the previously nationalized farms were either sold out or reduced to bankruptcy, leaving sixty thousand agricultural workers unemployed. These farms cover thirty percent of all Polish land devoted to agriculture. While the overall Polish unemployment rate was 13.8 percent in 1996 (compared to 5.4 percent in the U.S., 7 percent in Austria, and 6.6 percent in Holland), the unemployment rate is even higher in Poland's rural, post-collective areas. The unemployed population has no access to job retraining programs, and finds itself without the necessary skills to compete for jobs.

The concentration of unemployed reinforces a general sense of hopelessness in these rural regions; lethargy, frustration, and feelings of helplessness are common elements in the social picture of small Polish towns. Historically, the residents of these areas have been managed by a central authority or "someone else," rather than defining and solving their own problems. The difficulties of finding a niche in the competitive new economy can result in turning others into scapegoats, especially in border areas where people of different origins live together.

In Poland's first free election in 1990, Krzysztof was elected as mayor of an underdeveloped region with very high unemployment. As mayor, he experimented with several community development and unemployment relief programs. His first step was to focus on the problem of unemployment and to build good teams to work on the issue. After four years, he became convinced that much more could be achieved if he acted independently, so although he would have easily won, he decided not to seek re-election. Instead, he started his own citizen sector organization: the NIDA foundation. (Nida is the name of the region where Krzysztof works.) Many of the people he worked with as mayor joined Krzysztof and are now involved in his program, often on a pro bono basis.

Krzysztof's training and counseling programs differ according to the needs of the people he serves. He offers a week-long training course for those who aim to start new businesses soon and already have an idea in mind. Second, he offers a ten-month-long training course (with two sessions a week) that gives clients a more comprehensive background and works on generating new venture ideas. This program caters both to youth and to older unemployed people. Krzysztof and a few hired professionals have recruited forty volunteer businesspeople from various professions to facilitate the courses. Finally, Krzysztof's foundation offers a hotline for the unemployed and job counseling for both the unemployed and clients who have created jobs for themselves.

NIDA's courses offer specific training in subjects like labor and tax law, the market economy, self-government, the history of democracy in Poland, finance, and practical economic information. Clients learn how to use the Internet and "TIPS" and "EUROINFO" databases, and how to write résumés and present themselves in interviews. Follow-up programs range from simple consulting to an internship program that Krzystof organized through his own connections with the private sector. NIDA offers for-profit evening language courses to cover the cost of these training courses.

Community funds are the second crucial element of Krzysztof's plan They yield twenty percent interest rates, and function as endowments from which formerly unemployed, budding entrepreneurs (who have participated in NIDA's training programs) can be given loans. So far, 90 new loans have been approved for the unemployed and firms providing jobs to the unemployed, yielding around 600 new jobs altogether, according Krzysztof's estimates. Many of the starting ventures employ other formerly unemployed workers. Thus far, there has been only one default on a loan from the fund.

As Krzysztof sees it, a system of incentives sustains the fund: Businesses give money to enhance their public image and also to develop a supply of trained labor. Small local banks, often threatened by bankruptcy, are interested in contributing to the guaranteed funds because those funds bring them more ventures, accounts, and loan applicants. The banks themselves have agreed to manage the funds. Local governments are glad to cooperate because rampant unemployment means prohibitively expensive social service programs.

The following is one example of the success of Krzysztof's program: In 1996, he began working with an unemployed ex-worker from a collective farm that had gone bankrupt. The man's wife and five children – all also unemployed – lived in Janowo county in northwest Poland. The man had an entrepreneurial idea, but did not have the necessary management skills and was unable to procure a bank loan because the bank needed someone to endorse it. Krzysztof provided the appropriate training, and his fund endorsed a bank loan of $12,000. Now the man has 70 cows, rents several dozen hectares, has his own farming machines, and supplies milk to the Danone company. His whole family, along with many other unemployed people, work on the farm.

Krzysztof is expanding his project from the city of Nidzica and the surrounding county to the entire Nidzica region. To date, nearly 300 unemployed people have received help, mainly in the form of job training and counseling. Krzysztof has launched a second guaranteed fund, which involves local governments as core founders. He is enlisting the cooperation of local business people. Together, they set priorities for the funds and build a strategic vision for community development. Having successfully launched two funds, Krzysztof decided in 1998 to work toward starting a third fund for all of northwest Poland, which could serve as a model for other regions. He will draw on his positive relationship with the business community to involve twenty local banks and twenty corporations. The endowment is planned for $150,000.

To spread the idea to all of Poland, Krzysztof founded a national association of guaranteed funds throughout Poland. As chairman of this association, he wants to create l0,000 new jobs in Poland in ten years, and hopes to expand the idea throughout Central Eastern Europe. He will promote his idea in the media and will also publish promotion packages.

Krzysztof inherited the desire to effect change from his father, a small village activist in eastern Poland who always helped neighbors and hosted neighborhood groups in their home.

Krzysztof started a one-person venture while he was in school, selling groceries to students in a boarding house. He also managed his high school radio program. As a university student, he started student house-cleaning businesses. Krzysztof brought leading journalists to the university to train students in journalism. In the late seventies, Krzysztof served as the director of a rural kindergarten where he founded a children's dancing assembly. To overcome drastic shortages, he improvised, making dance costumes from flags, the only available material at the time.

In the eighties, he worked in a community education department. One of his achievements was to replace primitive outhouses with toilets in all the schools in his region. As a mayor in the early nineties, he initiated projects to create new jobs in rural areas and encourage cooperation among sectors.