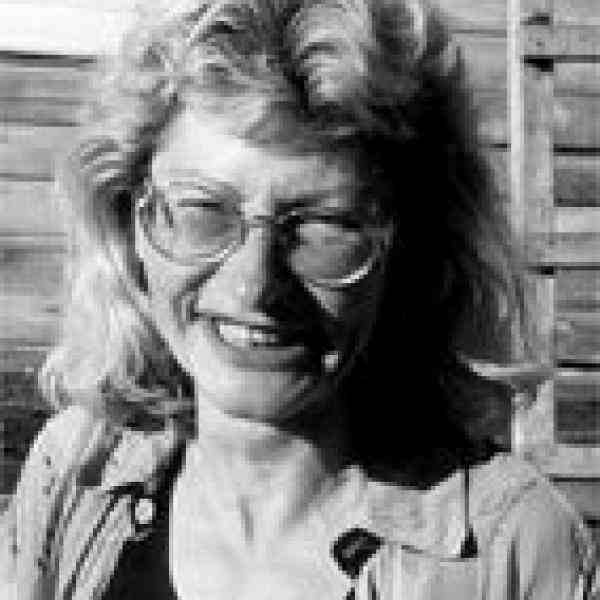 Kristina Polukordiene has set up a network of youth-operated crisis intervention services that involve governmental and nongovernmental institutions. She is making suicide prevention a vehicle for building community support networks and for raising civic awareness and participation, especially among young people.

Kristina seeks to create comprehensive support systems for teenagers with psychological problems. She sees the psychiatric system and medical treatment as a necessary component of a much broader system of support. Kristina's approach includes community-based networks of psychological aid that are principally run by trained youth volunteers. In her model, traditional and nontraditional therapy complement and enhance each other. In the community-based programs that Kristina designs, youth volunteers and clients work together to assume responsibility for one another. Intervention volunteers learn to better understand clients and clients receive motivation and hope from volunteers. Both groups inevitably see themselves as members of greater communities that they themselves can influence in positive ways. Kristina's innovative programs of social psychological aid, in their various adaptations, can be implemented widely in other mental health systems. Kristina's approach to volunteer work in crisis prevention and intervention services is highly regarded in Lithuania and is beginning to gain international attention. Services that realize their objectives through activities designed by citizens for citizens should not be looked upon as an exception, she believes, but as a natural part of social psychological support. And social psychological support is both a natural impetus to, and outgrowth of, strong, vital communities.

Lithuania has the highest suicide rate in the world. The number of suicides in Lithuania increased from twenty-five per one hundred thousand in 1990 to forty per one hundred thousand in 1996. Despite a recent slight rate drop, Lithuania still leads the world in the percentage of suicides and the rate among teenagers is increasing, a fact critical to Kristina's work. One distinguishing characteristic of this group is the lack of sufficient mental health care services these teenagers. The number of services providing more general social aid to this group is even smaller. The mental health care which is available to this group generally follows old and ineffective models which rely almost exclusively on medical treatments. New ways of thinking about and dealing with youth mental health care are desperately needed.

Kristina's experiences as a mental health professional have led her to consider the substantial psychological help that non-professionals, even young non-professionals, can offer in a comprehensive mental health program. Focusing primarily on suicide prevention in Lithuania's teen population, she effectively trains teen volunteers to provide&#150;with careful support of professionals&#150;crisis intervention and crisis prevention services to their peers. In the process of delivering and of receiving these services, teens gain a greater sense of their place in the larger community. A work experience that was particularly important in the evolution of Kristina's thinking occurred in 1987. Formally ending a long series of sessions with a group of troubled teens in Vilnius, she became alarmed when the group decided to continue to meet without her. Frightened by the idea of therapy without the guidance of a mental health professional, she suggested that the teens form a youth club, the purpose of which was to improve their communication skills through the reflections offered to each by the others. Through this process, she believed, the group might better know themselves and more effectively support each other. The teens agreed, naming the club Veidrodis ("Mirror") to symbolize the goal of the group. The club met regularly, and soon expanded its vision to include programs with speakers and community-based social activities. Because the effects of Perestroika were yet to be felt, the club, in its first few years, was designated as part of the governmental health care system. Both the initial and continuing success of this club prompted Kristina to think of other ways she could devise for teens to support each other.Becoming more acutely aware of the youth suicide problem in Lithuania, Kristina, in 1990, adapted the model of a suicide telephone hotline in Los Angeles to the Vilnius club. With the members' full support, the "Youth Line" began as one of the first citizen-run services in the country. Kristina trained the club members as the first volunteers. As the program grew, these volunteers, with continuous guidance from Kristina and other professional psychologists, trained other volunteer groups. Seeing the need for other services that might prevent youth suicide, in 1993, Kristina and a representative of the youth club founded The Youth Psychological Aid Center. Multi-functional, the Center offers a variety of psychological help, including free consultations with a professional psychologist, social activities that include English lessons, an art program, and "Peer," a postal program for troubled teens living in rural areas where telephones are not always available. The Center presently serves as an effective model for a growing number of citizen-led intervention groups in Lithuania and, most recently, in cities in Russia and Latvia. Kristina's vision and expertise, especially in suicide prevention services and telephone emergency services, is increasingly recognized internationally. The Center, for example, is presently collaborating on a project with "Befrienders International," a suicide prevention organization. And this year, the Lithuanian Association of Telephone Emergency Services, which was launched by Kristina and which comprises eighteen services, was accepted as a member of the International Federation of Telephone Emergency Services.

As the only child of parents with profoundly conflicting views, Kristina became a mediator early in life. Her family life taught her much about dealing creatively with adversarial relationships and difficult problems.Indeed, much of Kristina's life can be seen as an extension of the creative problem solving that evolved from her family history. Seeing flexibility as the key to effective problem solving, she is not bound by prevailing notions of "how to get things done." When confronted by outmoded or ineffective methods of working, she creates a new way. Her intense interest in community-based psychological support systems stems in part from her work in a psychiatric hospital in 1980. There, Kristina found that conditions in the hospital, instead of fostering the healing of patients, often further traumatised them. Among these conditions was a lack of social support activities that could give patients help in seeing themselves connected&#150;and eventually returned&#150;to communities outside the hospital. Kristina realized an enormous need for a more comprehensive approach to psychological help, an approach that included a combination of psychiatry and community-based psychological care.