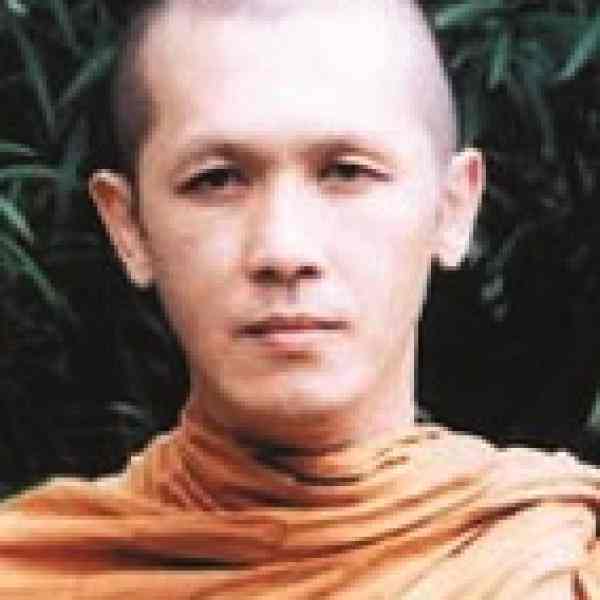 Working through both formal and informal religious educational institutions to reconnect monks with their historical role as central figures in local welfare, Phra Kiattisak Kittibhaddo is equipping a new generation of changemakers with the knowledge, skills, and partners they need to help their communities overcome a host of urgent social challenges.

Phra Kiattisak is improving the attitude and ability of an influential segment of Thai society–Buddhist monks–to become active agents of positive social change by renewing and strengthening the tradition of monks serving as community leaders. Phra Kiattisak sees the paucity of monks in the social movement as a result of lack of awareness, training, and support in community development issues when new monks are being trained, rather than an unwillingness to get involved. Through the Maha Chulalongkorn Ratchawitiyalai, Thailand&#39;s largest Buddhist monk university, and the Phothiyalai Institute, a nonformal educational institution he founded, Phra Kiattisak is broadening the horizons of young monks–particularly those from the most disadvantaged hill tribe areas–not only by demonstrating their potential to help their communities but also by providing the necessary skills for them to fulfill that potential. To offer ongoing support to monks after they complete their studies, including continued training, access to resources, and idea exchange, Phra Kiattisak also established the Northern Monks Community Development Network (NMCDN).

Rapid urbanization and the ensuing social transformation of rural areas in Thailand have diminished the traditional function of monks as key resources in their communities, with the government taking over many of the social welfare roles historically held by temples. Many in the Buddhist hierarchy have responded to these changes by distancing themselves from serving the poor in favor of a more withdrawn practice of their faith. As a result of this introspective approach to religion and well-publicized breaches of monastic discipline, monks are not seen as potential agents for positive social change. More importantly, monks do not usually see themselves as changemakers: of the nearly 500,000 monks in Thailand, only a few hundred are engaged in social development activities, with the number of those dedicating their lives to helping their communities even smaller. Without role models or encouragement, few of the many young monks who come from poor or troubled areas–the ones most aware of the challenges facing their communities–decide to take the lead in addressing these concerns.

Even for the relatively small percentage of monks who are interested in actively working on social issues, until recently there has been little formal training within religious institutions by which they can develop their skills and knowledge. Without the organization and support necessary to tap the tremendous resources of their religious community, these monks learn by trial and error, often repeating mistakes made by others. Working in isolation, they lack access to the training, experience, and partnerships available to their citizen sector counterparts.

Nonetheless, there is emerging interest–both on the part of the Buddhist establishment and on the part of society as a whole–to revive a greater engagement of monks in their communities. Reformers like Buddhadasa Bhikku (Puttatat) and Phra Dhammapitaka have engendered widespread discussion with their teachings stressing the social aspects of Buddhism. Moreover, because monks are still afforded great respect by the public, possess substantial human and financial resources, and are present in virtually every community, they remain in a good position to address problems ranging from environmental degradation to HIV/AIDS.

Phra Kiattisak realized that, although there have been successful monk-initiated social development programs focused on specific issues, there has not yet been any systematic attempt either to focus on building capacity across the monkhood or to encourgage new monks to become more engaged. Believing that monks can most effectively become involved in social change activities if provided the proper inspiration, skills, and comprehensive support while still in school, Phra Kiattisak is working through three religious educational institutions to educate the next generation of monks: the Maha Chulalongkorn Ratchawitiyalai, the Phothiyalai Institute and the Northern Monks' Community Development Network (NMCDN).

As a lecturer at the Maha Chulalongkorn Ratchawitiyalai, Thailand's largest royally supported monk university, Phra Kiattisak has already expanded the formal curriculum to incorporate community issues, both by raising these concerns in his lessons and by inviting community leaders to give guest lectures. The positive response on the part of students to this kind of instruction led to the creation of the university's first student-initiated "monks for society" club. In his role as mentor and adviser to the club, Phra Kiattisak helps connect young monks with opportunities to gain practical experience in community development.

The Photiyalai Institute additionally serves as the secretariat of the Northern Monks' Community Development Network (NMCDN), an association of socially concerned monks established by Phra Kiattisak. Currently operating in nine northern provinces, the NMCDN has expanded to include not only individuals but also groups of monks and religious institutions working on the local, regional, and national levels. By providing the practical tools for monks to share experiences, exchange ideas, and enhance their skills after they leave the university, the network facilitates the replication of lessons learned and effective approaches used in communities elsewhere. For example, the NMCDN is currently working with monks of Nan province to teach their successful strategy of using Buddhist ceremonies to promote environmental protection to other monks in ecologically sensitive areas. Phra Kiattisak is simultaneously gathering and synthesizing the collective experience of the monks in his network in order to develop a holistic Buddhist approach to social development that can serve as a foundation for a more extensive formal curriculum for future monks' education in the community development field.

In keeping with his belief in the power of individual monks as changemakers, Phra Kiattisak is using them to help expand his network. In areas where no network exists or where monks are not socially active, Phra Kiattisak identifies, trains, and supports leaders to build a network in their province. By linking these regional coordinators with academics, citizen sector organizations, and the media, Phra Kiattisak is not only constructing strong and independent regional networks but also connecting the NMCDN and the nonreligious sector, allowing both sides to gain valuable strategic partners in their common search for solutions. Monks in eastern and northeastern Thailand have been in discussion with Phra Kiattisak to adopt his approach in their respective regions, furthering his goal of extending the network throughout the country.

In many ways, Phra Kiattisak embodies the kind of changemaker he hopes to encourage others to become. Born in 1970 in a Musoe hill tribe village in the northern Thai province of Tak, Phra Kiattisak is the eldest of three sons of an ethnic Thai father and Musoe mother. After receiving his elementary education locally, his parents sent him to Bangkok to study accounting at a vocational school.

While in Bangkok, Phra Kiattisak socialized with the wrong crowd and abandoned his studies. Worried about their son, his parents brought him back to their village. Hoping to make up for the shame his continuing dissolute behavior was causing his family, Phra Kiattisak decided at age 18 to be ordained temporarily as a monk. While at the temple, Phra Kiattisak was inspired both by the teachings of Phra Puttatat, a well-known Buddhist reformer who advocated a more practical version of Buddhism, and by the monks who applied this interpretation by serving the poor. A senior monk not only convinced Phra Kiattisak to remain in the monkhood but also encouraged him to return to his mother's native village to serve as a volunteer teacher. During the four years he lived in the village, Phra Kiattisak established a school, a daycare center, a credit union, and a school for novices. In addition to making these institutions financially self-sufficient by mobilizing local resources and training community members to run them, he also actively took part in using them. For example, he became a member of the savings group to help fund his return to school, where he ultimately received a B.A. and M.A. in education.

Phra Kiattisak subsequently moved to a temple in Chiang Mai where he started a variety of new community activities: creating from scratch a computer science department at the temple school and developing and implementing a "life skills" curriculum used by monks throughout the area to teach youth about the dangers of drugs and HIV/AIDS. Phra Kiattisak's initiative won the respect of his superiors in the temple, who entrusted him with senior positions as manager of the temple's special community projects and as a member of the local and regional committees for the World Bank-sponsored Social Investment Fund for Thailand.

In March 1999 a near riot broke out between angry villagers protesting outside the provincial administration building and local police. Phra Kiattisak and several fellow monks helped diffuse the tense situation and over the course of the following months mediated a peaceful resolution to the conflict. The experience crystalized Phra Kiattisak's emerging belief in the positive role monks could play in social development and sowed the seeds for what soon became the Phothiyalai Institute and Northern Monks' Community Development Network.