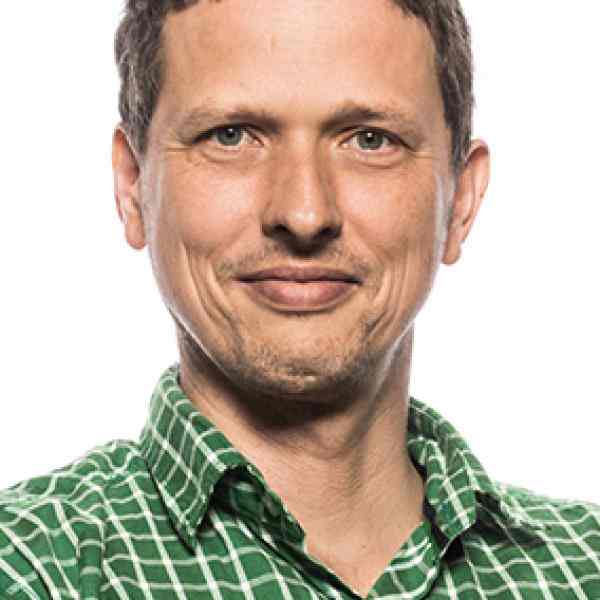 Kai Gildhorn has developed a solution to the considerable amount of underutilized and free public fruit resources in Germany, and put them towards development in rural areas.

Germany has a long-standing tradition of publicly owned fruit trees, whoses fruit are free for citizens to pick. For example, the federal state of Saxony-Anhalt (one of sixteen German states) owns 300.000 public fruit trees alone. They would be enough to meet the fruit consumption needs of the whole Saxonian population. However, these “fruit commons” remain mostly unused and under sustained, because people lack awareness, knowledge, and models for engaging with public resources.

With Mundraub , Kai Gildhorn is closing this gap in the value chain in multiple ways. In orderto make fruit commons transparent, he initiated a citizen-curated online map of public fruit. Every user can add locations of public fruit trees. To augment the number of published trees on the map, Kai furthercooperates with public authorities such as local land registry agencies in gathering data about the location of the fruit commons, which he then publishes on the online map.

The map enabled the building of a movement of active “fruit savers” whom Kai provides with a shared identity, guidelines and rules to ensure that only public trees are harvested and no property laws infringed upon. More than 30.000 members of the community are empowered to self-organize activities such as harvesting events or tree pruning days locally. With his work, Kai empowers citizens to take responsibility for the fruit resources around them, changing the patterns in which they interact with their environment and encouraging sustainable consumption. Moreover, he increases the appreciation for and value of rural areas by promoting new space utilization concepts which involve citizens in creation, maintenance and harvest of fruit commons.

More than ever, we are facing a global crisis of nutrition and decreasing biodiversity. Simultaneously, especially in Germany, there is a considerable quantity of free public fruit that remains unused. Due to this remarkable gap in the value chain, a significant amount of free food goes to waste every year and rural areas that previously specialized in fruit production became deserted.
Additionally, in Germany, companies are legally required to offset land utilization by restoring public spaces. In many cases, they do so by creating fruit meadows. However, they lack sustainable utilization concepts: after a few years, these meadows are abandoned. Here lies another huge untapped potential in the cooperation with thesecompanies.

Another problem regarding the fruit commons is that there is no one that is clearly assigned responsibility to take care of them. As there are no owners, there is also no ownership.

There is huge potential for involving citizens in the maintenance and leveraging of public resources, i.e. in creating, maintaining and harvesting fruit commons in rural and urban spaces. But they need to be empowered with knowledge about the laws and practical information relevant to using these resources, like how to prune a tree. This knowledge is getting more and more lost in modern German society, resulting in detachment fromnature and food production.

Addressing these challenges in a systemic way helps to mitigate challenges of urbanization, increasing people’s access to nature and appreciation for its cultural, social and ecological values.

Kai Gildhorn is shifting behaviour such that citizens can easily engage and feel ownership over public resources and their cultural heritage. This simultaneously engenders a sense of abundance while increasing the utilization of public spaces. His strategy aims at creating access to and responsibility for an edible environment in rural areas and cities likewise.

He understood that the first step in empowering citizens is to make fruit commons transparent. On the interactive online map on mundraub.org, users can locate fruit commons alongside published data from local authorities.
The 30,000 registered users co-create a common knowledge base about the location, types, harvest season and need for care. By connecting nature to the digital sphere, Kai is making the topic attractive for digital natives.

Secondly, Kai has identified a huge lever in working with public administration and companies in land use. He cooperates with authorities in revitalization of public land with fruit commons, actively involving citizens in planning, implementation and maintenance. Kai has identified local communities not only as a partner in making tree populations transparent, but also as an important player in creating sustainable utilization concepts for those commons.
In the rural region of “Hasetal”, popular for cycling, he they created a touristic concept with authorities, business and civil society. The concept includes offers such as environmental education activities and local fruit-based products for tourists. Furthermore, local citizens and associations started taking care of the trees as “tree buddies”. Thanks to the positive economic and ecologic effects of the concepts, it was honored with the German Award for Tourism 2014. It shows the huge potential of the valorization of fruit commons in the rural area, levering untapped cultural and economic resources of a whole region. With local authorities in Berlin, he has co-designed a concept for revitalization of public spaces with edibles. Again, citizen involvement in creation and care is key. Part of the revitalization concept is the project “Nachwuchs” (Offspring). Young parents plant a tree on the occasion of the birth of their child (a German tradition, that was not possible in the urban environment anymore), taking care of it afterwards. Kai is thereby increasing emotional attachment of urban residents to nature. The concept will now be spread to other cities.

One of Kai’s roles is the Master community organizer of the Mundraub community. Kai has managed to provide the growing community with a shared identity and label – so called “Mundräuber” (i.e. fruit pickers), shifting the community to a movement that not only harvests fruits, but takes responsibility for the environment and its biodiversity. To support regional coordination, Kai and his team have come up with the concept of “regional heroes”. These are local multipliers who function as contact person and supporter for local activities. The “regional heroes” are the interface between the local groups and mundraub.org.

Through the platform, he is enabling the users to self-organize in groups and to offer activities, such as harvesting parties, pruning activities, marmalade cooking, or environmental education. Since the groups and event feature have been launched a year ago, 50 active local initiatives of users have organized independent local events all over Germany. Those events have a huge indirect impact on the broader society through engaging local citizens and institutions such as schools. They are also getting remarkable media attention - thereby creating public awareness about the invisible treasures of nature. Fruit commons work as a “social glue”, bringing people of different backgrounds and generations together.

Moreover, Kai designs space utilization concepts for companies who are legally required to offset land utilization by restoring public spaces. He realized that this group is the third important player in revalorizing fruit commons in rural areas, as they hold a vast area of totally unused land. Today only 2-3% of all offset measures are fruit meadows, numbering 40.000 new trees per year. The 97% of new offset land still holds a huge potential.
Kai has piloted a sustainable utilization concept with the German grid operator 50Hertz, adding social corporate responsibility to the mere legal requirement to offset. As part of the utilization concept of 50Hertz’ meadows, employees and local citizens are involved in pruning, harvesting and environmental education activities. By offering companies to organize the care for their offset land through the public, a lot of other companies could be convinced to create the very biodiverse fruit meadows on their offset land.

Mundraub is currently financed through its services to cities and companies, foundation support and funds from the Google Impact Challenge. For the future, they want to gain greater financial sustainability through increased cooperation with local authorities and companies. To further improve the user experience on mundraub.org, they are currently developing a mobile app. Also, they are creating an API for integrating further non-profit projects.

By the end of the year, about 10% of the public fruit commons will be mapped on Mundraub.org. A large share of this coverage results from Kai’s cooperation with 20 local land registry authorities who publish data on public tree population via a new automated tool. After the successful pilot, all municipalities will be able to publish their data, which should lead to a sudden increase of published public trees in the following year.

Born in a village of the former GDR, Kai grew up surrounded by nature and agriculture. It was a completely natural thing for Kai to maintain and use fruit commons. With his father, he used to pick huge bags of apples and bring them to the juice bottler to get some apple juice. His early years taught him a great appreciation for nature and its treasures. “I got to know it that way and now I want to keep it that way”, he says.

Because of his strong love for nature and determined to protect it he studied environmental science, made his Phd. in ecological footprinting and worked in the field of environmental consultancy for some years.

The idea to create Mundraub was only born later in his life: On a canoe trip with friends they carried lots of supermarket fruit supply and only later realized that they just don’t need it. It was all out there! They started eating the fruits from the trees, reliving Kai’s childhood memories. They asked themselves how this richness could be made accessible to everybody and came up with the plan to digitally map fruit commons. Kai followed through with the idea.

Initially, Kai managed Mundraub on a voluntary basis, earning his living with his fair spice trade company. However, the increasing public attention on Mundraub, with exponentially growing user access every day, showed him that the need to further develop the project was huge. It was an important moment in his life: “I knew that I either had to invest all my energy in Mundraub or I had to leave it”, he says. Kai stayed. With impressive creativity and drive, he developed new activities beyond the digital mapping of commons. Now, 7 years later, he finds himself again at an inflection point in his entrepreneurial career: After having successfully managed the organic growth of Mundraub, he now sees the need for strategic focus for further scaling his impact.