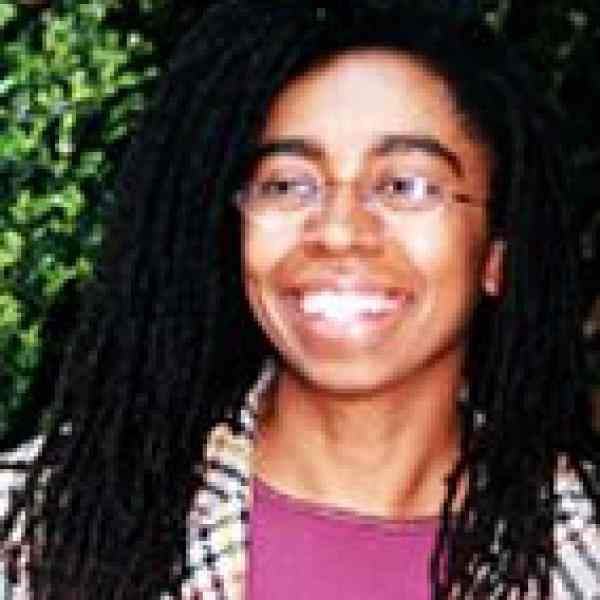 Jurema Pinto Werneck, a young physician from Rio de Janeiro, is focusing her attention on changing the alarming sterilization rates among Brazilian women, particularly among very poor (and thus primarily black) women. She is also trying to develop a therapeutic system to deal with the physical and psychological aftereffects that are specific to this large group of Brazilians.

Jurema is building a model care and support center, as well as a national awareness movement, based on the problems and effects she is documenting while working with five groups of women in the Baixada Fluminense, a densely populated, poor peripheral district of Rio de Janeiro. Jurema listens to the women's reasons for using sterilization as a form of contraception when other methods are widely available, and observes the psychological and other consequences of their decisions. She is also persuading other medical health services to gather similar information and data on sterilized women so that sterilization's reputation as the simplest and safest form of birth control can be countered with hard evidence. From this work, she has seen a need for a specialized health center for women in the Baixada Fluminense. This center will provide the contraceptive and preventive health information that so many poor women never get, as well as offer supportive therapy for those psychologically pained by their sterilization. Jurema wants to complement this center with a national awareness-raising campaign. To do this, she has set up the Rio de Janeiro Forum Against Mass Sterilization. The Rio Forum directs the attention of over 30 groups, including black movement groups, women's groups, and state councils, to the problem and involves these groups in coordinated action. Jurema is already helping start other forums in Sao Paulo, Minas Gerais and Rio Grande do Sul; together, these state forums will act as a network for information and action.

The Brazilian government has treated family planning ambiguously. While never establishing overt policies regarding population control, they have supported health programs that would presumably provide women with contraception information, and have allowed dubious family-planning programs and a variety of pharmacological contraceptive products to enter Brazil. The combination of the absence of government control over family-planning programs, lack of supervision of the drug industry and market, and the inadequacy of governmental women's health programs has allowed a disturbing pattern to emerge. Thirty-three percent of women who control their fertility use hormonal contraceptives, and, of these, 93 percent buy the product over the counter in drugstores without medical prescription. The absence of medical supervision over these consumers of contraceptives has led to widespread overdosing and misuse of the pill, with serious consequences for women's health. One of the more serious consequences has been the widespread belief that the only effective birth-control method is tubal ligation. Although sterilization is illegal except in situations where pregnancy is a risk to a mother's life, official statistics show that of Brazilian women of reproductive age (15-54) who use contraception, 49 percent have undergone sterilization, though in certain states these rates are much higher. In Maranhão, the figure is 79 percent. The pattern seems to be, the poorer the state, the higher the rate. Amazing as it may seem, most sterilization procedures are performed in the public hospitals, not only exposing women to unnecessary health risks, but also incurring significant cost to the public health sector. This is the reason 30 percent of hospital births in Brazil are Caesarean sections. The situation is so out of hand that companies have requested certificates of sterilization from female job applicants; political candidates have sought votes by offering free sterilization; and some municipal authorities suggest, especially to poor women, that sterilization is the only viable alternative. The consequences are obvious. One is that 25 percent of the women who have undergone sterilization regret it. Not only do these women feel themselves to be "less of a woman," but recent studies have demonstrated that eight of ten sterilized women suffer from chronic side effects, including endometritis and menstrual irregularity.

Jurema's strategy works on three levels. First, she is working with groups of sterilized women in the Baixada Fluminense developing a direct understanding of their needs and a therapeutic approach to their problems. These groups are multiplying. She has also produced educational pamphlets on contraceptives and sterilization, and has distributed them among these groups. Second, she is drawing public attention to the issue of sterilization. The state forums are steps towards a national Campaign Against Mass Sterilization. Finally, she is working on the National Congressional Committee charged with reviewing all aspects of sterilization. This committee was set up following a proposal to Congress that sterilization be legalized. Though the bill has not been approved for lack of a quorum, Jurema is trying to make sure the policy-makers understand the perspective of the sterilized women.

Jurema has always been concerned with community health. While at the university, she helped design and implement an internship program in community health, then became one of its first interns. After graduating from medical school, Jurema began work with the Rio de Janeiro City Health Secretariat. Her work in several favelas and in the city's leading black umbrella organization led to her involvement in women's health and to her focusing on the social and medical implications of the country's extraordinarily heavy dependence on sterilization.