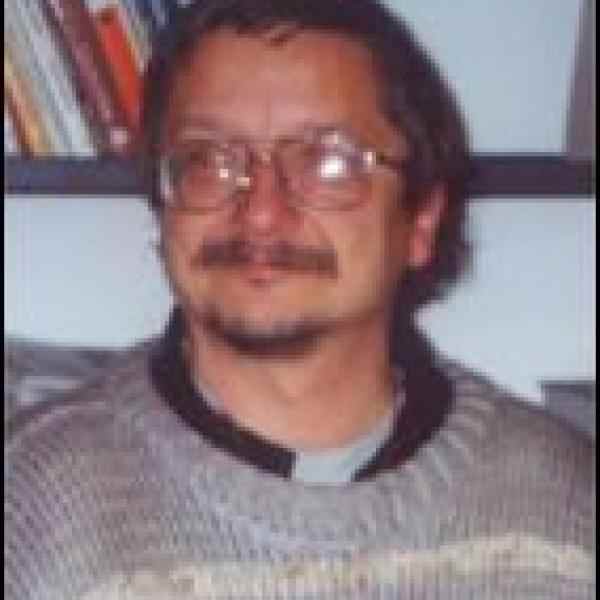 Juraj Lukác is developing new forms of citizen engagement to protect Central Europe's rapidly-shrinking forests. He is educating citizens, environmental officials and logging interests about the need for and long-term benefits of forest conservation.

Juraj Lukác is changing the management plans for Slovakia's ecologically-critical forests, which are undergoing rapid destruction. He believes that the best chance to protect this essential natural resource lies in mobilizing the public. He is therefore developing a large-scale grassroots conservation movement in the region. He builds on the environmental concern that motivated early citizen resistance to the former communist regime. However, the realities of creating a new government amid limited resources have forced environmental issues to compete with other urgent needs in Slovak society. One of the distinctive features of Juraj's work is that, while he has maintained a focus on forest management, he takes the additional steps of developing mechanisms to maintain a community-based stewardship for forests and to push for articulation of protections under new Slovak laws. To achieve his goal, Juraj is organizing local citizen groups that will serve as "armies" and "protectors" of the forest. These groups take the responsibility for the management of specific areas of forest and work with local logging firms to ensure that buffer zones along streams and springs are preserved and that tree regeneration occurs in areas used by the logging industry. Juraj believes that only through such efforts of dedicated and organized people, working concretely on the ground in region after region, can the forests of Central Europe survive.

Approximately 30 percent of Slovakia is covered by forests, but this forest cover is shrinking rapidly through logging and damage from acid rain. This diminished forest cover has created a destructive cycle of increasing soil erosion and a decreasing capacity of the ecosystem to retain water.

The problem of poor forest management has a long history in Slovakia and the region. Management plans are classified information, and they are the most important forest management documents because they set policy for ten-year periods. Citizens are thus unable to access and review government management plans, while the acute need for foreign capital has placed new private owners under pressure to over-exploit this resource. The government itself is also tempted, and current regulation allows it to use the trees found within national parks as sources of timber-and thus of income.

Juraj has established a nongovernmental organization based in the Cergov Mountains, called the Wolf Forest Protection Association. It is conducting a long-term campaign for containing forest devastation that results from forest management activities. His strategies employ citizen monitoring, public education, and pursuit of legal status to participate in management policy.

Juraj has organized a decentralized, citizen-based monitoring system to intervene in forest management, with a structure that allows citizen groups to respond quickly and flexibly to local needs. If a logging company, for example, seeks to expand into an area, the community groups can negotiate with the loggers to establish "set-aside" zones and work out viable solutions through compromise. If the loggers violate environmental regulations and agreements, citizens' "rapid response teams" can mobilize quickly to prevent widespread damage. If a large-scale response is required, the local group will be able to call upon the larger parent organization for assistance. Juraj not only hopes that the combined pressure of these groups will force the government and industry to change their policies but that it will also force the government to release its forest management plans. In mid-1996, Wolf successfully intervened in plans by the local forestry authority to log several hundred hectares of old beech forest on a hill in the Slanske Mountains in eastern Slovakia. Through a combination of blockades and media coverage emphasizing the negative consequences of clearcuts and proposing alternative logging and management techniques, Wolf persuaded the authority to change its plans and employ more sensitive approaches to harvesting and managing the forest. Similarly, Juraj's organization, in co-operation with Polish partners, blocked construction of new downhill ski courses in a hill on the Slovakia-Poland border; there is a nature preserve on the Slovak side, and building the ski resort on the Polish side would have destroyed the reserve.

Juraj is lobbying for legislation which would set aside one-fifth of Slovakia's total forests as reserves that could not be used by the logging industry, and he is proposing a complete ban on clearcutting and other environmentally-harmful logging techniques. In cooperation with Ashoka Fellow Juraj Zamkovský and his Center for Environmental Public Advocacy, Wolf is also pressing for a seat at the table during forest management decisions. The parties to this planning process have broad decision-making powers, including the right to request a revision of final decisions by a superior State authority and by a court. Wolf and the Center are laying the groundwork for public interest law precedents. They have argued that, under Slovak law, anyone whose rights and legally-protected interests could be directly affected by a forest management decision has the right to become a party to the process. The citizen groups have further argued that current management practices lead to tangible quantifiable losses, which affect the communities they represent and that they thus have the right to become involved in the decision process. Though the regional forest management authorities and the Supreme Court of the Slovak Republic have so far refused to grant access, their judgments could serve as an example for other citizens' organizations. Compared with earlier practices of State authorities, the decisions opened up space for new approaches in the effort to obtain the status of a party to decision proceedings. It is, for example, possible to identify several entities that have suffered various degrees of injury by the existing forest management practices that have not yet considered obtaining such status but may do so in the wake of Wolf's efforts.

Wolf uses balloon flights to monitor clearcuts and proliferating deer populations (related to the hunting of wolves, which Wolf, aptly, lobbies to regulate) in the Slanske Mountains; the flights are an appealing instrument for public education and an effective complement to the organization's consistent use of the mass media. To spread Juraj's ideas to other parts of Slovakia, Wolf provides support and fosters the growth of local groups concerned with the preservation of the forests. Wolf volunteers joined Ashoka Fellow Michal Kravcik's People and Water work camp to construct local water catchments in the summer of 1996, for example. Juraj has reached out to other groups throughout Central Europe to help ensure the survival of forest ecosystems in Poland, the Czech Republic, Hungary, and Slovakia.

Juraj has also begun a publishing house which produces environmental literature using recycled materials. It is the first of its kind in Slovakia and Juraj hopes that it will serve as a model for similar operations in other parts of the region.

Early in life, Juraj fell in love with the forests of Slovakia. As a small boy, he used to visit and explore them frequently. He was a creative child who had an uncanny skill for building devices and small machines.

Not surprisingly, he studied robotics engineering as a university student. He excelled as a student and upon graduation quickly became one of Slovakia's most respected robotics engineers. However, he always remained a faithful friend of Slovakia's forests. He is also recognized as an expert on wolves, another personal passion related to the health of forests.

After the 1989 revolution, Juraj hoped that the new regime would begin to practice more sound forest management. But sadly disappointed by the new government's failure in this area, he decided to give up his successful career and begin his own organization, dedicated to the cause of Slovakia's forests.