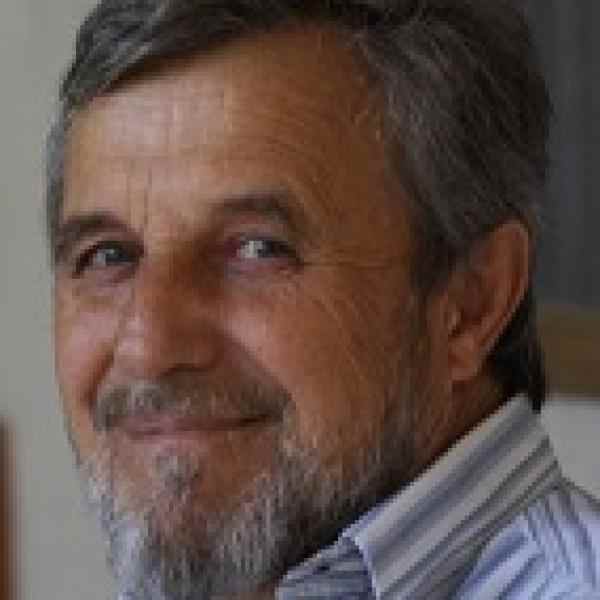 Julio Moure, working in the most underdeveloped area of Tabasco state in southern Mexico, is building (1) what promises to be Mexico's most successfully innovative school and (2) a web of closely interrelated community self-help health, nutrition, education, and development initiatives. Many of the individual elements and the overall approach should be useful models across the country.

Julio's work is a rich orchestra of ideas whose overarching themes order the many particular elements and individual solutions. Many of the parts are powerful, often elegantly clean solutions to problems facing similar communities in other places. But their effect is multiplied because they grow out of the values, concern-rooted practical observation, and broad understanding of people and how the world works that Julio has developed life.

The first of Julio's themes, which grows out of his varied experience with grassroots and adult education in Mozambique and Mexico, is that for education to work, especially in developing countries, it must be a central part of an integrated attack not only on illiteracy, poverty, ill health, and malnutrition -- but also on the underlying deep sense of helplessness and fatalism. This is in part because a malnourished student coming from a family that urgently needs his or her work, especially if the schools seem poorly connected to these needs, is unlikely to long remain a student. In the area where Julio is working, 78 percent of the children have historically dropped out before reaching sixth grade, generally perceived as the threshold of functional literacy. Even more, it's because helping people take the leap to take charge of their own lives and communities is both essential and very hard. This realization leads to Julio's second controlling theme. Each element in the overall score must be played, as quickly as possible, by the community itself.

Guided by these themes, Julio's work breaks into two major areas -- educational and developmental. Operating in a mountainous area with terrible communications, where the predominantly indigenous people generally must farm week after week to survive, Julio has built an intensive Tuesday to Thursday residential high school. The students, who range from 12 to 25 years old, work in their scattered home farms Friday through Monday and make the trip to and from school only once a week. While there, they work intensively from early morning until late in the evenings, covering more ground than they would in the normal schedule of five half days. There's far more that's out of the ordinary about this cornerstone of Julio's work than its schedule.

The teaching methods the school uses, while covering what the official syllabus requires subject by subject, does so in ways that engage the students' existing knowledge and interests and are organized in order to engage students in educating each other. For example, mathematics begins with what is for these students the most gripping and obviously relevant of issues -- how to measure land. Pythagoras' theorem comes up somewhat later -- in the context of how to build a roof. How the school teaches Spanish illustrates its overall approach. Each week the students go home to observe and think about a subject, be it death or parenthood. While still at home they write a composition capturing their reflections. Back at the school they read their paper to the class, which then discusses the theme as a group. That evening the students reassemble in small groups of five or six students and help one another improve what they had written -- correcting spelling, straightening out grammar, and tightening logic and style.

Each group has access, as needed, to faculty advisors as it goes about this job.Each student's finished papers are ultimately bound into a book he or she takes home at the end of each year. The portion of the work extending beyond the school is a mix of successful conventional interventions (e.g., vaccinations), the introduction of familiar techniques that are new to the area (e.g., fish farming, manioc and pig production) and true innovations such as raising macaus and a rare local parrot in captivity for both species preservation and sale.

Mexico has invested heavily in education, but it is not getting commensurate results. It is also a country that is now 70 percent urban and one that is rapidly industrializing, yet broad areas and far too many of its people lag behind.

Tabasco state, where Julio is working, is ironically one of Mexico's richest. However, its income from oil and cattle are far from evenly distributed. Vast areas of the state are extremely poor, often lacking basic services such as roads, water, electricity, or schools.

The area of Huimanguillo where Julio chose to focus his work is an extremely mountainous area in the state of Tabasco. The rugged terrain and the incredibly high rainfall combine to make most agricultural efforts impossible. When Julio began his work in the Huimanguillo area, the communities also had no electricity, no running water, no health services, and no pre-school programs or post-primary education. Four of the eight communities in the area, where 3000 people live, are accessible only by foot or on horseback.

The key elements to Julio Moure's success are his comprehensive approach, his openness to innovation and experimentation, and his unquestionable commitment to helping people help themselves.

When Julio arrived in Huimanguillo two years ago with his wife and newborn baby, he was received with courteous hope. "Nobody that could go anywhere has ever chosen to come here ... " said one campesino, while helping to fix Julio's house. In the process of helping Julio with his new home, helpers and observers alike pointed out that among all their community needs, schooling (pre-school and middle school) was their priority.

As an experienced educator, Julio set out to fill this need. He soon discovered a series of problems: a) the villages were scattered throughout a large area and students often had to walk for hours to reach the central area where the school was located, and b) youngsters were so important to their parents' agricultural labor that they could not be spared for the whole week.

Hence his intensive three day a week boarding school. The villagers (parents and students) built the school, each community taking responsibility for the dormitory for their own youngsters. In the process they were also building their community ties and self esteem. The school then became a center for other activities involving the students and their families, and reaching out to the broader community. The students and the health agents trained by Julio's team, for example, participated in the vaccination campaigns, which not only got the students more involved with the community, but also made it easy to convince the families to accept the vaccination.

With each success the community became more organized and willing to try new things. However, the path of development hasn't been without failures; the vegetable gardens that produce the food for the school were adopted by the communities in a year of unusually high rainfall (in one of the already very wet areas of Mexico) with disastrous results. Rabbits known for their breeding potential fell ill and had to be dispatched. But these very problems led Julio on to a major success: if the area is too wet for tomatoes and rabbits, its just fine for fish and ducks. Starting with one pond carved out of a hillside near the school, the area now has 21 highly productive ponds with 30 more under construction. Carved on the mountain slope and populated by tilapia, the fish ponds provide a substantial improvement to the protein-poor traditional diet and are also a source of income.

Julio and the community are testing many other possibilities for improving nutritional standards and generating income (e.g. a new strain of goats sent by the University of Guadalajara), but Julio's major success has been to promote the empowerment of the community. Roughly a year after Julio Moure's arrival, the community began to demand more of government. Their no longer passive attitude has already brought new investments in electricity and water. Their own initiatives are bringing far more.

Julio was trained as an educator in his native Spain, at the University of Madrid, and at the University of Paris VIII. From 1976 to 1984 he worked in Mozambique, first, in the field, where he achieved remarkable successes combatting the 95 percent illiteracy rate, and then, in the capital, helping both the Ministry of Education and at the University of Maputo. However, he wanted to return to hands-on work, and in 1984 moved to Mexico with his Mexican wife. For several years they settled in the Netzahualcoyotl area of Tabasco. Working with the state government, he set up a secondary school and adult education programs for four communities. Although these programs were successes, Julio felt that the institutional barriers made it very difficult to build the sort of broadly cross-cutting program he felt essential.

He therefore shifted to Huimanguillo. He was ready to apply all he had learned over ten years of experimenting with helping the poor open the doors to both knowledge and the will to use it.

Julio says, "My reward is my work." It's a very big achievement. Students are beginning to come to see what he has done. Several universities are as well. And Julio hopes actively to spread its impact through writing and limited speaking.

Julio&#39;s work in education is predicated upon an understanding of respect and appreciation for people and their culture forms the basis for growth through endogenous development. Uniting cultural roots with science develops creativity, opens new doors and returns awareness of value and dignity to these people. Before undertaking any work it&#39;s necessary to &quot;trifle away&quot;, analysing the problems and creating a consensus to find possible solutions. This dialogue allows everyone to have their say, it sparks off new approaches and favours self-management. After creating this consensus, look for the most accessble way to explain what is being planned so that everyone can understand this and feel a part of it.