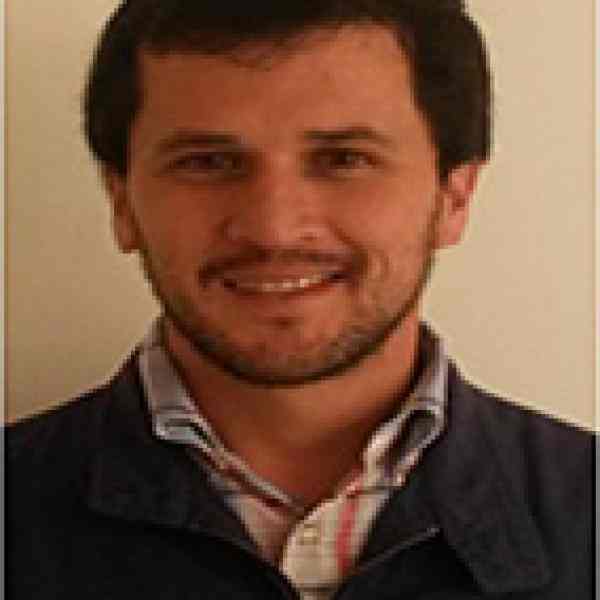 Juan Diego Calisto and his organization Ruwasunchis, meaning “Let’s Do It Together” in the Quechua language, are breaking the pattern of despair and subsistence living in marginalized communities in Peru. By training community change leaders by feeding them into age-appropriate learning activities from birth to adulthood, Juan creates multipliers of positive values and entrepreneurial skills. In this way, Juan Diego prepares the ground for other allies to enter and for development to take off.

Juan Diego Calisto is starting a citizen movement in the poorest and most marginalized urban communities in Peru. His organization, Ruwasunchis, is based on the four values of community, humility, commitment, and openness to change. Unlike other programs that deal with one or two aspects of marginalized communities, Juan Diego’s approach is comprehensive and starts at the roots. By training community leaders from a very young age, he “raises” them to be changemakers in the community, ultimately receiving the prestigious designation of Tarpuq – “one that plants.” In that way, the very DNA of the community is changing as the Tarpuq become role models and multipliers of the skills and values they have learned.
The Ruwasunchis model works with each age group, offering age-appropriate workshops in the realms of personal, professional, and family life. Running throughout all workshops is an emphasis on overcoming the many barriers in the community, as well as creativity. While most community development projects focus on the effects of poverty, Juan Diego’s model works to prevent it, seeding new habits and integrating them closely with families. By working with all family members (and ages) on a Personal Development Plan (PCP), he meets community members where they are, but involves them continuously in the process of iteration. From the womb to old age, the Ruwasunchi activities develop both values and skills, while also generating income.
All along, Juan Diego’s model treats the community residents as change agents, capable of improving their own situation and training others to do the same. By strengthening social fabric, Ruwashunchi is making it easier for external allies to help. Volunteers, businesses, and other partners join in to support the communities, providing channels to push change forward. In this way, Ruwashunchi is institutionalizing the formation of new role models, and accelerating change by setting a baseline of activated citizens to attract and engage other allies.

In the marginalized urban communities in Peru and across Latin America, residents face a lack of opportunities for work and study as well as nonexistent or deteriorating infrastructure and public services. Meanwhile, domestic violence and gang activity threaten the lives and livelihoods of many. Children follow the example of young adults and adults, and without many positive outlets for sport, art, or other creative activities, the negative cycle continues and they model the bad behavior of their elders.

The education and labor systems in these communities do not emphasize creative or entrepreneurial endeavors, and the opportunity for professional or specialized work is rare. For example, in Manchay, an informal settlement on the outskirts of Lima, 30 percent of adults are construction workers. Women in particular are excluded from income generating opportunities, making it difficult for them to feed their children or send them to school. In some cases, children are expected to contribute to the family income from a very young age. Furthermore, remnants of the political violence from the 1980’s are still present, whether expressed through domestic violence or in organized gang activities.

With regards to women, the statistics in Peru are alarming. 76 percent of those illiterate are women; income for women is 35 percent less than men; and 94 percent of victims of sexual violence are women (77 percent of these under the age of 18). Children are equally vulnerable, experiencing violence at home, or being raised by single mothers.

Juan Diego founded Ruwasunchis in 2009, and as director, he works full time alongside a staff of three. He is in charge of fundraising, supervising all projects, and overseeing the side-arm social business, Ayllu Ruwasunchis, which he created to offer sustainable funding for a Ruwasunchis and act as a channel to market his community products. Juan Diego works in in vulnerable urban communities, such as San Pablo Mirador in Manchay, a squatter settlement outside of Lima where his idea first began.

Juan Diego's motivation is to enable people to achieve their dreams. He is grateful for his own life story, which has allowed him to influence people and support them in reaching their potential. Juan Diego studied at a private school and comes from a wealthy family who abruptly suffered an economic crisis. For a period, there was no money to pay for Juan Diego’s education, and his mother had to borrow money on more than one occasion to keep him in school. During school, he was chosen for the soccer team, and played in the minor league and then on a club team throughout his high school years. His father’s drinking problems eventually led to his parents’ separation. Afterwards, Juan Diego’s mother began looking for work at age 40, which was difficult for her to find and adjust to. Meanwhile, Juan Diego studied at a pre-agrarian program, paid by his grandmother, and was able to enter the National Agrarian University, La Molina. Although Juan Diego was not born in a rural community or a low income settlement, he experienced problems similar to those that such communities face. This led him to want to contribute to his country by solving related social issues.
At university, Juan Diego started volunteered teaching English courses, theater, poetry and cooking in a school for children with physical disabilities. At age 21, he went to the informal squatter settlement called Mirador de San Pablo Manchay. After talking with the leaders and teachers there, he began leading painting and soccer classes. Gradually, his friends began to accompany him to deliver the workshops. In 2008, after graduating, Juan Diego went to work for a year in the department of Ancash, where he helped amaranth and wheat producers from rural communities reach market. In 2009, he moved to Cuzco and worked in community tourism and then to moved Lima to explore work in varios CSOs and social businesses. During this time, he dedicated nights and weekends to developing his own idea, which he called Ruwasunchis since 2009. This idea, he hoped, would bring opportunities for personal and professional development for thousands.
In 2012, he was chosen as a “Global Shaper” by the World Economic Forum, and in 2013, he founded Ayllu Ruwasunchis as a social brand that offered a market to artisan weavers from vulnerable communities. This year, Juan Diego was the only man awarded the Spotlight Award from the United Cooperation for Women in Peru, recognizing him as a social entrepreneur empowering women. Juan Diego is dedicated to empowering young people to increase their social, academic, and entrepreneurial skills and become leaders in shaping change in their communities, and in society at large.