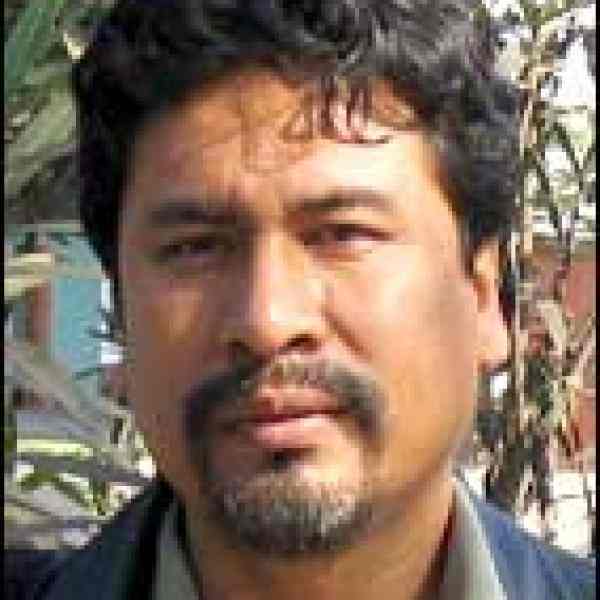 In Lima, one of the world’s driest urban areas, growing numbers of low-income neighborhoods have no access to running water. Juan Carlos is proposing a new approach to sustainable waste management. His system can be installed at one-third the cost of traditional water and waste systems, it saves 50 percent of typical urban water consumption, and most importantly, it involves local citizens in development and financing in order to ensure sustainability. In a city where a growing population is putting tremendous pressure on an already failing system of water and waste management, innovative thinking is necessary to prevent a health crisis of drastic proportions.

Juan Carlos is taking advantage of a unique moment in the history of Peru’s water and waste management to create a new field of sustainable waste management. In order to bring this new field to life, he is working to bring together communities, engineering professionals, and government policymakers in the hope that all can move towards a common goal of clean running water for all Peruvians.

Next, Juan Carlos works with water and sanitation engineers, most of whom have been trained for generations that the only waste management solution is the expensive and unsustainable one of using scarce potable water as the hydraulic system to carry waste away from urban area. Juan’s pilot projects based on new technologies and strict conservation are slowly beginning to reverse the single-mindedness of Peruvian water engineers.

Finally, Juan Carlos has designed new policy approaches for the government which involve greater community participation. This participation ensures local policy is generated largely by community members themselves instead of being imposed by government officials. This not only allows communities to build their own water management infrastructure through small investment increments—and therefore feel some ownership and responsibility—but it also helps quell water riots that have recently been sprouting in the outskirts of Lima.

In most fast-growing slum neighborhoods surrounding Lima and in many rural areas, there is no running water, and there is very little possibility that they will gain access to water in the future. Peru is one of the driest countries in the world—ranked 60th by the United Nations. At its current rates of growth and water use, Lima will run out of water by 2025. The crisis will be felt most deeply by the 70 percent of the Peruvian population who lives on the coast. Growing areas without running water face both high prices for water that must be hauled in by trucks and health hazards resulting from a dysfunctional sewage system.

In the greater Lima area alone, there are 1.1 million people without running water, and that number grows daily as people migrate to the cities from the country in search of work. In the 1990s, the government invested $1.2 billion dollars in sewage systems for rural and suburban areas, but studies show that 90 percent of that investment sits unused because there is not enough running water to carry the sewage away. There is an emerging consensus among the professional engineering community that this indeed constitutes a major crisis, and that the traditional, hydraulic-based waste management system cannot be the answer.

Adding to the crisis, water riots have exploded all over Lima, much of them in response to a recent government announcement for dramatic water rationing that would make water available just 12 hours per day for the next 6 to 12 months. Citizens are calling to a new, democratically elected government for help, but the current process to apply for community water can take up to 10 years because there is simply not enough water to pump to these areas and no money with which to extend the existing water system. As much as the new government would like to help, as long as they are trapped in the current failing system, they cannot do much.

To gain legitimacy and to attract the attention of government officials and policymakers, Juan Carlos has structured a coalition of 29 organizations into ECOSAN, a working group made up of all the key players, from communities to universities to Peruvian and international citizen sector organizations (CSOs). He has also worked closely with World Bank expert technicians to develop feasible engineering plans. His approach, which has significant support, calls for small, bite-sized investments, community by community, in which the citizens offer to pay 40 percent of the project costs into a reliable waste management program. Juan and his coalition would not only make the program more affordable, but they would be turning protesting citizens into direct contributors to a new solution and ensure its long-term survival.

Juan Carlos offers different technological choices to the five communities in which he has piloted his new approach. Families can opt for a dry toilet which separates liquid from solid waste and recycles each, they can combine the dry toilet with filtering and cleaning of their gray water, and they can convert the gray water into clean water available for the community to use in irrigation of public parks and gardens (ECODESS system). The gray water can also be used in urban agriculture projects, with waste being used as fertilizer and for soil enrichment.

Juan Carlos’ five pilot communities will have a sustainable waste management system installed for one-third the capital cost of a traditional system. Most importantly, these communities will be directly involved in the development and support of their systems, and will no longer wait for a “free” water system to appear from nowhere. Juan has successfully communicated the futility of waiting and the advantage of taking responsibility for something today and directly tackling a water scarcity problem that will likely get worse in the coming years.

Juan Carlos studied architecture at a university that was closed on various occasions by the military government for being too left-wing, and he learned that architecture isn’t just about buildings but it is also deeply connected with social issues. He went to work CENCA, a CSO which was widely respected as a leading urban and architectural planning group. He has worked there for 14 years, progressing from analyst to partner, always actively finding funding for the projects on which he worked. He found himself focusing more on the linkage of urban and rural areas via water and irrigation projects, and in 1997 he received a fellowship from the Habitat International Coalition to travel in Mexico. There he saw new technology alternatives for conserving water and avoiding sewage, but most of them had been abandoned or were being used as chicken coops because they had been developed without any community input.

He returned to Lima, altered the dry toilet system, combined it with his previous work on irrigation systems, and took his plan to a slum neighborhood meeting. By engaging the citizens in a dialogue, he discovered that they didn’t all want the same system but that they would be willing to pay for systems that fit their individual needs. With CENCA’s support, he began searching for funding from a CSO to finance his pilot, all while building alliances with universities, businesses, community organizations, and government.

As water rationing becomes a way of life in greater Lima and funding remains scarce, Juan Carlos will use this network and combine it with the innovative technology and healthy community involvement that has shown tremendous promise in addressing an increasingly critical problem in modern Peru.