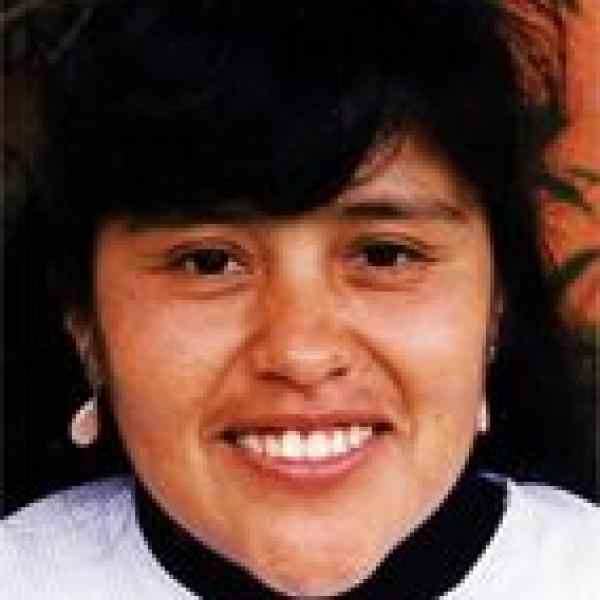 Josefina Condori Quispe runs a home for Peru&#39;s invisible girls–children from rural areas who work as maids in the city. She gives them a place to stay, makes sure they get an education, raises their self-esteem, and lays the groundwork for change in public opinion and policy.

Though many Peruvian organizations defend the rights of domestic workers, only Josefina works exclusively with young girls. As a former child maid from the countryside, Josefina strives to bring to light violations against the rights of this invisible sector of the workforce, giving girls back their childhoods and improving their lives. She established a home that prepares girls for a brighter future while solving their immediate problems. Josefina obtains and sorts out the official documents girls need to attend school and receive health care. She also provides job training and employs them in small businesses that support her program. Josefina raises public consciousness of human rights abuses against girls, directly targeting Peruvians who routinely hire children, and is advocating for public policy that will better protect this otherwise invisible community.

Five percent of all young girls in Peru work as domestic employees, totaling about five hundred sixty thousand people. While the plight of street boys is well known throughout Latin America, girl workers suffer behind closed doors. The problem is rooted in rural Peru&#39;s severe poverty. Many poor families are forced by circumstance to send their girls to work in the cities. In other cases, girls frustrated by their low status at home run away to cities in search of employment. Many girls are only familiar with indigenous languages when they arrive in the cities and are unable to speak Spanish. They do not learn about their rights and the services available to them. Furthermore, they arrive with no documents and may not go to school. The girls are subject to poor treatment by their employers but have no recourse. Anecdotal evidence points to rampant physical, sexual, and verbal abuse, although no statistics are available. Those fortunate enough to get into the public school system still do not receive proper attention. Night education programs for child workers are notoriously poor. Employers rarely grant live-in workers the time they need to study and do homework. Abuse, lack of proper education, and isolation from other young people all contribute to tremendous developmental and psychological problems.

Josefina currently works with girls at the Center for Integral Attention for the Domestic Worker, or CAITH, in the city of Cusco. In fact, CAITH was set up to defend and shelter older workers, but young girls began to seek help there, either by referral or by following word-of-mouth. Josefina, who arrived in Cusco as a domestic worker herself and who helped to found CAITH, introduced the specialized program for rural girls. Josefina&#39;s first service to girl workers is to ensure that each one holds proper identification. This can be difficult, because a girl may not remember where she used to live or even what her own last name is. Making identification often requires that Josefina accompany girls on a search for their original homes and families. Though the girls do not remain with their families, merely seeing them eases worries, and helps girls rediscover their own identities. Trips to the countryside also help Josefina build her network by telling her life story and introducing girls to municipal workers and local officials. She builds understanding among these local figures and turns them into collaborators on her project, creating an infrastructure that can later help identify new girls who arrive at the Center.
Once the girls have documents, Josefina helps them enroll in public school. Those under twelve attend classes in the morning and return to Josefina&#39;s home in the afternoon to wash their clothing, play, watch television, celebrate holidays, and take part in other normal youth activities. They are trained to do housework, which helps them find jobs and negotiate their employment when they reach working age. During training, they also help out at CAITH&#39;s tourist hotel, generating income for the project.
Josefina promotes girls&#39; participation in national and international events that deal with child workers. There is already a large movement of such workers in Peru who meet regularly to discuss issues and develop plans to defend their rights. Previously, the movement represented only street boys and young female domestic workers had not yet been included in the dialogue on exploitation, self-sufficiency, and political, social, and legal activism. Building on girls&#39; participation in this movement, Josefina&#39;s new organization creates its own events, forums, and campaigns to further educate the public, children&#39;s aid institutions, the media, and government authorities. Josefina supports the services to invisible girls by running a small bakery and laundry where girls work and learn basic management skills. Furthermore, she hires girls who show commitment to the cause and management potential to help spread her work and is gathering support for academic scholarships.

Josefina was born in impoverished Patambuco, in the south of Peru. When she was seven, her father died, leaving her mother to tend to four children. At the age of eight, Josefina left her rural community and went to Peru&#39;s capital city to work with a cousin as a maid and caretaker for their new baby. Josefina&#39;s first years with her cousin&#39;s family were difficult because she did not speak Spanish, the only language permitted in their home. Josefina watched her cousin&#39;s daughter go to school and play with friends while her own needs to study and play like a normal child were ignored completely. To the families for whom she worked, she was nothing more than an employee forced to work in the kitchen and take care of someone else&#39;s child.
At the age of twelve, she finally convinced her cousin to let her start first grade at night school. Through adolescence, Josefina lived and worked with one family after another and was abused by several. At eighteen, she started to attend an organized group of domestic workers&#39; meetings. At twenty, she began to lead her own programs geared toward younger female workers. She continued to study at night and earned her high school diploma at twenty-four. She began her own business, selling sweets on the outskirts of Lima, but continued to housekeep in order to build capital.
A few years later, she became involved in the movement of domestic workers and helped found CAITH&#39;s Cusco center. She was only supposed to organize workers in night school but took responsibility for housing young girls, as well. From these experiences, Josefina developed her new idea on how to look after girl workers, prepare them for the future, and generate national solutions to prevent other young girls from suffering the same injustice she once endured.