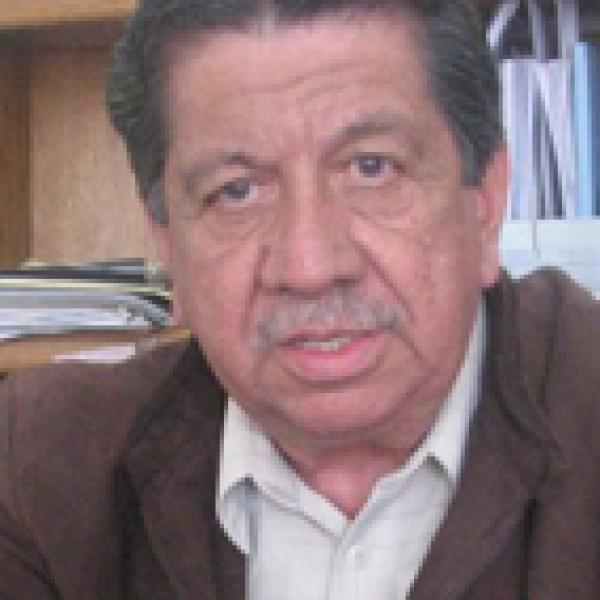 Perez, who lives in Tijuana, is helping migrant workers on both sides of the border protect their most basic rights.

Perez has dedicated his life to defending the rights of the hundreds of thousands of Mexicans and Central Americans who cross U.S. borders each year in search of work and better way of life. These migrant workers, considered illegal on both sides of the border, suffer abuse and robbery at the hands of police and employers. They have no rights or access to medical assistance, and are often cut off from their families whose livelihoods depend on the income they send from the U.S.In the last ten years in Tijuana (across the border from San Diego) Perez, the founder of "Centro de Informacion y Estudios Migratorios," has helped thousands of people beaten and robbed by police and coyotes (people paid by migrants to smuggle them across the border) to recover their money and sometimes, to press charges against the police. He has also been working to break down sterotypes that Americans and Mexicans entertain about illegal immigrants. His insightful articles, conferences, and interviews have gained him international recognition.Now anchored on his experience and credibility, Perez wants to reach beyond "curiativa" measures. He is working on a two-pronged approach: (1) trying to change immigration policies and legislation (presently, any person intending to cross the border is considered a criminal), and (2) working with migrant populations in the states of origin, traditionally the poorest states in Mexico, to provide information and services through radio, press conferences, and literature on the subject. This effort will, he hopes, lead to the formation of a network of migrant workers and their families as well as a constituency to support his work.

Mexico/U.S. migration was not always considered to be a problem. Migration across the border started over a century ago when American railroad companies recruited Mexican workers for construction jobs. During World War I, the American Braccero Program was implemented to compensate for the many agricultural workers who fought in the war. In the post-World War II era, the agricultural boom in the Southwest was built primarily on cheap labor from undocumented Latino workers. Even today, U.S. authorities estimate that a minimum of 800,000 migrant workers are needed each year during harvest time.

Many of these workers have been crossing the frontier illegally for more than ten years, paying coyotes to see them across the border and thus making themselves vulnerable to extortion, sexual abuse, and illegal detention.

Perez has documented thousands of these cases of violence, in which families are separated, children moved to different detention areas, women raped, and lengthy detentions imposed without charges.

Even in the U.S. the ilegales are mistreated and live in subhuman conditions by American standards -- in cardboard shacks with neither running water nor sanitation, with no access to medical services, and under the constant threat of being caught by police and sent back by the American Immigration Service.

According to Perez, Mexican and American discrimination and policies have aggravated the problem in recent years. In 1979, under pressure form the U.S. government, Mexico approved legislation making the intent to cross the border a crime. This has made migrants even more vulnerable to policeabuse.

At the local level Perez, helped by a team of pro bono lawyers, and volunteer workers/students, defends the cases of migrants whose rights have been violated. Many of these cases are precendent-setting. They are used as platform to change the policies and procedures of the Mexican government as well as the perception of the border phenomenon in Mexico and the U.S.

One example Perez's accomplishments is a string of cases brought before the regional, national, and international authorities (including the U.N. High Commission on Refugees and Amnesty International) that has brought a decisive end to the "immigration checkpoints" that are run by the Mexican government along the border. These institutions, operating at bus terminals and airports, were the sites of extraordinary examples of corruption and human rights abuse. Putting an end to the filters was a milestone for Perez's group. "The checkpoints were against the constitution, and they were allowed by officials using a very confused part of the law to ask for extortions," says Perez. "We have Article 11, the freedom of transit for every man and woman. Money was stolen at these checkpoints; [there were] jailings and physical violations. Then in June 1988, I was called by the National Chief of Immigration of Mexico, who said he was now going to give the order [to close] all these checkpoints. Now tens of thousands of people are no longer victims of immigration checkpoints."

Perez knows that while economic and social crises persist in Central America and Mexico and while the demand for workers in the U.S. remains, migration in the large numbers we see today will continue. He would like to change the laws that consider workers criminals and protect them legally.

To that end, Perez believes a broader constituency is necessary. These migrant workers are a powerful economic force, sending back to Mexico billions of dollars (second only to tourism as the most important source of income, even if 30 percent of the checks sent to Mexico get lost in the mail). If they were well informed and organized, these people could prevent the commonly inflicted abuses. Perez is finding leadership in the United States, which has a large migrant population. Through lectures, courses, and the media, he is providing information and promoting the development of a network of migrant groups and organizations.

Perez's personal involvement with illegal immigration began with his father, who migrated to the U.S. when Perez was very young. In 1967, Perez was an undocumented worker in the United States working his way up to the grape fields of northern California and on to Alaska, trying to realize the same dream of economic opportunity that he had heard of growing up near the border.

In the 1970s, while working as an accountant in Tijuana, he maintained an interest in the subject of migrant laborers and wrote several articles. In 1975 he returned to the U.S. In his own words, "I went to fields in Arizona, California, and saw migrant workers living in caves and under bushes -- just living with no protection. After that, I started to look for testimonials and personal stories, and took that information to the people, to the public through newspapers, radio and television."

Yet Perez felt that simply presenting testimonials was not enough, and in 1979 he organized the "Centro de Informacion de Estudios Migratiorios" where immigrants could go when they lost family members or money, or when they were without a place to live. Says Perez, "We must help these people because, for hundreds of thousands of people, immigration is a way of life, a pattern which was begun long before they entered this culture of the border. They have rights like every other human being."