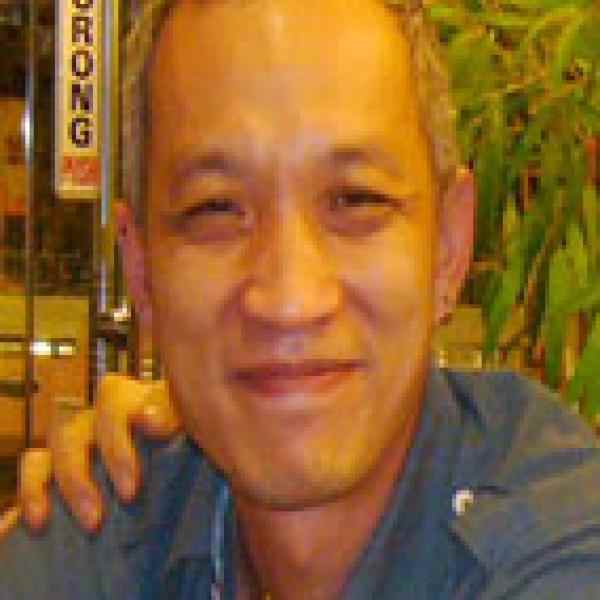 A film producer and publicist, John Badalu is working to reverse the cultural trend of discrimination against Lesbian, Gay, Bisexual, and Trans-sexual (LGBT) individuals in Indonesia. Using the incredibly popular medium of film, he is increasing tolerance of diversity and empowering sexual minorities.

John has built a platform for public discussion of homosexuality to encourage discussion and increase tolerance in Indonesian society. Using film as vehicle to bring people together, John launched an annual Queer Film Festival in several major Indonesian cities, in which a series of quality films are screened and public discussions are hosted. The Q! Film Festival was created to engage the general public in a stigmatized issue, prompting open exchanges and promoting understanding of LGBT issues. The Q! Film Festival and corresponding activities are organized and run by hundreds of volunteers. The Festival gives LGBT individuals (among others) an opportunity to work together for a common goal, and plays a powerful role in transforming LGBT volunteers’ understanding of themselves as full citizens who can live purposeful, profitable lives. For many volunteers, participation in this community transforms their roles in society, prompting them to pursue new activities and passions. As the Q! Film Festival expands to cover new issues (including the rights of Chinese minorities, which is another contentious issue in Indonesia) and to new cities, opportunities for volunteer engagement will continue to expand.

In recent years, the issue of homosexuality has begun to gain traction as a subject for public discussion, but homosexuals are largely portrayed in a negative light, with media and popular culture often presenting individuals in comical stereotypes. Thus far, the nascent field of LGBT activism in Indonesia has been largely focused inwards, towards the development of support groups and advocacy groups. However, there is still a great need for public discussion and debate to build respect, understanding, and tolerance for diversity within Indonesian society at large.

In this context, it is often difficult for sexual minorities to come to terms with themselves. This can have profound negative consequences on individuals’ self-esteem and sense of identity, preventing them from regarding themselves as full citizens in society. This is especially true for young people, who are already struggling to define themselves and their sexuality.

John launched the first Q! Film Festival in 2002 with a small group of journalists and film critic friends. The idea grew out of their weekly film discussions and their desire to share their dialogue and community, which they called “Q-munity,” with a broader group of people. They launched the festival in Jakarta with virtually no money by convincing several European cultural centers to host screenings of alternative films focusing on LGBT issues. They were astounded by the public response, as each night of the festival was a sold out event.

Under John’s leadership, Q-munity has grown to include an expanding network of over 200 volunteers hosting Q! Film Festivals and other events in five major cities in Indonesia. Q-munity is now a legally registered organization with staff, fundraising activities, and a growing set of programs centered on the power of film to change the prevailing culture of intolerance of diversity.

Q! Festival Films and related events are free and open to the public, which ensures that film festivals draw large audiences of film-lovers, LBGT and heterosexual alike, and helps bypass intervention by the national censorship board. Drawing on his connections and expertise as an internationally-known producer, film publicist, and festival coordinator, John has been able to guide Q-munity in gathering an impressive array of quality films from around the world. After film screenings at the Q! Film Festival and other events, Q-munity volunteers guide audience members in coming together to talk about the culturally sensitive issues raised by the films. Additionally, each Q! Film Festival incorporates a wide range of complimentary events such as art and photo exhibitions, HIV/AIDS awareness activities, sessions to meet film directors, and seminars on themes in the films such as homosexuality and religion. John ensures that events are respectful and safe spaces for open discussion between people of very different backgrounds and belief systems.

Hundreds of volunteers are enlisted to organize the Festival and related events throughout the year, and this outpouring of support has helped the group expand organically, as volunteers at the original Q! Festival have launched festivals in other major cities. This demand speaks to a need of LBGT individuals not simply to support each other in inwardly-focused groups, as but to work as a community with a common purpose.

Q-munity’s reach has extended beyond their film festival, as it now runs a growing set of year-long events and public service announcements, as well as a film competition John started to encourage Indonesian film production. He attracts well-known speakers to host discussions in universities and other venues, providing a natural arena for the discussion not simply LGBT issues, but also other sensitive topics related to discrimination against minorities.

Further, John has made good use of the publicity he has garnered with the Festival to gain influence in policy circles. He and a group of Q-munity volunteers successfully lobbied the Indonesian National Commission on Human Rights to include sexual minorities among the groups they support. John also works closely with the most well-known gay advocacy group in Indonesia, founded by a group of Q-munity volunteers.

John is at a clear point of inflection in his work. Only in the last year has Q-munity become a legal entity, and started expanding its donor base to fund activities such as public service announcements. In large part, this is due to John’s decision to devote more full-time to this project. John plans to expand Q! Film Festival by supporting festival volunteers in launching in new cities and by partnering with LGBT organizations in other parts of Indonesia. Increasingly, John’s film connections in other countries are turning to him for guidance in replicating his work, and he is currently helping launch a similar film festival in Bangkok.

John grew up in a Chinese Indonesian family in South Sulawesi. As an ethnic minority, he experienced discrimination from a young age, and as a Buddhist, John is also a religious minority among both the Chinese and other Indonesians. As a young person, he realized was gay, which made him a member of a third minority group.

Prompted by an early interest in film, John started studying English at a young age, and later learned French. After studying marketing in university, he participated in a student exchange program to live in Canada. It was a transformative experience for John, who gained a new perspective on Indonesian culture and on himself.

After returning to Indonesia, John worked in advertising and communications, and started to write as a freelance journalist and film critic. Starting in 2000, John worked with various European cultural centers in Jakarta to coordinate cultural events, including British and Italian film festivals. He became operations manager of the Jakarta international film festival. John’s love of films and his belief in the important role they can play in people’s lives have been central to his life and career.

After 2002, when John and a group of friends launched the first Queer Film Festival in Jakarta, he began to travel to international film festivals as a presenter and programmer, promoting Indonesian films to audiences abroad. He now has a strong reputation as an expert in Indonesian and queer films, and has been invited to serve on juries of prestigious film festivals. He has also begun producing and directing films of his own.