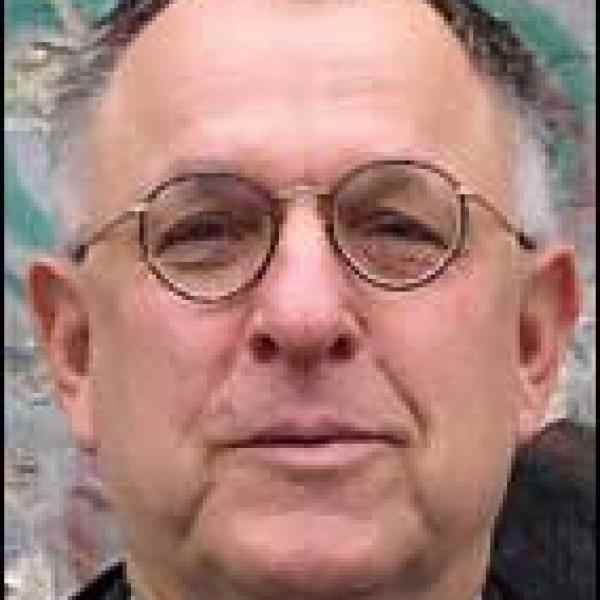 Johannes Hengstenberg is convinced that climate protection is not abstract and complicated, but a question of sound communication and access to information. Johannes developed a hands-on system that shows how easy it is to save energy: He provides online tools that enable every consumer to track their energy consumption and allows them to take action to reduce it. He is changing how citizens consume, modernize, or build houses, by demonstrating the additional value of “saving energy.”

Johannes is putting the climate change debate in terms that ordinary citizens can understand by helping them reduce their energy consumption, CO2-emissions, and cost. Having found that “moral appeals” are often off-putting and rarely translate into action, Johannes emphasizes the economic benefits of a more sustainable lifestyle. He has developed a hands-on system that shows how easy it is to save both money and energy, enabling consumers to track their energy consumption and take action to reduce it. His tools identify the money saved when consumers upgrade their home appliances and heating systems, modernize water boilers, or change the materials they use to build, saving them up to 60 or 70 percent of their energy costs. By providing sound communication and better access to information, he hopes to encourage everyday citizens to include “saving energy” as a key factor in their consumer choices.
The second piece of his work involves opening up direct communication between consumers and appliance manufacturers to better inform both parties of the latest in energy-saving technology and to meet the rising demand for more efficient appliances. He offers new incentives to both manufacturers and installers to invest in energy-saving technologies, providing both groups with online ad space and ratings based on their energy and money-saving potential.
To date (2008), Johannes has reached more than two million people in Germany and is currently expanding his efforts across Europe and abroad. Thanks to his simple and cost-effective approach, he has mobilized citizens to save an estimated 3.4 million tons of CO2, and has driven positive changes in the heating and appliance industries as a whole.

For years the debate about climate change and renewable energy sources has been left in the hands of scientists and governmental experts. Using abstract concepts and complicated statistics, their arguments fail to engage everyday citizens. While a growing number of national media campaigns and political programs have taken up the issue, most have relied on unspecific tips and ineffective moral appeals. Meanwhile, the vital information for consumers—how much energy do I consume, what emits how much, and how to consume less—have been largely ignored. As a result, electricity consumption continues to rise by 3 percent each year in Germany. Households and small consumers account for nearly 25 percent of all CO2 emissions, producing 140 million tons of CO2 each year in Germany alone, yet most people continue to underestimate the impact their household energy consumption has on CO2 pollution.

Because consumers currently lack adequate information about their household energy use and the devices available to reduce it, there is little demand for energy-saving products. As a result, the market currently offers few incentives for energy suppliers to promote energy-saving products. Indeed, energy companies have an incentive to make their energy bills as cryptic as possible: By making it difficult to track the amount of energy used, they often prevent consumers from recognizing their considerable savings potential. Moreover, Germany is currently home to roughly 2,000 small-scale manufacturers of energy-related products and services, who rely almost exclusively on a vast range of intermediate suppliers, installers or craftsmen to market their products. These suppliers, however, often lack up-to-date skills and knowledge of the latest energy-saving technologies, and consequently have little incentive to promote the use of more innovative products. Furthermore, because they lack direct communication with their consumers, manufacturers in the sector have been largely unaware of changing market demands.

In 1992, with the help of some software engineers, Johannes developed a program to analyze energy bills. The tool offers personal comparisons to the national average, and identifies a household’s saving potential, both monetarily and in terms of CO2. Having initially distributed the tool through a variety of partner organizations, he has since launched an online interface at www.co2online.de, where anyone can access the tool free of charge. The website additionally offers email services, FAQ sections, and relevant how-to information on subjects ranging from modernizing heating systems and basements, to insulating roofs, walls and windows. The site presents contacts to relevant services in the vicinity, guidelines on how to apply for government subsidies, and a best practice archive. Recognizing that public education is crucial to effecting widespread change, Johannes includes a variety of technical know-how using everyday language with constantly updated charts and general statistics on emissions.

Marketing is a key component of his strategy. In one successful outreach effort, Johannes offers media websites, businesses, and related citizen organizations the chance to rebrand the tool in exchange for placing it on their website. For example, Abendzeitung, a Munich-based regional newspaper and one of his first partner organizations, displayed the tool on its website as an “Abendzeitung-energy saver for our readers.” The tool enjoys added credibility from each recommendation as it remains free of charge and corporately unaffiliated. To date, he has built up a network of 700 such partner organizations, which deliver an average of 10,000 completed advice sessions each week. He has also partnered with ZDF, a popular public television station, to start a competition called “the energy savings champion”, giving prizes to the ten households that save the most.

Johannes constantly tests and adapts his methodology to reach a wider clientele. He discovered the best time to reach people was during “critical decision times,” when they moved, or built, or inherited a home. Johannes consequently expanded his network of online partners to include real estate portals like Immobiliencout24, and secured media coverage in relevant professional journals. He then built partnerships with institutions that are likely to be contacted when building or renovating, such as savings and loan associations, Regional Energy Agencies, local building authorities. Johannes has also sought to engage non-homeowners in energy-saving efforts. Tenants can fill in their home’s energy balance on the website, and then they receive a draft letter to their landlord to inform them about saving opportunities. Johannes found that one in four of the landlords renovated their rental building within 36-months after receiving the letters from their tenants.

Recognizing that the elderly and many of those with especially old appliances often lack internet services, Johannes continues to promote the tool offline. He pushes housing and tenants’ associations to organize local meetings, events, and press conferences, and equips them with relevant brochures called Heating Surveys (Heizspiegel) and questionnaires. He has found that children and teachers can be powerful allies in spreading his message, and provides them with a 1,000 questions climate quiz, practical hints, and other materials that illustrate how to save energy. He plans to start online training sessions for workers in plumbing companies, as many frequently install new machines and instruments incorrectly, resulting in a loss of energy efficiency.

Having discovered that his users lacked access to the tailored products and services required to implement his suggestions, Johannes turned his attention to improving communication between manufacturers and consumers. He developed a set of incentives for appliance manufacturers to communicate directly with interested buyers, using the website’s data on consumer behavior to inform producers about the market potential of energy-friendly goods. He offers them ad space on his website, and highlights them according to their energy and money saving potential. Home-owners likewise benefit, as those who check online for the most energy efficient heating system find exactly what they seek. Johannes is additionally taking steps to reform the relationship between manufacturers and installers. Installation experts and craftsmen, too, can advertise on his website, but must first take a test assessing their degree of “energy-saving competence.” The best-informed and highest quality craftsmen in a particular area then appear first on consumer search lists. Finally, to improve the installation processes themselves, Johannes has established training programs in partnership with several manufacturers, who train installers to maximize energy conservation.

Johannes complements these marketing and reform efforts with government outreach. After lobbying for years for a new European energy directive, Johannes won a major victory in 2006, when a directive was passed stipulating that energy bills must be transparent, monthly, and consistent. The new legislation also demands that each member country cut down its power consumption by 1 percent every year. When responsibility fell to the municipal electricity suppliers, Johannes created a new service to help these utilities to motivate their customers. Called the “HomeResourcesAccount” (Energiesparkonto), the service provides customers with an online account and an energy monitoring device. The user enters his meter readings for electricity, gas, even water, and can then automatically track the exact energy balance of his home—receiving quarterly account statements that identify how much energy has consumed and saved. After testing the tool among CO2online users, who pay 1 Euro per month for the service, Johannes rents the service to relevant institutions that offer it to their customers.

In addition to direct lobbying efforts, Johannes has secured several major government grants and service payments, which today comprise the bulk of his funding. Municipalities across the country have hired him to inform constituents about their energy saving potential through regional speaking engagements and informational materials. Thanks to this recent collaboration, Johannes estimates that CO2online has the potential to reach roughly 20 million consumers. Since 2004, he received a Federal Ministry of Environment grant to run an extensive campaign that aims to lower private households’ CO2 emissions through improved efficiency in heating, electricity, and transportation use.

Using printed and emailed questionnaires, Johannes has found that after consulting CO2online, 91 percent of users modernize or plan to modernize their household appliances, 56 percent renewed their heating system, and 29 percent hire an energy adviser. More strikingly, every consultation saves an average of one ton of CO2 and costs the government about 1 to 2 Euros, compared to the 80 Euros per hour charged by professional engineers to analyze a home’s saving potential. The engineers, however, are not bypassed, they come just one step later, after the online advice has whetted home owners’ appetites, CO2online recommends hiring pros for details.

Since July 2004, Johannes’ online advisers have motivated people to avoid a total 2.4 million tons of CO2. Johannes has replicated his approach in Austria, and is now working with partners in Poland, Ireland, Switzerland, and France to spread the technology across Europe, and hopes to ultimately take the technology worldwide.

Johannes has been interested in social and environmental issues since childhood. He studied economics and wrote his dissertation at the renowned Max-Planck Institute, founded by Carl-Friedrich von Weizäcker and Jürgen Habermas, two forerunners of the early globalization debate.

Having long been active in the environmental and peace movements, he left his economic research in 1987 to help found the Global Challenge Network (GCN). The GCN began as an international citizen organization whose mission was to link various global initiatives tackling problems of war and armament, the North-South conflict, and environmental destruction. There, he focused on bringing leading scientists from renowned think tanks together with activists from environmental organizations like Greenpeace and BUND, as a way to facilitate the exchange of information and expertise. After the fall of the Berlin wall in 1989, he went to Eastern Germany, where he co-founded a citizen organization for environmental protection.

Increasingly disillusioned by political debates on the growing threat of global warming, Johannes decided to devote his efforts full-time to finding a pragmatic approach to climate change. In 1992 he pulled together a group of friends and they went to work figuring out how to analyze energy bills. Their simple goal: To make energy consumption transparent. It was from this office that CO2online and their many subsequent projects developed.

Recently Johannes was awarded the Sustainable Energy Europe Award (2007); was one of five finalists for the German Social Entrepreneur 2008 Award of the Schwab Foundation, and won the 2008 CleanTech Media Award for sustainability.