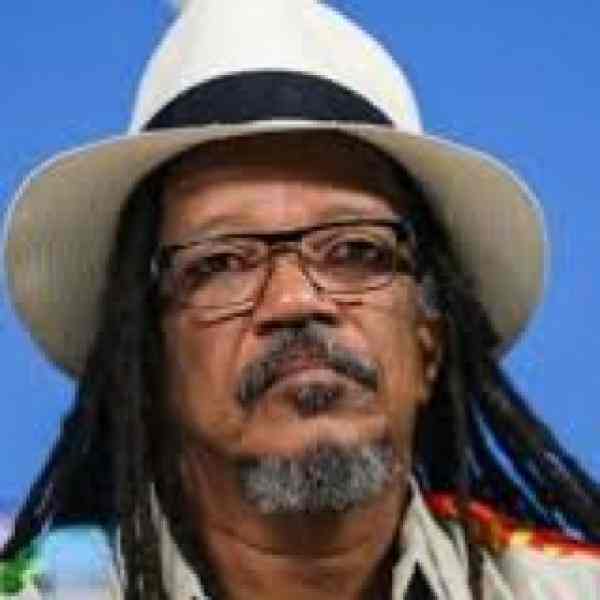 Joao Jorge Santos Rodrigues has been a life-long resident of Salvador, Bahia, the capital of Afro-Brazilian culture. He has learned how to strengthen neighborhood cultural organizations economically, legally, and by helping them provide new social and political leadership. He now hopes to spread his approach nationally.

In 1986 Joao Jorge electrified the Salvador Carnival. The local group he had helped revive, Olodum, entered the competition with a display heralding prominent blacks in early Egyptian history. The newspapers debated the history and the appropriateness of using Carnival for such social ends for days. Although Olodum did not win the Carnival competition, its message touched a nerve, and the music it created to carry the message is still popular.Joao Jorge joined Olodum in 1983 after failing to get several other neighborhood groups to grow beyond their one-purpose (social or Carnival), typically one-person-dominated limits. He helped Olodum broaden its leadership by giving it a democratic legal framework. He helped it take up and sustain the fight to preserve its neighborhood, part of the historic (black) core of the city and a major cultural center, in the face of politically-aided commercial pressures. He helped it develop education programs for children, adolescents, and adults. For example, Olodum's marching massed base drums, a highly successful element of its program for adolescents, is increasingly famous across Brazil, especially in its black communities.Joao Jorge, Olodum, and the other groups he's influencing are also increasingly concerned with the economics of their and their communities cultural output. Carnival produces enormous revenues. Shouldn't a good part of it come to their communities? Shouldn't they create their own multigroup Carnival buying and manufacturing cooperative to cut costs and create jobs? Shouldn't they capture more of the economic benefit of the music they create by producing and distributing their own recordings?Joao Jorge's answer to all these questions is "yes". He's started to demonstrate practically how community black culture groups can capture much more of the economic benefits of what they're creating. He's created the legal framework for Olodum and others that's a prerequisite to adding this commercial dimension, Olodum has started producing and distributing its own recordings, using its media expertise to profitable effect in the process. He hopes to pursue other ideas over the next years.Underpinning all these results are the two core changes Joao Jorge is bringing to grassroots culture groups: sharply enhanced institutional capacity and very significant social awareness and involvement. When he discusses the results of his six years' work with Olodum, Joao Jorge talks with particular pride of how its many programs have "formed people who are active in the full range of movements" and of how those "who came to Olodum as fourteen year old adolescents are emerging now as leaders". The group's transformation for him was symbolized when it was able to hold its own intellectually in the debate about Egyptian history that followed its 1986 Carnival statement.Joao Jorge feels he's mastered an important set of skills and that he's demonstrated an approach that could help the disadvantaged black half of Brazilian society significantly. Over the next several years he'll continue to experiment with and develop the approach in his Salvador base, but increasingly he'll be focusing his efforts on spreading it nationally. News of parts of his work has already spread to some black community groups in Rio and elsewhere, but the sort of institutional change Joao Jorge is seeking requires more than that. He'll provide direct help to key groups in other cities. And he'd like to experiment with ideas such as creating a network to encourage exchange and cooperation between leaders of sympathetic cultural and Carnival groups, anti-racism organizations, and groups working for poor children.

Slavery ended for Brazilians of African descent only in 1888, and many of the conditions of slavery persist into the present. Chief among them are: an almost perfect correlation of poverty and blackness, shattered self-confidence and limited organizational and institutional capacity in black communities, and the many insidious forms of prejudice that stand between Afro-Brazilians and a decent life.These generalities become hard realities in community after community, even in Salvador with its 90 percent Afro-Brazilian population. Much of the cultural activity occurs in what is called the historical center, which is made up of poor communities, including Joao Jorge's Maciel-Pelourinho. The people of these neighborhoods produce music, art, dance and crafts that are eagerly sought by Brazil's middle and upper classes and foreign tourists. But they reap little of the benefits they produce.Some of these communities are under commercial pressure as the city grows and seeks to modernize. Their reputation for crime and, more recently, drugs, further complicates and embitters the debate over their futures.Crime is indeed a problem. It is a reliable indicator of poverty, unemployment, weak self-esteem, and inadequate community involvement and organization.

Black neighborhoods traditionally have two pillars of organizational strength, the Afro-Brazilian religious associations and the local cultural groups that traditionally mobilize an enormous effort for their city's annual Carnival competition.Joao Jorge's strategic objective is to help as many of the groups constituting this second pillar deepen their institutional capacity and become engines of social awareness and change as possible. If he can cumulatively redefine what communities expect of such groups, suddenly more and more neighborhoods will have a new social arm.Joao Jorge's work over the next four years will weave back and forth between the local and national levels. He'll launch his national network of political-cultural organizations over the coming year. At the same time he'll be seeking out and then trying to help promising local groups move down the path he's laid out towards social and economic as much as cultural leadership. Both elements reinforce one another.

Joao Jorge was born in Maciel-Pelourinho. His father worked in a petrochemical plant just outside of Salvador. He lost his job after the military coup because he had been a union leader, and the family was plunged into poverty for years. Despite this, his parents kept him not only in school but off the streets. Before and after school he worked and grew in a German Franciscan convent. Its library gave him access to the world. Further, it gave him both a sense of human rights and the mastery of language that has ever since been a critical skill.At 18 he left high school and the convent and began work in a petrochemical plant. The wages were good; he saved and bought a taxi. By 1979 he was working in the plant, driving the taxi, and studying law part time. Following in his father's footsteps he was heavily involved in the newly legal trade union. He wrote for the union paper and was elected a representative. For his troubles, however, he was fired in 1983.From 1975 onwards he's been fascinated by the possibility of turning local Carnival groups into something more and has been getting to know and starting to experiment with several such groups. With the successes he's had with Olodum now, he's found the tools he needs to realize this long-standing idea.