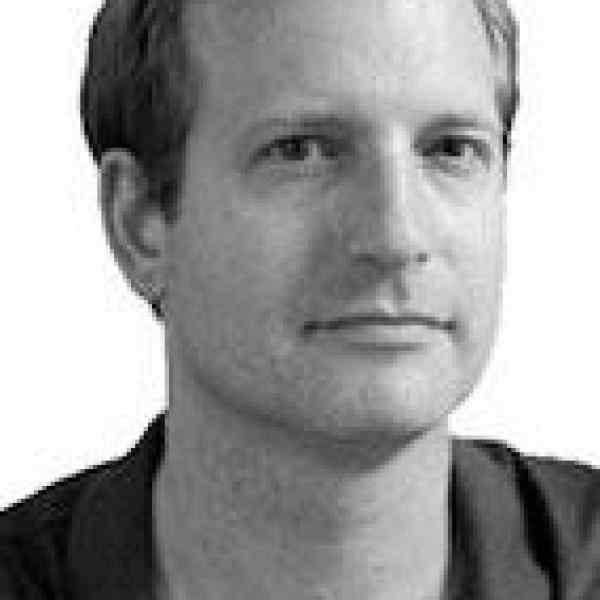 Check out this video of Jake's work:

Jake Shapiro is democratizing public media by creating an open architecture and marketplace that allows new producer entrants, delivers greater choice in programming, and guides the field from traditional broadcasting to a flexible and interactive multimedia approach.

In principle, public radio and television addresses the collapse of traditional commercial strategies for bringing quality, diverse content to Americans: Free to its 30 million listeners, it is supported by public and private grants. In reality, however, public media has ghettoized itself, providing relatively narrow content to a relatively narrow audience. Jake is democratizing both content production and distribution, leveraging new technologies to create powerful sharing networks for producers, distributors, and consumers that catalyze new levels of engagement. His Public Radio Exchange (PRX), formed in 2003, has 110,000 registered users and is public media’s largest archive of on-demand programs for broadcast and digital use, housing tens of thousands of pieces. Grounded by a native knowledge of new media technologies and production, PRX is shaping public media’s transition and using the moment to create new platforms, habits, expectations, and offerings in the early 21st century.

Public broadcasting emerged about 30 years ago in the U.S. and has three main “legacy” operators. National Public Radio (NPR) was created in 1970 through congressional passage of the Public Broadcasting Act in 1967, which at the same time created the Corporation for Public Broadcasting (CPB), the government entity that funds both public radio and television (PBS). NPR is a privately and publicly funded membership organization and the country’s leading provider of public radio content and distribution, now serving about 600 radio stations around the country. Its main content rival providers are American Public Media and Public Radio International (PRI).

While much of the content of public radio is produced at a high level of quality, it most typically resonates with a relatively limited and elite listenership, failing to appeal to younger, lower-income, and non-white audiences. In part, critics say, this disconnect stems from a lack of diversity in programming: The industry tends toward formulaic delivery geared to the sort of educated audiences it understands. While the NPR “voice” is distinctive, and while its journalism justifiably wins many awards, its “formula” has grown safe and not especially adaptive, just at the time when the industry needs—for reasons of its business model and its public mission—to cultivate, engage, and inform new listeners.

This conservatism stems from several sources. First, public broadcasting has been somewhat insulated from the economic forces wreaking havoc on commercial media: CPB revenue has stayed steady in the face of an advertizing downturn, as have private donations. So producers and stations haven’t felt an urgent need for dramatic change. What’s more, the structure of the public media “industry” has encouraged parochial strategies geared to protecting perceived strategic “turf” and market share.

The result: As the Internet and digital media introduce new possibilities for content creation and distribution, existing public broadcasting models have been slow to experiment, much less fully embrace the opportunity. Providers use the Internet as a distribution channel for established programming, but are not exploiting its full potential to move the industry to a place of greater democracy and engagement. Instead, content providers and member stations alike rely on vouched-for nationalist journalist packages, augmented with locally produced features, to deliver news to passive media consumers.

Jake’s strategy to democratize and reshape public media operates on several levels. His first and still core service, Public Radio Exchange, is an online marketplace that allows independent producers, listeners, and station programmers to find each other and share content. On this web-based platform, producers anywhere can upload their programs—and stations anywhere can download. PRX takes care of the technology and the licensing, creating a fair market for creative radio work that otherwise wouldn’t be heard amid the public radio mainstream. Stations can easily assemble diverse and exceptional programming that fits their listenership and its (local) preferences and needs.

The Exchange reflects Jake’s approach to content supply, forging a diverse portfolio that creates pathways for new content providers and attracts a broader range of listeners—all while building the PRX brand. He describes it as a pyramid approach: The base is completely open, meaning that anyone can register on the PRX site and share content according to technical specs. The second tier is partially curated, through machine and human review. Algorithms help to establish a basic rating for type of content, and the PRX reviewing community has options to rate for quality. At the pyramid’s top, PRX showcases select offerings that it itself has produced, including The Moth Radio Hour and State of the Re-Union with Al Letson—two promising new programs of 2010.

Al Letson is the fruit of another content strategy—a discovery of the Public Radio Talent Quest, hosted in 2007 by PRX and the Corporation for Public Broadcasting. The five-round contest surfaced 1,400 contestants, most of them first-time producers. Supported by Jake and his team, Al Letson, one of three contest winners, shows the trajectory envisioned: Raw talent advancing fresh content is spotted, then helped along to production and national distribution at scale by PRX. Letson’s program explores how American cities and towns create community and offers vital cultural narratives that show the uniqueness of locale. He explores area news, cultural happenings, and grassroots movements. The radio show is one-hour, released in blocks of five episodes and available to PRX and NPR member stations. (Prior to becoming a radio producer, Letson was a community organizer and poet in Florida. He is African-American, explicitly reflecting Jake’s push for diverse programming.)

But PRX is as much about diverse distribution as about diverse content. Jake sees that as demand for media moves online, PRX can broaden listenership by shaping new distribution channels for use by public stations and producers. Jake’s team built and launched a series of streaming applications that brought programming from PRI and a host of stations to the Internet. This work led to the Public Radio Player, an iPhone application for public radio content—which in turn led to elegant iPhone apps for This American Life—which has been downloaded 80,000 times since February 2010—WBUR, and NPR News. The enthusiastic reception of these applications, developed by PRX’s internal technical team, has brought other shows knocking to PRX’s door. (PRX turned down one request from a program whose values and content were commercial and didn’t sync with PRX’s mission.) Jake sees a revenue stream emerging as PRX develops an expertise in the creation of smart phone applications that also advance the mission: Extend distribution for select content. The selection of application “clients” is another example of PRX’s curatorial role in shaping the industry by subtly controlling, or guiding distribution.

While PRX tests out and advances new platforms and tools, Jake sees value in advancing the shared discussion with industry leaders. PRX is a wedge and anchor in discussions with the other three industry leaders. The latest iteration of this discussion is Public Media Platform, a consortium including PBS, NPR, PRI, and APM funded by the Corporation for Public Broadcasting and the Knight Foundation and currently in a six-month pilot phase. The goal: To create a unified online platform where all public media producers, distributors, stations, and listeners can upload and share their programming—a true interactive media experience that reaches a broad national (if not global) audience. The politics are daunting—a similar effort failed three years ago—but Jake is hopeful and is committing time to this. He sees the promise that the web affords in making public media truly public, and he believes that, as an outsider with deep new-media expertise, he and PRX are uniquely equipped to steward that pioneering shared strategy.

Jake’s early values were shaped by his parents, who pursued their passions: His father, a medical director of a non-profit psychiatric hospital, gained exposure to Russia through his musical interests—he was part of a university chorus that toured there in the early 1960s. Jake’s mother, a musicologist and pianist, encouraged Jake’s music interests as he learned cello and guitar.

Jake developed an early love for Russian language and culture and lived in Moscow in the early nineties: he was hired to run a language and political studies program there during 1992-95, and built out its immersion components so that participants would have full exposure to the society, not just the safe or sanctioned elements. In Moscow, he witnessed the turbulent forming of a new democracy as the society restructured itself around new ideals and institutions.

Jake’s interest in the Internet as a disruptive technological tool emerged from his experiences in music. He returned to Boston in 1995 to start a rock band—Two Ton Shoe—and an independent label, for which he developed a website, including some of the earliest open audio and MP3 distribution. Open file sharing bore surprising fruit in the form of a viral hit song in South Korea, a record deal, and sold-out tours in Seoul.

Jake was recruited as a producer for The Connection, a formative experience that ended in a high-profile firing of the host by the producer over ownership rights, causing Jake and the other producers to walk out and form an independent production company to carry the show for another year—experiencing the financial and other challenges of being a producer. Joining the Berkman Center for Internet and Society in 2001, he arrived just as new forms of media were emerging, and new behaviors were forming around them. There, he saw the power of shaping habits by guiding the emergence of new digital tools, such as the podcast.

Jake formed PRX in 2003 with producer Jay Allison and a consortium of station owners, which incubated PRX until 2008. PRX’s early growth was enabled by the collapse of the dot.com industry around that time, and much of the early code was built at very low cost to the fledging organization. PRX now has 10 full-time staff, and a strong volunteer base.