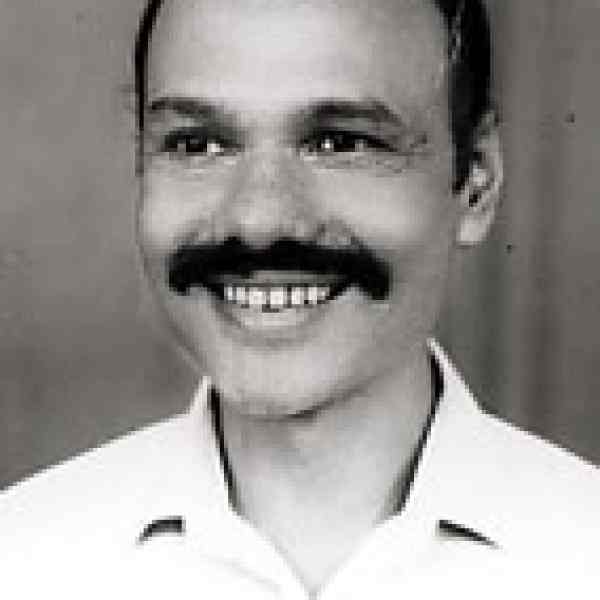 Jagdish Pradhan is helping peasant farmers in arid parts of India to reclaim traditional community water management systems and convert to organic farming while reversing more than two decades of growing "drought vulnerability" brought about, in part, by the introduction of "modern" agricultural methods and large-scale government irrigation schemes.

Almost thirty years of agricultural "modernization" in India has reaped a mixed harvest. While "Green Revolution" gains in grain yields, especially, are historic, not all areas have benefited evenly, and modern agricultural systems&#150;which include large-scale public irrigation schemes, hybrid seeds, petroleum-based fertilizers and chemical pesticides&#150;don't always make more sense than traditional systems. Jagdish Pradhan has found that in arid, hilly regions, such as Kalahandi and Western Orissa, traditional community water management systems provide an economically viable and environmentally sustainable alternative that also makes these regions less vulnerable to regular droughts. Not coincidentally, these traditional water management methods depend upon types of social cooperation that can stimulate further income benefits. For example, small family farms lend themselves to low-input, high-design "organic farming methods" that can produce for premium niche markets. Jagdish uses the direct benefits and social energy that come from reclaiming a cultural patrimony to organize food production and marketing activities for this premium market.

Although the introduction of Green Revolution agriculture and large-scale public irrigation schemes have resulted in many benefits for India, they have also produced negative consequences. Large-scale government water management projects have given those that benefit from them an unfair advantage over those not served in nonirrigated or rain-fed areas. This has driven many peasant producers off the land, causing a vicious cycle of reduced water in nonirrigated areas, increased farmer indebtedness, reduced output, deforestation, further crop loss, depletion of agriculture-related cottage industries, reduced off-farm employment, concentration of land ownership and migration. The neglect of traditional irrigation and agriculture systems and the introduction of modern agricultural practices such as chemical fertilizers, pesticides and hybrids have further increased the adverse impact of agriculture on the natural environment and undermined an important basis for social cooperation. Finally, public irrigation schemes characteristically involve the displacement of large numbers of families and increase levels of deforestation.The increase in water shortages in areas not served by irrigation schemes is perhaps the most surprising of the negative results. Prior to 1950, Kalahandi, for example, experienced a drought-related crop failure once in ten to twelve years. In recent years the frequency has become once in every three years. Before 1948, 48 percent of farm land in Kalahandi received supplemental irrigation through traditional methods; today less than ten percent of farmland in Kalahandi from benefits community-managed schemes.

Jagdish's strategy is to demonstrate the benefits of traditional methods of irrigation (improved with appropriate uses of new technology) and then build upon the momentum generated by organizing the shift to organic farming, which is both environmentally friendly and able to command higher prices for the small farmer. On a parallel track, Jagdish brings his case to public officials and business leaders in an effort to forestall further destructive large-scale irrigation schemes and to redirect public policy and commercial practice to affirm the community-based alternative.Historically, in Kalahand; the hilly geography defined both settlement patterns and irrigations systems. Both were formed around the regions many micro-watersheds. The traditional water management system employed a series of connected catchment and storage ponds extending up each hill's face. These ponds in turn fed a network of irrigation channels to individual family farms. Work in managing the system was shared among all villagers.Jagdish estimates that by reviving the traditional system throughout the district, five billion rupees will be required to provide protective irrigation to about 80 percent of the cultivable land in the district. This is roughly half the cost of a new proposed large-scale public irrigation scheme. His approach would also create additional employment for 30,000 people every year, increase food production, annual trade and commerce dramatically, and pave the way for new industries.While the demonstration of the benefits of traditional water management to farmers has proven relatively easy, the conversion to organic farming is a more challenging matter. Jagdish has promoted ecologically sound practices to farmers through training camps, workshops and printed literature on the damaging aspects of chemical fertilizers, pesticides and the disastrous implications of monoculture. Perhaps even more persuasively, he is putting in place the vehicles to link organic produce to premium market prices. He has initiated the Orissa Peasants Association and the Orissa Tree Growers Association as a processing and marketing vehicle for organic produce. He has also forged a coalition with other organizations to campaign through the media and elsewhere to strengthen market demand in India for ecologically friendly products, such as organically grown rice.Because of his efforts in two districts, the rate of consumption of chemical fertilizers, pesticides and hybrid seeds has been declining, there is a growing awareness to consume food grown organically and organic farming is becoming viewed as more economical compared to the intensive farming that uses chemicals.Jagdish's next steps will involve the establishment of a resource center, staffed by committed development activists from various fields, that will offer technical and managerial support to private and governmental agencies providing development and agricultural services in poor, drought-prone areas. In this way he aims to spread his model by institutionalizing it into the existing agricultural production and marketing infrastructure.

A native of Kalahandi, Jagdish is a rare combination of practicing farmer and development professional. He has considerable work experience at the grass-roots level with agencies like OXFAM, and he has also worked in a number of drought-prone areas.Jagdish has decided to give up a "safe" career in development management to work full-time on achieving his vision of self-sufficiency and improved socio-economic and ecological conditions for Kalahandi and other villages like his own. A man of simple tastes, and still very much a farmer at heart, Jagdish lives with his wife and two daughters close to a small family farm where he puts his beliefs into practice.