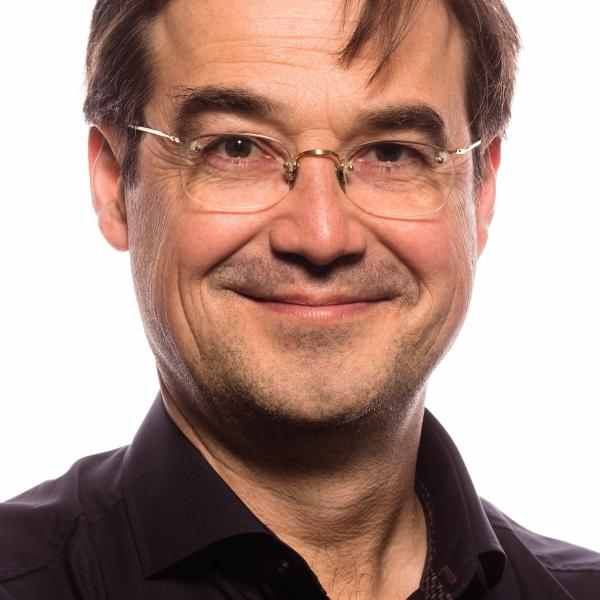 Over the last three decades, Jacob Radloff has empowered consumers, investors and industry with the information they need to act in the interest of the planet. The platforms he founded have amplified the voices of key sustainability mavens, created numerous citizen campaigns around their ideas, and kicked off the global market for comprehensive, easy-to-use corporate sustainability ratings.

An ardent environmentalist and innovator in the sustainability movement, Jacob Radloff launched one of continental Europe’s most influential “publishing” company, Oekom Verlag, and later Oekom Research, as platforms for championing a core philosophy, “From Knowledge to Action.”

More than a simple publishing house, Oekom Verlag identifies key areas of need in the broadly defined environmental movement and develops strategies and campaigns for educating and mobilizing citizen action. Jacob not only publishes the most outstanding mavens in this field, his publishing platform is instrumental in forging coalitions between activists, researchers, policy makers, and a shifting general public. The campaigns around his publications have systematically built audiences and prompted concrete action around paradigm shifts from fair trade to energy efficiency, from slow food to citizen participation. Jacob is also the visionary behind a major initiative to make publishing more sustainable along its lengthy value chain. His leadership helped to turn Germany into a global ideas factory for the sustainability movement, and has inspired similar publishing houses across the world to provide thought leadership and community building with the highest editorial standards. Jacob is now about to bring the hugely successful platform of the publishing house to a more international level.

Oekom Research has pioneered a global market for in-depth independent corporate as well as sovereign sustainability ratings that influence the flow of trillions of dollars to more socially and environmentally responsible companies. In partnership with Robert Haßler, Jacob founded an agency. They were the first in the field who managed to transform dogmatic, excessively complex and academic experiments in the field of sustainability into manageable, independent and mission-oriented ratings to be used by investors of all kind. Based on industry specific criteria he developed out of scientific long lists, his ratings were, from the start, significantly more comprehensive than existing models used by the providers of big stock indices. Oekom Research today is a market leader in Europe as well as Asia, and rates not only the world’s most important 3,500 companies but also countries, and provides this information in a multitude of knowledge products to clients across the world.

One of Jacob's key ideas which he will pursue is using the wealth of information and data that oekom has collected to empower consumers and the economy as a whole in making better decisions about products. This app-enabled consumer democracy effectively takes activist shareholding strategies to everyone and everyday purchase decisions.

Much, if not all, environmental action requires the adoption of new practices, standards that can only come about by changes in perspective through public education. As vital as individual environmental organizations may be in their work of advocacy, they must depend on an eco-system of support, one element of which are mavens as disseminators of new paradigms.

Providing information that will help guide change is the lever that Jacob identified early on as his life mission. The challenge is that independent and mission-driven information too often comes with editorial compromises, poor quality and distribution, and little hope of financial sustainability. As a result, overly academic or activist publications dominate, and often fail to reach and convince majorities of consumers.

The same applies to companies and investors (and with small sums, everybody is an investor) who would like to base their decisions on reliable, comparable, comprehensive and easy-to-understand information about their externalities, and about shifting expectations. Up until the late 1980s, there was no such data source available for non-financial information, and even today much of this information is provided not by independent analysts but indices and banks competing for investor money rather than for the most objective assessment.

In his publishing business, Jacob uses an extraordinary entrepreneurial creativity to tap into an unusually broad base of ideas and authors as well as revenue streams and supporters. He combines professional periodicals with mainstream journals, and academic books with bestsellers. Oekom frequently creates campaigns around ideas, and supplements publications with events or builds partner alliances. Examples include a climate savings book that is now distributed by dozens of municipalities and has caused behavior changes among their citizens. Another is the Slow Food guide that creates a new platform for sustainable hospitality to popularize their cause. All involve deep discussions with partners, and change minds.

In the early 1990s, in partnership with Robert Haßler, Jacob launched a new line of publications with corporate ecological profiles, and found great demand for the non-financial data from financial investors. He built a new team around this idea and created a professional rating provider with a clear consumer-oriented approach based on strong ethical principles as opposed to solely attend to the needs of capital market participants who preferably demand classic risk-, efficiency-, innovation- or best-practice-oriented rankings. Jacob used his expertise and credibility to solve the problem of creating coherent and comparable data sets based on information that is often difficult to obtain, or subjective in nature. From 1993, Jacob rejected client relationships and solely focused on the role as neutral rating agency. Oekom’s first subprime rating of Deutsche Telekom received much attention and started a discussion about the usage of damaging chemicals in cables and potential substitutes.

Maturing through the challenges of a media entrepreneur, Jacob experienced financial setbacks in 1992 for oekom, and after the financial crash in 2000 for oekom research, but resisted compromising on the independence of his businesses. Today, both companies are profitable, and creating the basis for the realization of more ideas.

Born to a politically active father and a journalist mother, Jacob Radloff was empowered to be a changemaker early on, and was only ten when he started his first venture, an Anti-Chemicals-Club that had 120 members and pioneered recycling and prevented the culling of old trees in rural Bavaria. The “ACC-Kurier” launched his lifelong career as a publisher. Being engaged for several environmental issues, he organized, at the age of 13, resistance to the building of an expressway through the hills near his home which would have desecrated the landscape. The resistance was successful.

Encouraged by a community of free thinkers around him, Jacob left school at the age of 17 in order to pursue several ecological ventures. He started the magazine „politische ökologie“ when he was 21. Two years later he formed the oekom Verlag, which became Germany’s foremost publishing platform for environmental and social change.

Jacob is admired by his peers in the German environmental movement as an effective, undogmatic and energetic leader. As a serial entrepreneur, Jacob’s list of projects at any time is long, and includes the first publicly endorsed forest kindergarten in Bavaria (a kind of outdoor preschool education based on open play in a natural environment), as well as numerous other environmental initiatives and several initiatives for the publishing industry etc.

He is now at an inflection point in his life, ready to implement the next wave of ideas after steering both the publishing house and the rating agency towards a sustainable future.