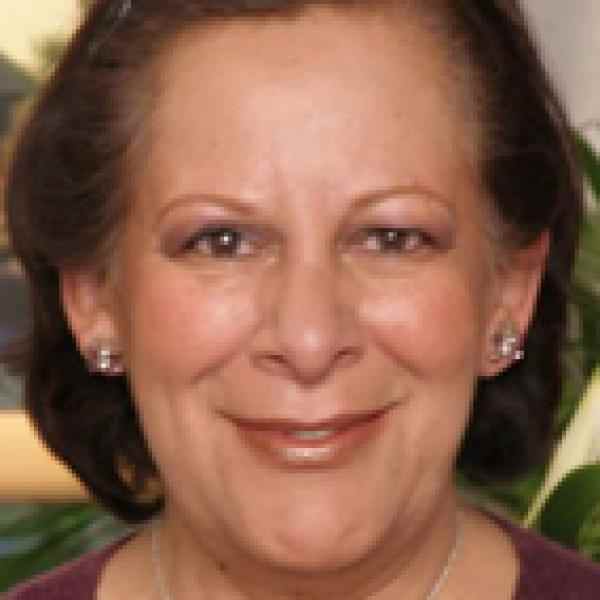 As AIDS spreads in Mexico, Irma Rosado is developing the first complete program of care. Working initially in a four million person slum area, she is pioneering alternative work to provide income for those who have lost their jobs, day care for the seriously ill and, ultimately, hospices for the victims' final days of life.

Once a person comes down with AIDS, their world crumbles quickly. They will probably lose their job; their family will probably not be able or willing to cope; and they confront terrifying emotions and fears. All these problems are compounded if they are poor. Mexico, still struggling to address prevention, has hardly begun to think about care for the rapidly growing number of terribly ill, cut-off people suffering from the disease.Using her organization EVIHA as an example, Irma is building community programs fitted specifically to Mexico's cultural realities, that deal with all aspects of the epidemic. Besides working with agencies that promote prevention and early detection of the disease, she wants to show Mexican communities how to provide for the rapidly growing population with active AIDS. Irma realizes that one form of care, such as medical treatment, is not sufficient. An ill person may need alternative, sheltered employment. Later they may be too ill to stay safely at home alone while others are at work. Ultimately they will need a hospice in which to die with some dignity. Throughout their illness, they will need various forms of support and counseling. This is especially so for those who have neither financial resources or family to support them. Irma is launching such an integrated, community-based service which she hopes will meet all these needs. Drawing on both outside and community resources and the leadership and work of those ill with the disease, she hopes soon to have such a service in place in Ciudad Netzahualcoyotl, the largest slum area in Mexico. By drawing many national leaders first into the design and then into the Board of this model, she is also laying the foundation of its becoming the rational model the country needs.

In Mexico, as in most Latin American countries, public health problems are among the most important social issues of concern to the government and society as a whole. Such problems have become more acute as a consequence of the current socio-political and economic crisis.

The AIDS epidemic is a major public health problem in Mexico which is not exclusive to a specific social sector nor peculiar to a region or state of the country. This epidemic has prompted the extensive mobilization of different civic organizations working with scientific research, ethics, education, civil rights, sexuality, and legislative issues. Some work is under way to encourage prevention.

However, almost nothing is being done to ensure the care of the terminally AIDS-infected patient. Such patients present an enormous challenge to society. Hospitals are struggling and few others are facing up. Most, even in the hospital, are terrified of the "virus" and often respond badly.

Nationwide research regarding the services associated with AIDS found that, in the whole country, there are no programs offering full care (residential-medical-therapeutic) to the terminally ill AIDS victim.

Ciudad Netzahualcoyotl has a population of four million. It is also the home of a debilitating complex of social problems, including economic and social marginalization, ignorance, unemployment, alcoholism, drug-addiction, female and male prostitution, gangs, etc. It is, in many ways, Mexico City's core of poverty.

The vulnerability of such communities is illustrated by the events leading to the creation of Netza's Victims of the HIV Virus (EVIHA) group. EVIHA began with twenty-eight people who were infected in 1985 through transfusion from a private blood bank. These men and women, in many cases, have infected their spouses, and pregnant women will probably transmit the virus to their offspring. When the father or mother dies, many children are left orphaned and destitute.

The first element of Irma's strategy is her direct volunteer work for EVIHA. Working from a rented neighborhood house, she helps the terminally ill in the EVIHA Group, assisted by a small group of volunteers and HIV positive EVIHA members. Funding is not available to cover many of the basic needs of food and medical care. The state hospitals offer support by providing limited free medical care. This care, however, does not include expensive laboratory services and medicines. In some instances, state hospitals have referred terminally ill patients with no family support nor economic resources to be attended in the shelter. Among other services, Irma helps EVIHA with fund-raising and the solicitations of in-kind donations.

Irma's strategy grows from what she has been learning with EVIHA and several broader studies she has coordinated of the problem in Mexico and of potential solutions developed in Mexico, the U.S., or elsewhere. Recognizing the need for a rational response, she has been laying the groundwork for spreading her model right from the start.

Irma seeks to involve as many sectors of society as possible in an effort to build overall care for AIDS victims and their families through specific community support programs. She provides women with information, guidance and therapeutic assistance; she is soliciting monetary and in-kind donations to help solve some of their more urgent health care needs; she is working to provide helpers to tend for their children so these women may come to meetings or simply have a few moments to themselves.

She is also working to create employment, especially for those who have dependents, for the HIV-positive, who for health reasons have lost their jobs. In September 1991, the first clothing factory micro-industry in this program began work. It provides an income for fifteen EVIHA families.

To help clear the way for community and family acceptance and support for such programs, Irma knows she also must work to encourage accurate public information regarding AIDS. She sees the daily harm done to EVIHA's members by the fear, hostility, and even aggression of their neighbors. The state government's campaigns have been culturally inept and may have added to and not reduced these sorts of fearful reactions. Irma works with a wide range of Netza community groups ranging from the schools to Alcoholics Anonymous to develop local pamphlets and campaigns to build a more effective, sensitive flow of information.

The third major element in Irma's long term strategy is to involve leaders in Mexican society as well as the Netza community from the beginning. Given the very limited support available from public health or other government agencies or from existing private voluntary programs, she needs their help to make even this first model work. More important, they will be its champions as it spreads.

Irma has all her life been a woman committed to public service and to contributing at a top level.

At a time when doing so was not easy for a young Mexican woman, she went off to New York City to study at Columbia University. Intuitively drawn to making things happen, she studied business administration. She had to work to help support herself and so enjoyed her ability to make a difference at work that she remembers this part of her time in New York even more vividly than her studies.

When she returned home, she had her pick of several glamorous highly paid job offers from multinational corporations. However, she chose instead to go to work leading a government program to encourage small rural agro-industries. This work entailed substantial work developing markets both in Mexico and internationally.

Later she transferred her interest to the problems of children at risk. While continuing her job, she took charge of a home for street children. At this terribly difficult, draining work, she was highly successful -- most of these children have become successful contributing adults. Having thus learned the service side of this work, she started and led Covenant House's new program in Panama.

Once it was successfully launched, she returned to Mexico to work as a health and human service consultant providing specialized services such as analysis and development of service programs; program evaluation; management; recruitment and training of staff and volunteers; inter-institutional relations, and lastly, fund-raising for institutions or for the development of new projects.

In effect, she had reached a stage in her life when she had mastered the skills required to launch a major public change -- from fund-raising to directly providing care to street children, from analysis and organization to the middle management task of running a particular service center.

At this point she ran into Mexico's burgeoning AIDS crisis. Asked to help a child victim, she felt as well as understood what the society's failure to provide for such children meant. She helped design a program for child victims.

In the course of this work she discovered the Victims of the HIV Virus (EVIHA) group in Ciudad Netzahualcoyotl and sensed both their needs and that working with them would allow her to understand the areas where AIDS victims' needs are not now being addressed. She volunteered immediately and has been organizing for the group and directly caring for its ill members since they met. She is quickly building on this experience, and is now bringing together the resources to support the first full-service, culturally adapted program to service those ill with AIDS.