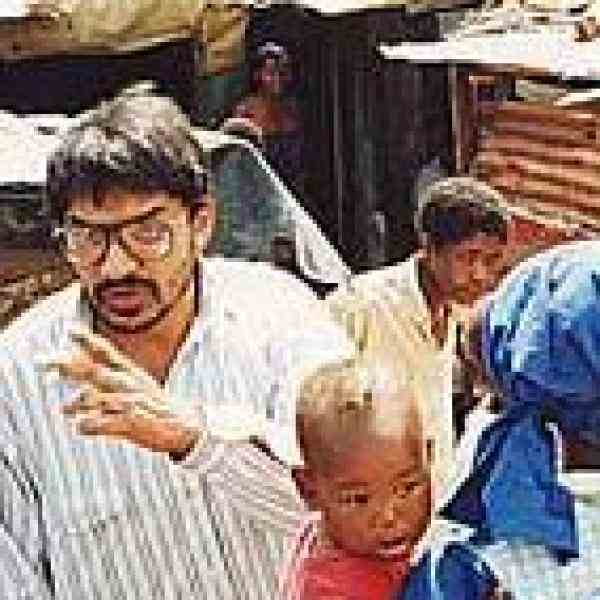 Sayed Iqbal Mohamed is showing how poor people can organize to protect their housing interests locally, and is planning to seize the country&#39;s current openness as an opportunity to press for fundamental changes in national housing policy.

Iqbal is a champion of poor renters and squatters, the majority of urban South Africans.Challenged directly in the mid 1980s, when the government tried to remove all non-whites from the mixed area of central Durban where he and his family live, he created a neighborhood organization, the Durban Central Residents Association, (DCRA) to grapple with the problem. This is a unique issue-oriented, rather than partisan political, organization.
Building on the in-depth understanding his neighborhood housing work has given him, he is now setting out to establish a national housing lobby that will propose and press for policies that would improve, and make far more secure, the housing available for the poor. Some of his legislative proposals represent nothing more than catching up with lessons long since learned in much of the rest of the world, e.g., investing limited public resources in helping the poor obtain secure title to their plot, and in providing simple but basic services such as water, drainage, and power. It rewards the hard work of those trying to find better housing for their families.
Iqbal proposes moving in this direction by repealing a 1988 law that makes squatting a criminal offense punishable by jail or a fine of 10,000 rands. Instead, he would have government purchase the title to disputed land, financing the purchase with 10-year bonds, and then give the land to private trusts that would be charged with helping neighborhoods and their residents upgrade and rationalize the area&#39;s housing and supporting services. He would also relax building codes to recognize the very different realities of the informal housing sector. Iqbal would also like to see the government create a South African Housing Trust, a private agency given public funds to help finance improvement in the housing situation.
The large number of poor to modest-income families living as renters informal housing is a special concern for Iqbal, largely because they receive even less attention than do the squatters. His most far-reaching proposal is a needs-related rent subsidy for poor families, in effect apartial negative income or wealth tax. This approach would avoid the distortions and invitations to corruption of trying to help on the supply side. He also proposes overhauling the administrative structure, beginning by incorporating the five racially divided boards, each with their separate programs, into one. He would also like to create a housing or tenants&#39; court where ordinary people and small neighborhood groups could bring disputes and regulatory enforcement matters for quick resolution. This court would, in effect, be a specialized small claims court.
Finally, he hopes for a national Housing Bill of Rights that would,among other things, ban discrimination, open every area of the country up to all of its citizens, and legislate government responsibility for assuring adequate shelter for the population.
At the local level, Iqbal continues to test and refine a series of fresh techniques as well. His core housing work, which includes such services as helping tenants present their cases before administrative bodies, has led him to address other community issues. For example, he has established both Crimewatch and Neighborhood Watch programs in central Durban. These programs mobilize local volunteer patrols to cut the areas&#39;s previously growing drug, crime, and prostitution problems. He has also initiated and then spun off programs to provide literacy for women pavement dwellers and training in basic accounting for street traders.
Iqbal is now setting to work to build a non-partisan coalition to press for such housing policies and services.

The scrapping of the Group Areas and Land Acts has not wiped away housing problems for the majority of South Africans. Black South Africans face a fundamental shortage of housing units and, by virtue of their remote places of residence, generally have limited access to work,schools, recreation centers, and shops and service centers such as post-offices, banks, and clinics. The environment in which the majority live is crime-ridden and often lacks sanitation services, water, and electricity. Tenants lack basic protection from sometimes capricious landlords and are subject to a cumbersome government housing policyguided by five separate housing acts and implemented though separate,competing agencies.The scope of the problem is tremendous. In Uprooting Poverty, Francis Wilson estimates that approximately 600 units of shelter need to be built each working day for the next 20 years in order to ensure there will not be a shortage of 4 million housing units by the year 2000. At present, the building rate is below 20 units per working day. These figures do not consider that over 95 percent of 500,000 black miners and tens of thousands of workers in the manufacturing industry, the railways, and elsewhere live in degrading single-sex hostels and compounds. This crisis has given rise to the alarming growth of a huge squatter populations; Durban&#39;s over 1.7 million squatters alone constitute the city&#39;s majority.
Recent shifts in housing policy have tended towards privatization. Long-term solutions and alternatives to the housing crisis are plagued with implementation problems ranging from resource constraints to delivery systems. At the national level, legislative input to ensure that housing is a basic right for all has not yet been formulated. At the moment, there is no support for the many victims. Civic groups and lawyers have not been able to protect tenants from discrimination, slumlords, exorbitant rents, &quot;key&quot; money (bribes), poor living conditions and the conversion of existing housing stocks to commercial use.

Iqbal has a great deal of practical experience with both tenants&#39; issues and housing institutions and years of experience working with communities on a wide range of housing issues. He has formulated model approaches to specific problem areas ranging from mixed couples and racist evictions, the plight of squatters, crime and drug prevention,neighborhood parks and recreation, housing code enforcement, and tenants&#39; rights. His own ideas were reinforced by a visit to the United States, where he met with many of the people and organizations working on housing rights.Iqbal&#39;s non-party, issue-based strategy relies heavily on the processes of consultation, negotiation and arbitration. In this way, Iqbal has resolved a number of general housing and rent control issues without incurring legal or other costs for the parties concerned.
Iqbal is currently working with a range of civic, political, and nongovernmental organizations to lay the foundation for a research project on a Housing Bill of Rights, and to build a coalition of interests around housing. On the solid base of existing research and organization around housing issues, Iqbal will begin to introduce ideas derived from two very different sources: (1) the research project and fieldwork with the DCRA, and (2) models proven to work elsewhere.

Iqbal&#39;s family was forced to move from rural Transvaal because the so-called colored high school he attended did not offer senior primary classes, and because the white school did not allow blacks. He and his family moved to Durban&#39;s most neglected and oldest mixed neighborhood, the Warwick Avenue Triangle. In April 1984, 350 families living in Warwick Avenue were faced with Group Area evictions. Iqbal and other affected residents formed an Interim Committee to fight the evictions.This Committee later became the Durban Central Residents Association and succeeded in having the eviction notices withdrawn.On campus, Iqbal was active in student and community politics and wasthe coordinator of the student body. He has undergraduate and postgraduate degrees in Arabic and Islamic Studies. He has worked as a free-lance journalist and taught primary school for about four years.