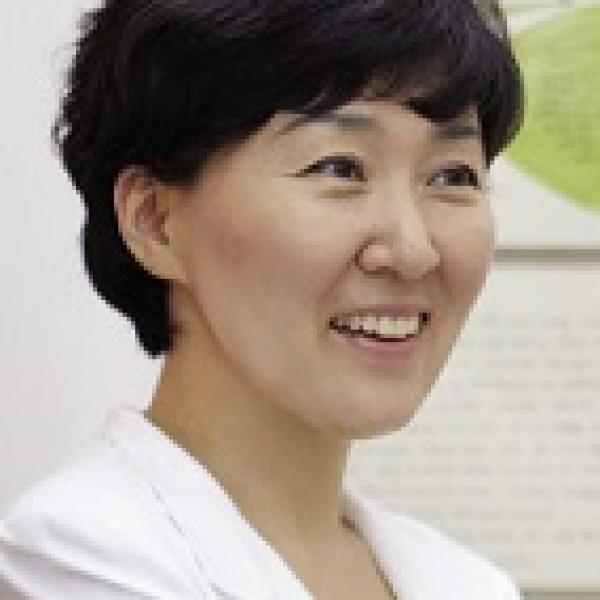 In a society that has chronically higher levels of violence and suicide rates than any other OECD countries, Hye-shin is enabling ordinary citizens to help themselves and people around them overcome their emotional and psychological trauma. By equipping ordinary citizens with the power and tools of promoting mental well-being, Hye-shin has created a solution whose scale is on par with the scale of the mental health crisis besetting South Korea.

Each generation of Koreans has experienced waves of violence against citizens over the past 60 years: starting with the Korean War, followed by state violence directed against citizens under military dictatorship in the 1970-80s, and the financial crisis and massive economic restructuring in the late 1990s that destroyed societal faith in job stability and economic mobility. Korean society as a whole has had few opportunities to confront this series of collective trauma and its impact on a large proportion of society. Left unaddressed, the effects go beyond a particular generation, as older generations often project their psychological status onto younger generations in the form of societal norms and expectations. The widely shared experience of violence, and consequent collective trauma passing through successive generations, have been implicated in South Korea’s highest and fastest growing suicide rate among the OECD countries.

Korea’s mental health care system has been largely inadequate to address the impact of collective trauma on individual citizens. There are simply not enough medical professionals to address the problem given its scale and multigenerational reach. Furthermore, most mental health professionals are trained to address clinical mental health needs. Hye-shin therefore is enabling a vast number of ordinary citizens with varying degrees of emotional and psychological needs to access tools and societal support to address their own mental well-being and that of people around them. From a simple and affordable self-evaluation tool to a new counselling model that focuses on shared trauma and collective healing, Hye-shin has created a set of highly replicable and self-multiplying approaches to turn ordinary citizens – a virtually untapped resource when it comes to mental health – into healing agents for themselves and others.

At the heart of Hye-shin’s work is a design principle that empathy is the key to transformative healing and that true empathy comes from shared experience. From this perspective, a series of collective trauma in Korea’s modern history becomes an asset for empathy, not a societal liability. A psychiatrist by training, Hye-shin learned from her own experience working with victims of torture and laid-off workers and their family members that those who suffered extreme emotional trauma can be excellent counsellors and healers for other people because they truly understand the pain and the process of recovery. Hye-shin is putting this principle to work at scale by empowering ordinary citizens to become what she calls “wounded healers.”

According to the Organization for Economic Cooperation and Development (OECD), South Korea has the highest suicide rate among OECD member countries. At 28.4 deaths per 100,000 as of 2011, Korea’s suicide rate is more than twice the average of other OECD countries. Another 15,000 people attempt to take their own lives annually. Suicide rates have tripled over the past decade, showing a particularly sharp increase following Korea’s financial crisis in the late 1990s. Suicide prevention measures in Korea have largely relied on providing medical treatment. The conventional hypothesis is that people with a high risk of suicide are those suffering from clinical depression. Efforts to prevent suicide have therefore focused on training community health workers and medical professionals to recognize warning signs and medically respond to risk factors. Both the national government and the Seoul city government have invested billions of dollars in supporting this approach, but suicide rates remain stubbornly high. Their own effectiveness study has pointed out that drugs and professional consultation alone are inadequate to address the problem.

In addition, despite the ever growing needs for mental health care, there is a strong social stigma attached to admitting one’s psychological difficulties. In a society where individuals are pressured for excellence at all times, recognizing one’s own emotional and psychological struggles are often seen as a sign of weakness, especially among men.

Hye-shin’s intervention starts with identifying key groups of people as a strategic launch pad. She helps them first recover from their shared trauma and then supports them in creating self-perpetuating systems to spread healing beyond the particular locality or community. For example, in 2006, Hye-shin started group counseling for victims of torture and later co-founded the Truth Foundation to serve more victims. Recognizing their ability to empathize with those who suffered similar atrocities, Hye-shin then created an 8-week program to train torture victims in attending to the emotional needs of other victims of state violence. This became the first pilot for Hye-shin’s “wounded healers” program. After 8 weeks of training, these torture victims began to work as healers for the survivors of the 1980 Gwangju uprising – a pivotal event in Korea’s path to democracy during which citizens of Gwangju protested against martial law and many were brutally beaten, tortured, and killed by the military. Hye-shin also helped the Gwangju Trauma Center, an institution created specifically for the healing of the survivors of the 1980 Gwangju uprising, adopt her wounded healer approach.

Similarly, in 2009, Hye-shin counselled a group of union workers in the city of Pyong-taek who were part of the 2,600 that had been laid off by a major car manufacturing company in an abrupt corporate restructuring and had experienced violent suppression during strikes. In the following years, dozens of laid-off workers and their family members took their own lives. Using a group counselling approach, Hye-shin addressed the collective emotional and psychological needs of the workers and their family members, rather than treating them as individual patients. Hye-shin later helped the initial group who received counseling from her establish the Warak Center (the word Warak in Korean describes the act of hugging someone in a passionate and embracing way) to continue group healing for the rest of the union workers. Within 18 months, suicides among the workers and their family members stopped for the first time. Now the Warak Center is sending trained wounded healers to other labor unions in different cities to replicate Warak’s work for workers in similar circumstances. Most recently, Hye-shin trained 20 sexual minorities who now plan to incorporate the wounded healer program in the first LGBT Community Center in the country.

Hye-shin is expanding her work to create more wounded healers from all walks of life. In 2013, Hye-shin launched the “Everyone Needs a Mom” Project (Mom Project) in partnership with the Seoul Metropolitan Government to improve the psychological well-being of the citizens of Seoul. For the initial phase, she purposefully recruited 24 citizens from diverse background, including a poet, a farmer, a journalist, a housewife and a government official. They went through an 8-week program during which each of them confronts his/her emotional and psychological difficulties and experiences healing. The last 2 weeks, in particular, focus on intensive training in the core principles and mechanisms of the healing process that they personally experienced. In the second phase of the project, the initial cohort paired up in a team of 2 to conduct the same program for another 200 citizens. By the end of 2014, these 200 wounded healers are expected to help another 800-1,200 citizens heal and become wounded healers themselves in various districts of Seoul. The profound personal transformation that the Mom Project participants have experienced is adding significant momentum to her healing relay. Hye-shin helped those who participated in the initial phase establish a citizen sector organization called Empathetic Persons to spread the healing relay nationwide. She is also creating a quality control mechanism to anchor the movement, including a 2-year follow-on program for select wounded healers to train them as paraprofessional counsellors.

Hye-shin’s healing relay is complemented by an affordable self-evaluation tool. Mind Prism, a for-profit company Hye-shin founded in 2004, developed My Mind Report originally for high-end individual counseling sessions with corporate CEOs. My Mind Report is not meant to provide a medical diagnosis of a mental illness. Rather, it is designed as a portable and personal tool that lower the barrier for ordinary citizens to paying attention to their own mental health in everyday lives. The over 500-question questionnaire is followed up by an individual report and a personalized poem that summarizes recommendations for the person. This format helps individuals openly share their emotional and psychological needs with others without worrying about the social stigma associated with mental health.

Hye-shin convinced a successful tech entrepreneur and a former client of hers to help market and distribute My Mind Report to the general public. Thanks to a partnership with him and his company, My Mind Report is now available at roughly $70. Over 2,000 copies are sold every month. In addition, over 30 corporations in Korea adopted My Mind Report as part of their employee leadership development programs. Some senior executives – who are often seen as strong and emotionless in hierarchical corporate culture – shared their poems at company retreats and formal meetings, legitimizing the importance of mental health to junior employees. With its growing popularity, My Mind Report will soon be available in Japanese and English.

Hye-shin lost her mother to cancer when she was 11. Having experienced emotional detachment from her mother’s death, becoming a psychiatrist was her singular goal growing up. Once she achieved the goal, however, she started seeing gaps in the profession. During her residency, she learned about outpatient treatment services abroad for people with schizophrenia. It was a concept unheard of in Korea at the time, when isolation and long-term hospitalization was the prevalent approach. In 1992, Hye-shin opened a private practice to implement the outpatient service system in Korea. She educated patients and their families, as well as mental health professionals, about the importance of social interaction for patients. Thanks in part to Hye-shin’s pioneering effort, the National Health Insurance Corporation officially recognized rehabilitation that involve a wider social network as a legitimate treatment option for schizophrenia and major university hospitals started outpatient services.

When the financial crisis hit Korea in the late 1990s, Hye-shin began to recognize the impact of collective experience, not just individual circumstances, on one’s psychological health. She identified and coined the term for After Downsizing Desertification Syndrome, a form of post-traumatic stress disorder that affects employees who have survived mass restructuring.

Her understanding of collective trauma deepened through her work with Dong-won Park. Dong-won and 20 of his relatives were falsely accused of espionage in 1981. He was brutally tortured by state authorities, and imprisoned for almost two decades. When Dong-won was released, the media and the public focused on exposing the judicial injustice in his case. However, Hye-shin believed it was equally important to attend to the psychological needs and healing of Dong-won as a victim of state violence and volunteered to provide him with free counseling. Walking side by side with Dong-won in his healing process, Hye-shin was convinced that empathy is the key in healing, especially for those who are impacted by collective trauma. Through him, Hye-shin began to see the impact of a series of collective experience in Korea’s modern history on a large proportion of Korean population.

Hye-shin’s empathy-based, collective healing has been put in action at scale, first through her work with torture victims and laid off workers, and later through her work with ordinary citizens. In the wake of the Sewol Ferry disaster in April 2014 that has deeply shaken the entire nation, Hye-shin is moving to Ansan, a city on the outskirts of Seoul that lost hundreds of high school students in the ferry disaster. In collaboration with concerned citizens and local organizations, Hye-shin will support the victims and surviving family members. Her understanding of collective trauma and empathy-based healing is relevant more than ever.