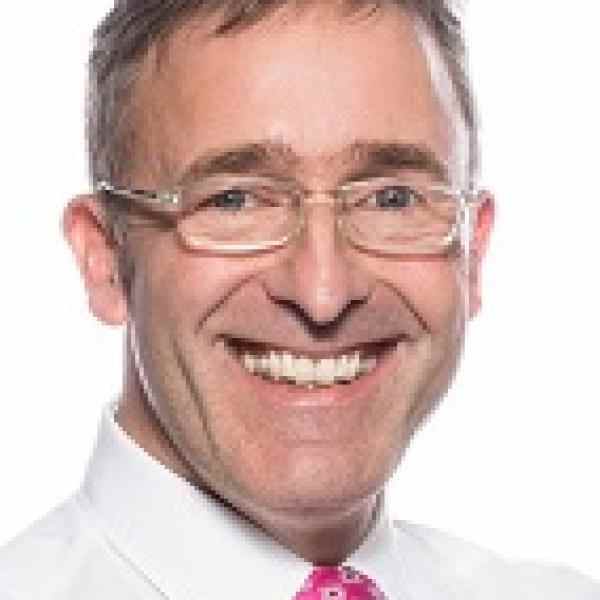 In Germany, which is experiencing an increasing disconnect between young people and the growing elderly population, Horst Krumbach is working to form relationships across generations to foster empathy, understanding, and life-long learning. Horst is changing how the elderly socially define themselves and how society perceives their value as persons.

Addressing important societal consequences of major demographic change, Horst is developing new opportunities for intergenerational exchange and understanding through his organization, Bridging Generations Germany (GBD). Using a carefully structured methodology, he is building a new model of how to build meaningful relationships between children in primary schools and elderly inhabitants of nursing homes by facilitating recurring, one-on-one meetings between the children and their “grandpartners” and thereby introducing an important new dimension into the quality of life of all participants. With his readily scalable model, Horst is creating spaces for young people to develop empathy, emotional ties, and understanding for elderly people in need of care and affection during the last years of their lives.

Horst is using his proven successful model very purposively to change important dimensions of German life. First, he has developed a strategic and highly visible public relations initiative and, second, a similarly effective policy advocacy at the federal and state levels. With the aid of an expert and highly visible Advisory Board, he has developed a very promising scaling strategy for all of Germany and beyond.

In Germany, as in most other European settings, dramatic demographic change is underway, with marked increases in the numbers of elderly people requiring care. At the end of 2011, there were approximately 2.5 million such people in Germany, 30 percent of whom received care in approximately 1,000 nursing homes. Demographers and healthcare specialists expect those numbers to rise to 3.4 million in 2030, with a growing percentage of people cared for in nursing homes. The quality of care in Germany with regard to cleanliness, hygiene, and nutrition is relatively high due to rising standards. At the same time, due to understaffing, low rates of family visits, and little community involvement, there is often a lack of emotional care, leading to unhappiness, a lack of belonging, and therefore a low quality of life.

With a growing number of people in need of care living away from their families, connections between generations are increasingly lost. Fewer children are growing up in households with elderly relatives in need of care. At the same time, however, young people will need to shoulder the consequences of demographic change in the future. For instance, one retiree today is financed by four working adults through social security payments and taxes. However, in 2040, it is estimated that with population growth, longer life span and rising healthcare costs, only two employees will be paying for each retiree. This generation will thus drive the reallocation of resources. Thus, from this generation, more people are needed to engage in working with and for the care of senior citizens.

Many stakeholders have realized this challenge and set up programs throughout the years to deal with the social effects of demographic change. Several focus on further integrating retired elderly who are still active. This important work unfortunately excludes those elderly who are no longer active and productive (referred to as members of society in their “fourth age”). This leads to a situation in which those most in need of care are neglected.

Apart from negative individual effects—for old and young—this loss of intergenerational exchange carries a multidimensional risk for society as a whole. The intergenerational contract needs to be written in new terms, something that will only work when empathy among generations is fostered and generational silos disappear.

In marked contrast with other ventures involving intergenerational contacts, all GBD-sponsored activities are based on three guiding principles to which all participating schools and eldercare institutions must be firmly committed: (i) content and procedures employed in such partnerships and in related training programs for participating children and eldercare institution staff will be undertaken in strict conformance with the guidance provided in a detailed blueprint and handbook that Horst and his colleagues have developed. (ii) participating schools and eldercare institutions must make long-term commitments to the program and to a project cycle for at least one school year that involves biweekly or monthly meetings with eight to twelve children and the same number of elderly participants—brought together in one-to-one pairs of a child and his/her (fixed) grandpartner. Horst believes that it usually takes a couple of visits to build the beginnings of a relationship and that both longer-term commitments and continuing one-on-one pairings are necessary to assure the program’s impact. (iii) children must be doing things with their grandpartners rather than for them.

All of the encounters are carefully prepared for, in accordance with the guidance and suggestions provided in the GBD handbook, and reflected upon after they occur. In one of the early sessions, for example, each of the paired participants draws an outline of the other person’s hand and creates a flower picture from the outline—an activity that allows for playful physical contact that eases tensions and facilitates future, more spontaneous exchanges. As the partnerships develop, in light of the fact that some 30 percent of the young participants may lose their grandpartners while participating in the program, Horst has developed a method for dealing with that contingency with the assistance of a child psychologist. Children are carefully forewarned of that possibility, and if it occurs, they are thanked for their positive contribution to their grandpartner’s life, and they are given the space to decide for themselves if they want to get to know another grandpartner, which almost all of them elect to do because they recognize the positive impact of the program on their lives.

The GBD initiative was launched in Aachen, Germany, and its initial activities were done in the nursing home Horst was then leading. After testing the project in that setting and assessing the potential of the idea, Horst decided in 2011 to extend its coverage nationally. To date, GBD has successfully established 22 partnerships in which approximately 1,400 children and eldercare institutions are engaged.

To guide the expansion process, GBD is performing the role of clearing house, quality manager, and facilitator. If needed, GBD assists eldercare institutions and schools to find appropriate partners, and once found, GBD brings the management and relevant staff of both institutions together for introductory workshops on the project’s concept, goals, implementation, and quality states. GBD team members are also present during the initial encounters of newly formed partnerships when children and elderly participants are paired. The project partners then assume full responsibility for the program’s operations, but they can contact GBD for additional assistance if needed.

GBD charges elderly care institutions an annual fee of €500 (US$640) in the first year of operations and €300 per year onward, for the cost of training, supervision, and continuing facilitation of the partnerships. GBD has also introduced annual meetings for participants in its rapidly expanding network of schools and eldercare institutions, with the expectation that those gatherings will evolve into thematic conferences with experts and practitioners sharing their views on trending issues.

Because Horst utilizes existing resources and personal connections, his team is small and effective. The team consists of Horst, three part-time project coordinators and many dedicated volunteers. His latest hire is an experienced rollout coordinator who previously worked for Volz-Schmidt, who pioneered social franchising in Germany. Currently, GBD is a program of the foundation Horst founded and operates, which exists to house GBD and to help finance the nursing home at which it was established. With the aim to marshal additional resources to expand the GBD initiative, Horst is converting his existing financial structure, which is based primarily on donations from foundations, into a hybrid mix of earned income from fees, federal government and community support, and contributions from a markedly expanding donor base.

While the partnership program is key to his work, Horst’s talent lies in strategically targeting stakeholders and working toward the systems change he envisions. To raise public awareness, he has led a careful process of finding national patrons for his work and has engaged Germany’s leading news anchor, Tom Buhrow, and his wife, adding to GBD’s visibility and credibility. To further incorporate his model into the institutions, Horst founded an Advisory Board with twelve widely recognized experts from Germany and beyond in the fields of aging (including a former national minister and leader of the largest network for the elderly in Germany, BAGSO), education, neuroscience, social entrepreneurship (including Ashoka Fellow Aaron Hurst), foundations, and others. Everyone he approached joined right away. Horst has also identified and engaged with GBD’s first school in Berlin, which has added GBD as part of its curriculum. With it, he put in place the first regional coordinator, showcasing that this scaling strategy is ready for national rollout. He also is in early talks with political contacts about a “generation-friendly” label for institutions to foster more sensibility on the topic and to think about ways to offer follow up engagement opportunities to children and youth formally in the program.

Having pursued his formal education with a banking career in mind, Horst faced a first career transition in the late 1990s, when he questioned the impact of his work and the “scratch on history” of a conventional banking career. After considerable soul searching, Horst abandoned his banking career to pursue an interest since childhood—caring for the elderly. His first step was a position as an assistant accountant in a nursing home in Aachen, and in spite of the risks and financial sacrifices it involved, it felt right to him from the beginning. From assistant accountant, Horst was quickly promoted to assistant manager, and then to the nursing home’s manager—a position that provided welcome opportunities to become a changemaker in the eldercare field.

Drawing on his experience, Horst has developed deep insights into the weaknesses and challenges of most of the current array of eldercare institutions both in Germany and in other parts of Europe. He has learned that what is generally regarded as appropriate standards for good eldercare—as measured by adherence to established indicators of proper hygiene, nutrition, and nursing care—are by no means sufficient to assure a high, or even a satisfactory, quality of life or emotional health. During a foundation-funded opportunity to visit eldercare institutions in the US with widely varying operation models, he found the initial inspiration for the GBD approach, and building on that initial inspiration, he resigned as manager of the eldercare institution in Aachen to devote his full energies to the refinement and spread of the Bridging Generations model.