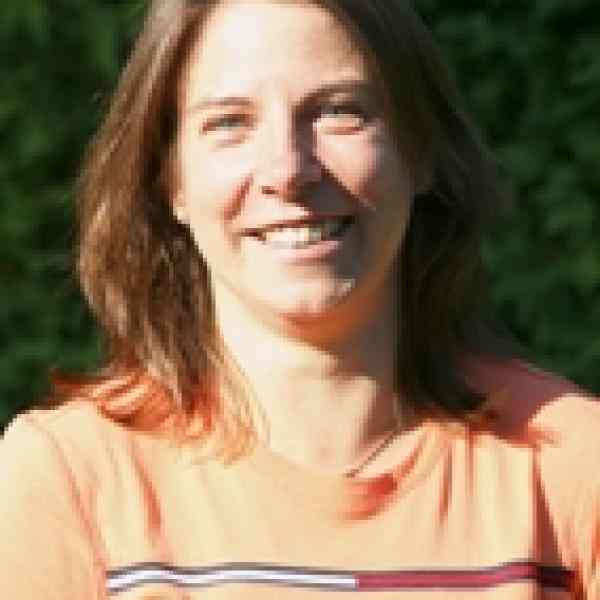 Heike Schettler is changing the German educational landscape through a creative science exploration program that puts children of all backgrounds in charge from a very early age. By encouraging children to constantly question their environment and follow their curiosities, Heike is changing the way science is taught in and out of the classroom. More broadly she is contributing to greater awareness and appreciation for science across society.

Heike Schettler is breaking down the ivory tower of science by empowering young children to pro-actively question their environment, thus counteracting the fear and misunderstanding of science widespread in the adult population. Through her innovative Science Lab program, she is reforming the traditional school system by thoroughly reaching out to every kindergarten and primary school in Germany and helping them adopt a method of teaching science that is effective and fun. Recognizing that a population in which only experts can understand basic arguments on scientific topics (and therefore manipulate the masses) faces huge democratic challenges, Heike has developed a system that gives 4 to 10 year old children the opportunity to be in charge of their learning. They can appropriate science at their own pace by probing, asking and experimenting while being led to understand the complex arguments by specially trained lay-experts.By helping children learn that they are entitled to ask questions and search for answers, Heike simultaneously reverses Germany&#39;s top-down educational approach. Supporting and fostering children&#39;s curiosity from a very early age on regardless of their class background, she has built a system that empowers children and helps eradicate class as the determining factor for a child&#39;s future educational career. Heike systematically spreads her system throughout Germany, making a special effort to reach children from non-academic and low-income backgrounds, while training nationwide kindergarten instructors, primary school teachers, parents and other “laypeople” so they overcome their fear of science and feel confident to help children take charge.

Science and technology are integral parts of modern life. Similarly, there are many political and ethical discussions surrounding science, ranging from genetic screening to HIV and Aids treatment.Nevertheless, knowledge about scientific arguments is by no means widespread. On the contrary, it is often the case that people pride themselves for their ignorance in chemistry or biology, while it is considered a “must” to know facts about history or politics. However, science is generally considered best avoided because it is perceived as being for only experts. This poses a democratic challenge, as people cannot make informed decisions about certain public issues without understanding the science involved.In Germany, the number of students studying science is in decline: with roughly 600 students per 100,000 inhabitants, Germany is far behind other developed countries like Finland (1,800), the UK (1,300) or Spain (800), while many young graduates leave for the U.S.There is little or no science education in kindergartens or at elementary school. Biology and chemistry classes start when children are 10 or 12 years old. According to the recent Program for International Student Assessment ranking that compared students' performance across all OECD countries, Germany's education system scored well below average, revealing alarming deficiencies especially in science and technology.Apart from the fact that many teachers and kindergarten instructors know little about science themselves, this poor performance is also caused by the often top-down approach of learning in average public schools, which account for more than 90 percent of the nation's schools; around 12 million pupils. The content of classes may often seem irrelevant to students' lives. Even though teachers are interested in team learning and inquiry-based initiatives, they often lack the “how-to” skills and instruments. Financial and structural challenges (such as the federal German system) prevent national qualification of instructors and children/instructor ratios that would allow individual support.Furthermore, sociologists found that Germany scores badly in international comparative surveys that relate class distinction to education: Even though the educational system intends to balance inequalities, provenance still determines education and children from underprivileged backgrounds in particular have fewer chances to reach the university level.

Heike started Science Lab in 2002. When she first approached schools, not being a teacher, she was not taken seriously. She found that many kindergarten and school teachers were afraid of science. So, rather than start with the schools, she began developing her project as an after-school activity.Science Lab is based on a curriculum for 4 to 10 year olds that works with children’s natural curiosity to understand what is happening in the world around them. The program gradually leads each child to a deeper understanding of the complexities of the world. Lessons start with typical questions that children ask, such as “How does a rainbow get its colors?” and “Why does water boil?” or “Why is red red?” Then the children are encouraged to conduct, describe, and analyze experiments with guidance from instructors. Heike's curriculum has gained recognition on an international scale from experts who praise it for its ability to explain complex material in a way that is appropriate and fun for children. "Children have a right to understand," says Heike.The Science Lab courses offer a wide range of age-appropriate experiments and guidance on numerous topics in the fields of Biology, Medicine, Chemistry, Physics, Technology, Astronomy, Geo-Sciences (especially Geology). There are now ten modules that are constantly re-written, taking into account the reaction from children which each Science Lab instructor feeds back to Heike. Courses take place in groups of up to eight children and last 14 weeks, with one unit per week. Children work in teams and also get individual support that allows them to develop at their own pace. Their curiosity at that age is boundless and their capacity to understand scientific problems much greater than most adults would expect. Various links in the curriculum to other fields such as history or geography enable the instructors to easily trigger knowledge and abilities beyond science and support the children’s associations and connective thinking. Participants also learn to support and help each other. Through an extensive evaluation performance scheme, Heike's data reveal that the courses significantly improve the children's observing, analytical, verbal, and social skills. Parents are involved in initial preparation meetings, they are given numerous occasions for feedback throughout the program, and are left with learning materials that help them support their children’s questions and continued learning after the courses have finished. Parents are also invited to an event when the program ends, where children can showcase what they have learned and teach their parents. Teachers of the after-school courses are interested lay people, many of whom are parents themselves. They must complete a multi-step application procedure and a training course with several modules. While there are several hundred applicants in the database, Heike has trained 70 people, and more than 3,000 children have attended after-school classes. The 70 after-school instructors are all franchisees of Science Lab and pay a small license fee plus a fee for a regular training to stay up to date. They finance courses by accepting 10 Euros per child. In 2004, Heike had proved her approach worked through this after-school program and she began approaching schools and kindergartens again. She knew that she needed to entry into the school system to achieve impact at large scale in Germany and to reach children from disadvantaged backgrounds whose parents would not be able to afford or would be unwilling to pay. She took the best teachers from the after-school classes with her and met with the kindergartens. This time she was able to show evidence: adults could convey science in a new way, parents were supportive, and that children were learning—and having fun in the process.

As a result, Heike was successful in convincing the first kindergartens to try her program. Science Lab has trained more than 500 kindergarten and primary school instructors and reached 10,000 children. The Lab continues to add 50 to 100 more kindergarten teachers per month who are “science-literate.” The most experienced franchisees qualify to train kindergarten teachers and only those who have the pedagogic capacity to reach out to kindergarten and primary school instructors are accepted in the training program.Driven by the desire to reach children from all backgrounds, Heike is making a special effort to reach out to poor neighborhoods. She is now active in kindergartens with less than 5 percent German children (the rest are immigrants), offering them the same quality training as upper-class Germans. In these surroundings, the science experiments and classes have supported team-learning and analytical skills but also have begun to overcome language and social barriers.Recently, Heike was invited to re-write the curriculum for the federal Bavarian education department. She is introducing a bottom-up, children-driven approach into formal education, helping teachers move away from front-teaching while empowering children to learn by asking and inquiry. Heike is getting companies with scientific interests to sponsor “Science Lab boxes,” toolkits that intensify the experiments and continue education in schools, workshops and at home. To accelerate the kindergarten and primary school impact, she has convinced corporations such as Siemens to sponsor the introduction of the curriculum in schools in their regions, especially in poor neighborhoods. To further support her work, Heike has set up a fund to finance additional Science Lab classes for underprivileged children and in hospitals.Furthermore, she has built an association of scientists that support young researchers who show extraordinary talent: young scientists receive additional support through scholarships that include internships with scientists in laboratories or museums and even cross-country exchange programs (in France). Science Lab organizes special days on topics of interest (e.g., Water Day) that are developed in part by the children—often during holidays when many children are accessible.To increase public awareness, Heike regularly speaks at conferences and fosters her concept through media; newspapers, radio and television. Her goal is to reach half of the 47,000 kindergartens in Germany over the next 5 years. Science Lab has spread to Spain and will soon begin training its first instructors in Hungary and Colombia. Heike receives many requests from various countries but prefers a manageable step-by-step growth strategy. Science Lab has also inspired other companies and organizations to start science learning programs.

Heike grew up in the former GDR and actively participated in the citizen movement that led to the collapse of the system. Her father was an engineer and Heike had early exposure to the sciences and technology. Lecturing in physics and chemistry and receiving a doctorate, she was a brilliant scientist throughout her career and as an expert, became aware of the democratic importance of science knowledge for society. While studying in the United States, she saw the difference between the front-teaching German model and the more interactive, inquiry-driven American students.Heike worked for BMW in research and development and initiated being switched to marketing where she honed her skills at explaining scientific innovations and principles to the broader public. After spending 2 years in a new-economy IT start-up, Heike set up her own company specializing in marketing for high-tech-companies, focused on introducing technological innovations by explaining and highlighting their use for the customers. Her underlying motivation was to make sciences more understandable and approachable. When she had her own kids, she started reading the educational theories of Maria Montessori, enthusiastic about and feeling naturally connected to the concept of putting children in charge. Inspired by her 4 year old son and his constant questions and stunned by the lack of existing options in Germany, Heike started developing science experiments appropriate for her son and his friends and developed her ideas to change the system. She decided to leave her career in the private sector behind and founded Science Lab in 2002 together with her partner Sonja Stuchtey to overcome the flawed traditional methods of education in Germany.