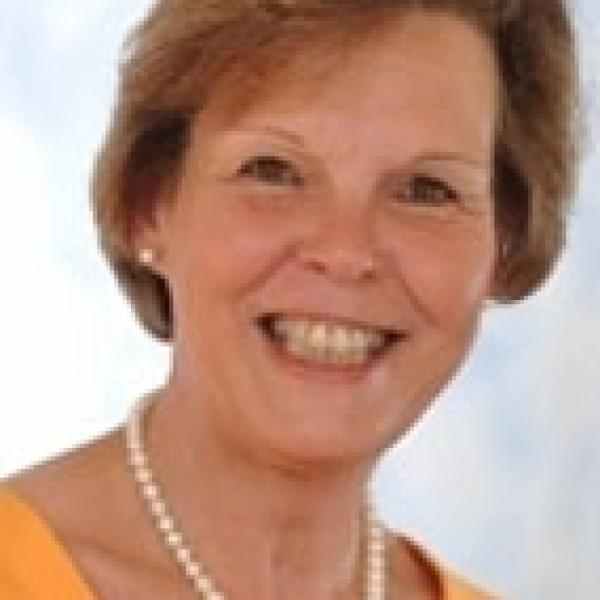 Share
Germany
Papilio
Ashoka commemorates and celebrates the life and work of this deceased Ashoka Fellow.

This profile is dedicated to the memory of Ashoka Fellow Heidrun Mayer who passed away in 2016.

Heidrun Mayer’s PAPILIO program teaches kindergarten children how to recognize and express emotions using a series of simple toys and lessons, greatly enhancing their resiliency, improving the pre-school environment and preparing them to become active learners and successful students. This emotional literacy program is spreading quickly through a social franchise model which trains educators and is transforming early childhood education practices throughout Germany.

Heidrun is changing the face of early childhood development in the education system through her newly developed, comprehensive approach to teach empathetic ethics and emotional literacy in German kindergartens. The program grew out of initial research from an international study on resilience factors for drug addiction and violence conducted at the beta Institut, an Institute for Research and Development. Heidrun, who worked at the institute, recognized the broader potential of the research. Drawing from it, she developed the PAPILIO program to focus on building resilience factors in young children. She skillfully brought together a broad coalition, including scientists, 100 kindergarten teachers, over 700 children, 1,200 parents, as well as the world-famous puppetry of Augsburger Puppenkiste (i.e. Germany’s most famous puppet theater), to develop the 2005 pilot program.

One of the central elements of the PAPILIO program is the use of storytelling to reach young children. Four puppets representing the emotions of anger, sadness, fear, and happiness are introduced to the children without any judgment that one is better than the others. To teach emotional literacy, Heidrun’s model incorporates these figures, as well as other pedagogical tools in the form of a children’s game, into the daily routine of the kindergarten classroom. The children learn to communicate their feelings, to overcome irritations about the behavior of other children and grown ups, and to empathize with others. These simple instruments have measurable long-term impact, such as reducing aggressive and violent behavior, improving the working environment of kindergarten teachers, as well as facilitating children’s transition from kindergarten to school.

Today there are 137 PAPILIO trainers who have trained over 3,200 kindergarten teachers, reaching 58,000 children across Germany. To date, the Augsburger Puppenkiste has performed the PAPILIO story Paula and the trunk pixies in 122 cities, reaching nearly 30,000 children.

Increasingly research on resilience in adolescents and adults is traced back to early childhood experiences. One key finding in studies of resilience is that children need to learn to speak about their own feelings and to communicate them to others in order to be able to empathize with their peers, which in turn is one of the key indicators for resilience against violence and even addiction. Some of the most important and formative times for young children are those years before entering school, from ages three to six. Heidrun recognizes this and works to incorporate all the important influencers on child development, including parents, families, other children, and teachers; who all have a critical role in helping children learn emotional literacy.

There are nearly 2.7 million children currently enrolled in kindergarten in Germany, which covers the ages from three to six. During these early years, children may deal with their emotions through defiance and anger, often resorting to aggressive and even violent behavior against others or themselves. Teachers and parents often feel overwhelmed by the aggression of young children, and may label this behavior as an illness, as seen by the increasing diagnosis of ADS/ADD and treating it with tranquilizers. Nearly 200,000 teachers take care of these children in Germany. Although teachers must complete an apprenticeship of five years, the German education system lacks any unified training or certification standard or even continuing education requirements for kindergarten teachers and kindergartens. (In Germany’s federal structure there is no single ministry of education or similar entity with responsibilities for national policy and standards.) In the current economic environment, kindergarten teachers are faced with worsening job conditions, characterized by declining teacher/student ratios and little support for continuing education and training. In a profession that is poorly paid, these conditions add to teachers’ stress, and create a challenging environment for learning and education.

When Heidrun started to work with the independent research institute that was affiliated with the Betapharm pharmaceutical company, she discovered very interesting research for developing emotional literacy in kindergarteners on her desk. However, these ideas proved not to be practical enough to be implemented in kindergartens, nor were they fully informed by the latest research in the field. Through Heidrun’s ability to translate the experience of the worlds of academic research and the practical worlds of kindergartens and children and parents, she took the seeds of the idea from the research and developed a comprehensive school-based program, PAPILIO (www.papilio.de).

The core elements of the program are stories and games that are implemented into the daily life of kindergartens. Each of these elements addresses different levels of human emotion, communication, and interaction. The story Paula und die Kistenkobolde (Paula and the trunk pixies relays a narrative in which Paula is a little girl who plays with four puppets. The puppets represent the four most important emotions: Happiness, sadness, fear, and anger. Through the puppets, the children have the means to talk about how they feel—which becomes a regular part of their everyday preschool experience. Teachers and parents are taught the story and its uses so that it can also be incorporated into the child’s daily routine at home. Another element of the model includes the “mine-yours yours-ours” game, which is used to develop social skills and empathy. In this game, children learn to understand the importance of every person in a group, what a group actually means, and how groups interact. The children receive fun rewards to break down the complexity. A second element is the “toys are on holidays” game, where children learn to play without toys, discuss other possibilities of interaction and learn to participate in decision-making.Heidrun’s program was initially tested and evaluated over a two-year period in a group of 700 children, with very positive results. Among the findings—it led to less violent behavior among already aggressive children. Parents, teachers, and children all reported that the program produced a more friendly and respectful atmosphere. In implementing the roll-out of the program, Heidrun established a network of partners in various German states, as no one national organization or institution could assist in its expansion. She has relied on diverse funders, ranging from state level ministries, health insurance companies, foundations, and companies such as BMW and the Robert Bosch Foundation. These partners ensure that the trainings do not become too expensive for kindergarten teachers.

Kindergarten teachers have been extremely receptive to the program and are helping to spread the concept. After a year of regular trainings, meetings, and psychological supervision, teachers receive a certificate, which allows them to work in any kindergarten of the PAPILIO network. Additionally, kindergartens using the methodology receive a certificate and become official partners. There is a strong quality management system and rigorous evaluation in place. For example, regular meetings between PAPILIO trainers and teachers assure the quality of instruction and build a community between kindergartens, residential communities, and local companies.

Heidrun is now at an inflection point. Having developed the program inside the research institute, she has negotiated to take the program into a separate organization, PAPILIO, e.V., which she has founded to take the program to the next level. She just laid the legal foundation for a spin-off company, negotiated the new entities retention of the intellectual property, and has begun to attract major funding from new donors. Heidrun is also working to diversify her social franchise model to generate several income streams.

Heidrun is additionally working on expanding her program to children under three-years-old as well as to elementary schools (i.e. children aged six to eight). She is also in talks with other programs doing follow-up programs starting from there.

Heidrun comes from a caring family. When her father had an accident when she was a teenager, the entire family had to stick even closer together and allocate duties in a new way. Through this experience, Heidrun had to take on responsibilities at a young age. Visiting her mother at her job in a daycare unit, Heidrun observed her work with small children early on. Even though her godmother wanted her to work in the pharmaceutical industry, Heidrun opted for an apprenticeship as a kindergarten teacher. Realizing that this apprenticeship did not equip her with enough knowledge to work with children the way she wanted, she studied social work with a focus on preschool and kindergarten.

One of Heidrun’s first and crucial challenges was her work as a social worker in the city of Augsburg in the 1990s. Augsburg built homes for asylum-seekers, but had no strategy or plan to integrate them into the community. She established meeting places for asylum-seekers and the community, founded a job center, and even new kindergartens. Searching for a new challenge, Heidrun opted to work for an academy, training kindergarten teachers. Through this work her entire perspective of kindergarten work changed, as she saw teachers overwhelmed by their work, without the means to cope with increasingly diverse groups of children, and increasing behavioral problems.

As an expert of skill-enhancement for adults, the Betapharm Research Institute recruited her to set up programs for its employees. This is where she found the “fruit basket” of PAPILIO, a basket of good ideas for kindergarten teachers developed by the local Rotary community. These ideas, however, were not suitable for implementation and not up to date with the latest standards of pedagogic insights. This is when Heidrun started to work with scientists to set out the new PAPILIO concept, and in the end, has successfully implemented it in several regions throughout Germany.