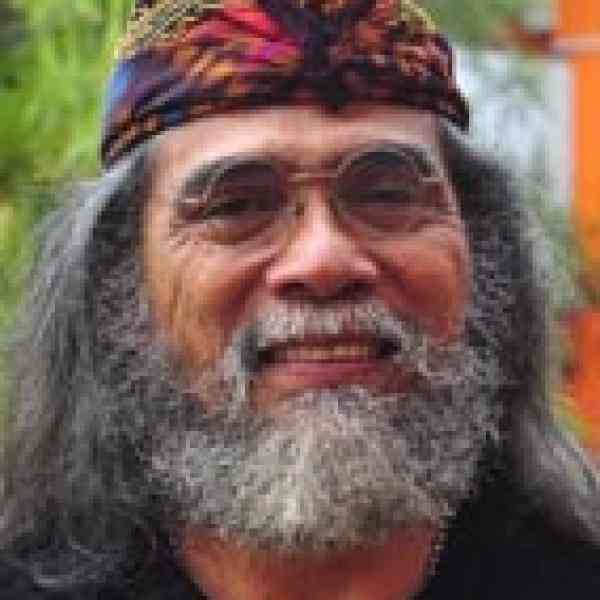 With the absence of a work-at-height safety system, Indonesia is second in the world for number of workplace accidents. Harry Suliztiarto, a professional rock climber, has pioneered the safety system for workers at height in Indonesia.

At a 2005 meeting of corporations and government officials about workplace safety in Indonesia, Harry heard a message from industry heads that struck a nerve: it was easier to pay for a worker’s fall than invest in safety. Having pioneered the first national mountaineering club, Harry knew this was wrong. No one needed to fall and he had the skills to change this.

Seizing the moment when a rapidly growing construction industry was becoming wary of liability to workplace scandal, Harry set out to develop the infrastructure needed to ensure safety of workers at height, the group most vulnerable to workplace fatalities. He developed reinforcing components: government enforced work-at-height (WaH) regulation standards, a training certification system and workforce to train others, and the start of a low-cost domestic equipment industry to lower the cost to companies who provide safety equipment to workers at height. Through an approach that both pushes the government to raise their standards and enables champion companies to establish a new paradigm for worker safety, Harry has catalyzed a new sector that ensures safety, and advances the profession of working at height.

In 2007 the Indonesian government reported that seven workers died each day from 95,000 work accidents among Indonesia’s 100 million work force. Falls from height (60 centimeters or higher) account for the largest cause of workplace deaths and are main causes of injury and long-term disability. Although the Indonesian government had issued legislation and complementary regulations to ensure work safety since 1970, the WaH sector lacked any legal basis or incentive for companies and workers to comply with the safety standards.

Most workers at height are unskillful and untrained. They are therefore subject to low wages regardless of the types of high-risk work they perform. They are typically employed daily with little or no security. In addition, most companies do not equip workers with any safety toolkits. Those who already use safety equipment, often apply inappropriate techniques and equipment that does not reduce the potential for accidents. Since most safety equipment is imported from the United States or Japan, most companies would rather budget for work accident compensation than purchase safety equipment because they perceive it as less costly. Though Indonesia has produced some equipment locally, the government has not yet been confident to provide standard certification due to the absence of mechanisms and infrastructure to test and certify the products.

Besides the urban industries of telecommunications, construction, and other building services employing workers at height, hundreds of thousands of rural workers also WaH. However, they are typically self-employed and not governed by any formalized employer relationship. The production of sugar from the sugar palm tree in Indonesia depends on the supply of sugar palm sap from informal workers whose product is purchased by sugar collector “middlemen” who sell to refineries. Nearly half a million rural dwellers make their living as sappers in the island of Java alone. A typical palm tree sapper climbs up to eighty trees per day. With this intensity, in 2007 a national newspaper reported that every year 40 percent of palm tree sappers on Java fall from trees which causes permanent disability or death.

In the long absence of a safety system for the WaH sector, Harry pioneered a new infrastructure with mutually reinforcing components and incentives for the government, company and skilled trainers involved. Harry built his work on the strong foundation of the Skygers mountaineering club he founded in 1977. An open-membership amateur club, the 2,000 current members are spread across Indonesia and engage in climbing, hiking, research and promotion of the sport. Through the Skygers Climbing Academy, members can receive training on how to safely practice the sport and preserve climbing areas. In recent years over 1,500 Skyger alumni have graduated from its training courses. They are in the process of developing a nationwide vertical rescue network and form the talent pool for a new workforce of instructors and monitors of workplace safety. Four instructors have international certification for WaH safety.

With this growing understanding of skills needed to ensure WaH safety, Harry began working with workers at height to help them understand the dangers they face and safety measures they can undertake to reduce the risk of falls and injuries. Harry introduced personal protective equipment to workers, including full body harnesses, helmets, lanyard rope, safety shoes, and eyeglasses. He also began to advocate for the government to formalize the safety standard for personal protective equipment. In 2007 Harry founded Asosiasi Rope Access Indonesia, a nationwide association which serves as the vehicle to spread a four-tiered classification system of workplace competencies for workers at height. He designed the training curriculum standard for the four levels (three technician levels and instructor level) and set up professional test and certification mechanisms.

After successfully piloting the training and classification system with multinational companies that sought safety training for their workers in Indonesia, Harry set out to establish new government standards for WaH safety. He brought his model to the Ministry of Labor and succeeded in getting the government to issue regulations in personal protective equipment and safety standard operating procedures for workers at height. The regulation implies a new position of safety manager in companies responsible for overseeing the implementation of safety standards. The Ministry of Labor also then set up a WaH division and mobilized 100 new supervisors to monitor the implementation of safety standards at the company level. Though initially the regulation stipulated voluntary adoption for those companies wishing to receive certification in workplace safety, Harry’s continued pressure at the ministry has been instrumental to the proposal of a national law to make WaH safety mandatory and failure to comply punishable with penalties.

To ensure that companies can adopt the new standards, Harry also worked with the Ministry of Labor to establish a way for them to access training and certification services. He helped the ministry establish a mandate for a category of private companies called PJK3 Rope Access, a government recognized company sanctioned to deliver training services for workers at height that must be founded by a certified instructor of worker at height safety. The government regulation permitting the establishment of a PJK3 Rope Access company creates both a needed supply for training services and creates a greater pressure within the industry to improve their safety practices. To date, six service companies have been created by Skyger-trained alumni and have provided competency certificates to over 100,000 workers at height.

With the new regulations for rope access measures for workers at height, Harry set out to address companies’ access to high-quality and cost-effective equipment. The new market for safety equipment has led Indonesia producers to develop product lines that make WaH safety equipment locally available and more affordable than imported products. However, since most of the Indonesian-produced safety equipment is not yet certified, Harry is pushing the government to develop a national certification bureau as an authorized certification institution to test and certify locally produced safety equipment. Wary of the possible delay in the government setting up a new body, Harry also established a mechanism that could serve as an interim industry standard setter. He founded a WaH experts association A2K2BT, which engages companies, workers unions, and government representatives, to boost the development of the WaH sector in Indonesia. Specifically, A2K2BT members work together to develop competency training curriculum, draft new regulations, and exchange information of the implementation of WaH safety procedures. As the issue of certification matures, the A2K2BT association is Harry’s “plan B” to ensure that new equipment is up to standard by establishing their own rating system.

Although still in its infancy and requiring much work on rolling out safety training, compliance measures and equipment certification remaining, the infrastructure for WaH safety Harry established is advancing rapidly and promises to set a new paradigm for the industry. At the same time, Harry has learned this safety system works best for workers employed by registered companies and not the hundreds of thousands of informal, self-employed workers outside of this system and who remain at-risk. Harry’s current focus is to adapt his multipronged approach to address a safety system for one such group i.e. palm tree sappers. He has designed personal protective equipment that can be accepted by the sappers in terms of both speed and aesthetics (sappers have found that the harness slows them down which means less profit for their sap and also find it “embarrasing” to wear). In a creative stroke, Harry began introducing the new rope harnesses to sappers through trainings followed by tree climbing competitions to overcome both those biases. Since many sapper families see falling as a fated occurance, Harry saw that the sappers’ wives are a strategic group to change this attitude. He has begun working with sappers’ wives groups to raise their awareness about work safety and the long-term costs to their family if their husbands fall and get injured as a way to increase safety equiptment purchase and usage. Capitalizing on connections made through Skygers, Harry is also working with insurance companies to develop insurance products with reduced premiums for sappers using safety equipment and is combining this approach with work with the sapper’s wives groups.

To raise awareness of the plight of sappers and place greater pressure on the companies that own the refineries, Harry and a group of climber colleagues have created a documentary series to present as part of a worker at height safety campaign in Jakarta, showing the reality of the risk facing distant sappers. The aim is to build pressure on refineries to source from collectors who only purchase from sappers using safety equiptment. Although a new set of challenges emerge from the informal rural workers at height reality, Harry’s approach is to create the incentives and the infrastructure to make all workers at height in Indonesia safe, and share the methods to influence similar groups like coconut pickers.

During his teenage years, Harry was passionate about rock climbing. Since no rock climbing school existed, he taught himself the technique from books and videos. Mobilizing some college friends from the Bandung Institute of Technology to join in his passion, he founded an amateur rock-climbing group, Skygers. After suffering some falls, he realized that he needed to ensure people were safe in their sport and developed a Climbing Academy built on Skygers’ network to teach safe climbing techniques applicable for rock faces and cliffs. Harry realized the Climbing Academy could generate the talent pool from which to change the paradigm for worker at height accidents and he broadened the skill training to include working at height and vertical rescue according to Southeast Asian standards.

After developing a multifaceted approach to keep workers at height safe in the urban areas, an even greater need began to emerge. A newspaper article about sugar palm sappers made him rethink the future of his work. According to the article, 40 percent of these poor rural workers fell every year leading to serious injury, loss of income, and even death. Harry recognized similarities in his rock climbing to the work of the sappers, but felt the fundamental difference between them: He chooses to climb, and they do not.