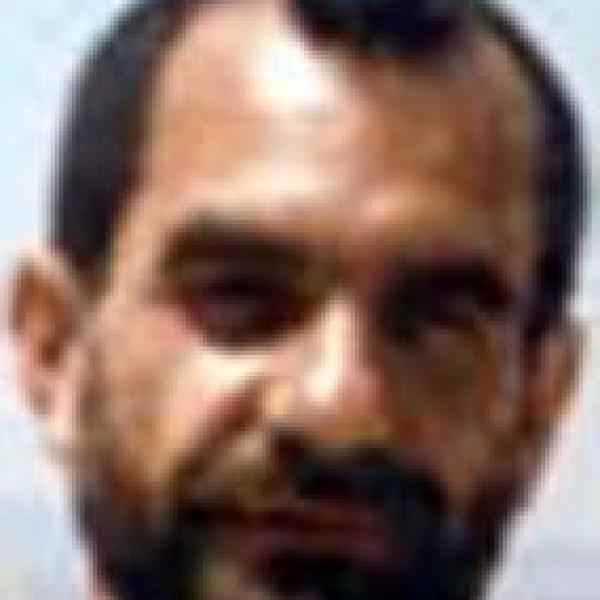 Guillermo Monteforte is empowering indigenous communities in Mexico to broaden internal debate on their place in Mexican society, while providing a new generation of leaders with a powerful tool for communication and expression.

Guillermo Monteforte believes that the only way to respond directly to problems like indigenous migration, loss of traditional customs and identities, and the neglect of indigenous culture at the global level, is to integrate voices from these communities into national-level policy debate, without obliging them to abandon their traditions. This process implies a need for access to existing means of communication as well as the creation of new channels. Guillermo has seen how effective video can be as a communication tool for Mexico's indigenous population, based on his experience at the Center for Indigenous Video in Oaxaca (affiliated with the National Institute for Indigenous People) and in the Latin American Council for Cinema and Video of Indigenous Villages, among other organizations. He now seeks to exploit an opportunity to broaden the isolated use of the medium into a comprehensive training process for young people from traditional communities across Mexico that will enable them to produce and distribute their own material, meant to be viewed by indigenous people and to be useful and entertaining for them.

While others have made films about the history and culture of indigenous groups, these have generally been for consumption by outsiders. Indigenous people themselves have occasionally attempted to document their customs, but usually lack the technical skills necessary to produce high-quality videos. Guillermo combines technical expertise with a network of indigenous contacts throughout the country, which he uses to identify the next generation of community leaders, and to train them to use video to build bridges within and beyond their groups.

Guillermo's idea responds to an emerging awareness among indigenous leaders that without access to modern technology and communications, their population will not be able to win an active role in Mexican society, at least not while retaining their own identity. He discovered a strong interest on the part of these groups to test the new medium as a means of preserving intergenerational memory, and of observing and critiquing their own way of life. Guillermo realized that the positive response was based on a belief that, properly used, video could testify to and define their existence, traditions, and forms of work to principally indigenous audiences. By helping indigenous groups to document their history and traditions, Guillermo enjoys their confidence, and although they do not permit him to witness all of their rituals, they have given him access to many customs and traditions.

Guillermo's work is especially important since many indigenous villagers customarily speak distinct languages or dialects different from Spanish, and are often illiterate because many of their languages do not possess a script. Therefore, knowledge and customs have been passed down through the centuries via oral communication and imagery such as stories, legends, music, weavings, and painting. This makes audiovisual taping a very useful tool that allows indigenous people to continue using the sounds and words of their traditions, while recording them in a modern format.

Guillermo is fascinated by the cultural wealth of Mexico, but troubled by the grave lack of communication among the creators of this wealth. The presence of mainstream radio and television is growing steadily in many communities. However, its contribution to the lives of indigenous people is minimal, and in fact electronic media generally represents influences that erode indigenous identity and thwart the preservation of local customs. The rapid changes in the relationship between indigenous villages and the rest of society make it especially important that decision-makers in these communities have recourse to efficient means of understanding, evaluating, and communicating events, in order to be able to defend indigenous rights and ways of life. In Oaxaca and Chiapas, where Guillermo does most of his work, the lack of media designed for indigenous people limits the options of more than four million inhabitants.

The majority of Guillermo's programs are designed for an indigenous audience, although some aim to address a wider public to increase awareness of the customs and problems of indigenous Mexicans. The films are produced with relatively low budgets, sharing personnel and infrastructure with existing communities and organizations. Guillermo gives workshops to the members of indigenous communities interested in the process of video production. These workshops cover basic knowledge and operation of a video camera, photography techniques, editing and production of video programs, organization of narrative for logical and clear communication, and distribution of the finished product.

Guillermo also produces documentaries at the request of indigenous groups, such as a video for a group of indigenous women coffee growers, showing the process of production and the way in which this work gives the women an economically active role in the community. He has worked in cooperation with other indigenous organizations, which normally deal with themes of great interest to the communities involved, such as the dangers of pesticide use to indigenous farmers, or a documentary about the devastation caused by Hurricane Paulina in the rural communities of Chiapas. All these videos are produced with the support of indigenous people whom Guillermo has trained as apprentices to go on to replicate his efforts in their own communities.

Guillermo is currently developing a more aggressive distribution strategy. So far the dissemination of videos has been efficient because the productions have been financed by the same organizations that solicit the videos. The National Fund for Support to Social Enterprises provides financing that covers costs of production and reasonable honoraria for one documentary, and the MacArthur Foundation supports another production. This project-specific financing allows organizations and indigenous groups to develop programs with the assurance that they will be completed. Guillermo himself disseminates the programs by taking copies to different indigenous organizations with which he has ties. These include Mexican organizations as well as international groups like the Latin American Council for Film and Video of Indigenous Villages. Guillermo also conducts showings in selected communities and makes copies of the tapes to distribute to anyone who requests them from his organization. One new method of distribution which Guillermo sees as promising, and which he has been pursuing recently, is transmission via a satellite educational network on the channel EDUSAT, which reaches all parts of Mexico.

Guillermo founded COMIN (Indigenous Communications), and is currently in the process of incorporating it as a nonprofit organization. He continues to produce documentaries, reports, fiction, promotional material and experimental works that touch on important themes such as indigenous autonomy, territorial issues, constitutional law, human rights, and gender relations. Guillermo seeks to spread the mission of COMIN through distribution of his videos to its members, interested organizations and communities, and indigenous groups.

From a very young age Guillermo has had a life that exposed him to different cultures. He was born in Italy, then lived with his parents in El Salvador, moved to Guatemala for 11 years, and finally relocated to Canada. In his youth he acquired a passion for photography, which grew into an interest in cinema. He sought to acquire and enrich his experience in the field of movies and television, and realized the great impact these media have on society.

At the age of 28, as an adventure, Guillermo decided to backpack from Miami to Rio, traveling by land through many of the Latin American countries. However, when he entered Mexico he almost immediately felt a profound connection with its history, people, and culture. He became interested in promoting the ideas and ways of life of indigenous people, and began working in the field of indigenous television.

Guillermo's experience has established him as a recognized professional in the field: he was director of the center of Indigenous Television within the National Institute for Indigenous People (INI), served as trainer and technical assistant in the Center for Development and Presentation of Cinematography, designed a program called Transfer of Audiovisual Media to Indigenous Organizations and Communities (also for the INI), and was instructor for the program "The use of video in indigenous communities", produced by the Latin American Council for Film and Video of Indigenous Villages. His work has been presented at film festivals in Europe, the United States, and throughout Latin America.