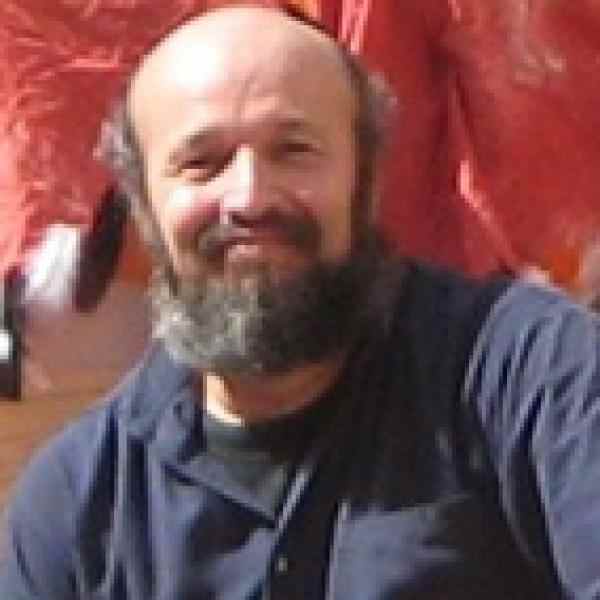 Guillermo Alonso is developing a culture of regard for children's rights by building cooperation among citizens' organizations who work on their behalf and incorporating children directly into communities' decision-making processes in southeastern Mexico.

Guillermo Alonso is creating a constituency for children in Mexico's Yucatán peninsula. The peninsula is home to the largest concentration of Mexico's indigenous Maya Indians and mestizo peasants and the poorest region in the country. By focusing on Maya children, the country's single most neglected group of youngsters, Guillermo draws public attention to the human rights of all its children. In so doing, he is leveraging Mexico's obligations as a signatory to the United Nations' Convention on the Rights of the Child to press for improved governmental policies to address children's needs. This goal will require new laws and an exhaustive revision of programs. Guillermo has linked together a broad range of citizen organizations to lobby for the necessary changes and, in the process, to develop more effective means of working together in a climate of poor government support. Perhaps the most radical aspect of Guillermo's work is how he incorporates the children themselves into the process of improving their lives. He believes that children should have full participation and voting rights in decisions that affect them, and he has developed a process that includes them in local government bodies and citizens' organizations. What makes this technique particularly promising is that he is demonstrating that it is practical and effective in improving wider community development among the Maya and thus offering a model for adoption in other communities.

From Guillermo's perspective the core problem is that society fails to make children a priority. "Public policies toward childhood are inconsistent, and the public expense devoted to them is not enough and often poorly administered. There is the intention...rarely fulfilled. For the case of Maya childhood, and indigenous in general, this is even more serious, with severe incongruencies," Guillermo has explained. In terms of life expectancy and health, education, nutrition and standing in the justice system, the conditions in the Yucatán where the Maya are concentrated are worse than other parts of the country, and worst of all among rural Maya.

Official statistics from the Ministry of Health placed the Yucatán infant mortality rate at 17.5 per 1,000 live births in 1995. However, a 1993 study by a prominent research center at the Politechnical National Institute reported higher numbers: from 25.5 per 1,000 in urban zones to more than 44 in rural areas where clinics are rare and many births unattended. One of Mexico's most successful public health campaigns has been a recent drive to immunize children and has reputedly eliminated polio. But in the end, says Guillermo, "there are doubts about the impact in the indigenous zones. And though the child mortality rate has been reduced in an important manner, the life conditions of children that survive death in our country are not discussed."

Though more than twenty percent of Yucatán children speak Maya as their first language, the only bilingual education is in the cities where there are the fewest in school who speak it. Rural schools are conducted in Spanish. Among children between six and fourteen years of age, fifteen percent have not learned how to read or write, the highest illiteracy rate in Mexico, and seventeen percent do not even attend school. Since there is some pressure from the Ministry of Education for teachers to include dropouts on their attendance lists, statistics about the levels of participation are misleading. The ones who do stay in school receive inferior education: according to some statistics, a sixth grade peasant elementary education is similar to a third grade urban level.

Government food-supplement programs are usually administered through the schools and do not differentiate among widely varying regional needs, although nutrition is, in Guillermo's terms, "one of the most serious problems of Mayan boys and girls. In some regions malnutrition rates are over 70 percent." Maternal malnutrition results in low-birth weight babies with a higher risk of both death and disability, which afflicts approximately ten percent of children in the region. For those in rural areas, about 30,000, there are no assisting services for the disabled.

A Yucatán youngster who breaks the law is faced with an important inconsistency in Mexico's juvenile justice system. Yucatán is one of only four of Mexico's thirty two states where sixteen is the age to be tried as an adult. All the rest, and the international Convention, mandate the age of eighteen.

Citizens who attempt to address the life situation for youth in the Yucatán find that there is nowhere available a clear statement of government policies that bear on children. Moreover, citizens' organizations have typically received little support or even acknowledgement from the government, which tends to see them as adversaries. In recent years, with fiscal stringency, the government has notably withdrawn support from social services, exacerbating the needs of poor children. This situation has made the situation of advocacy groups difficult: they have to do more with less. Guillermo has said, "All of this makes the groups look within themselves and in many cases compete for the scarce resources; the boys and girls they work with are the injured ones, finally."

Among a people who have spent five centuries under colonial rule, Guillermo is building a capacity for self-determination. He helps community groups generate their own ideas and carry them out in a collective manner. He has described his strategy as "oriented to the construction of experiences that are feasible and that can generate two kinds of effects: a demonstrative effect, that shows things can be done based on work and compromise; and a multiplier effect, that makes these experiences start to reproduce themselves on different regions."

In his own work, Guillermo has demonstrated how to implement his vision for placing children at the center of social policy. He believes that adults have generally lost their ability to criticize and transform their realities and that children should be empowered as decision makers not only to advocate for themselves but for the good of their communities. In a community called San Bernardo, he organized boys and girls to establish a priority for community change and set to work on it. They chose alcoholism, a serious local problem. They asked the authorities to regulate the bars, which were open all day as well as at night; they got a local Alcoholics Anonymous group started; and they presented plays and posters to engage public discussion about the subject. Now only two bars, out of an original five, are open, with timetables controlled by the authorities; their families experience less mistreatment and their fathers are home more; and the new AA group has fifteen members. A second community now has a health care center it didn't have before, because the state government responded to the efforts of local boys and girls. Kids in a third area have formed a day care center that will "free up time," as Guillermo says, "for their mothers and the babies' sisters, who are responsible to take care of them." In addition to the effects in their immediate communities, the children's organizing will have "multiplier" impact over the fifteen Yucatán communities where Guillermo is working; and the Maya communities will provide a model that can be adopted by other groups that witness its effectiveness.

A second dimension of Guillermo's strategy is his role as coordinator of a network of citizens' groups that advocate for children in the Yucatán. The group grew from seven member organizations to 36 in its first year and is building connections in the other peninsula states–Oaxaca, Chiapas, Tabasco, Campeche and Quintana Roo–to create an authentic south-southeastern regional network. In the absence of clear and consistent domestic policy for children, the network lobbies members of Congress, the Secretaries of Health, Education and Environment, the directors of various public agencies and potential future candidates to enforce the well-documented provisions in the Convention for the Rights of the Child, which Mexico signed in 1991. Guillermo and his colleagues have appealed to that standard to press their case for the Yucatán government to conform to the age-of-eighteen standard for juvenile justice. They collect information broadly about the status of children throughout the region. The network is producing Maya-language materials for promoters and teachers and continuing Guillermo's focus on nutrition. They are preparing recommendations to the state government for programs created on a regional basis, giving priority to the zones with the highest malnutrition. Four aspects of this work illustrate its strategic nature: (1) formerly-competing groups are coming together to share institutional strengthening, communications that educate the public, including a web page, and research on social policies; (2) six of the network's member organizations specialize in nutrition, which, as Guillermo says, "makes us more powerful when the moment of discussing the subject with the government comes;" (3) it reflects Guillermo's leadership toward cooperative action between citizens' organizations and the government: "It is important to release the government from the fear that we're coming 'with the sword out,' and make them see our interest in participating in the search for effective, low-cost alternatives that benefit a larger number of Mexican boys and girls." Finally, it includes children as voting representatives of member organizations.

Guillermo has lived in Mérida for ten years. He is extremely enthusiastic, "in love" with his work. All his life, he has enjoyed working with young people. Though he recognizes his own capacity for leadership, he also values the worth of each person and organization he works with and expects them to adopt some of his strategies and general goals while advancing their own, independent of his leadership. He believes that people inherently have the capacity to lead and direct themselves and that, when they have recognized their own power, they will have enough strength to change their existing reality.

Guillermo has an acute perception of the existing reality in Mexico with regard to children's welfare that is at once critical and optimistic. He brings a wealth of professional experience to his work as an advocate of children's rights. He has held several university posts in social psychology and has served as a consultant to governmental social agencies. He has also written a number of articles on child welfare issues.