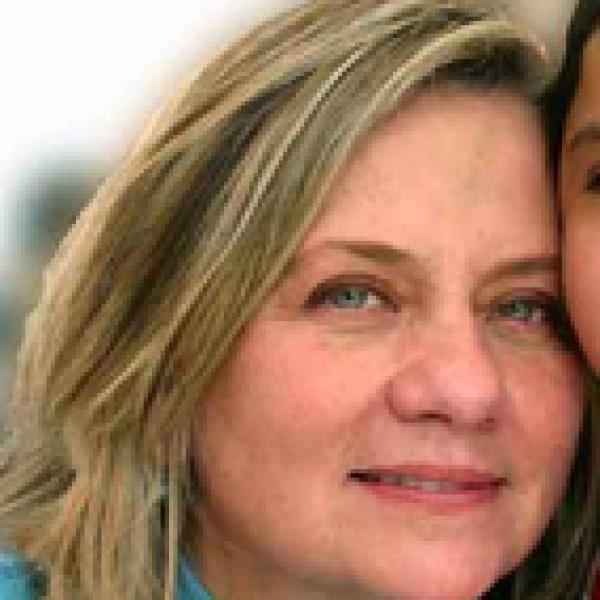 When Guadalupe was told that her small son had leukemia, she came face to face with the tragedy of children with cancer. She was brought into contact with children suffering from the disease whose families, unlike her own, were unable to pay for treatment. Almost immediately, Guadalupe began to fight for these children, forcing Mexican society to face up to the needs of families who had previously suffered in silence.

Although cancer is officially recognized as the fourth most common cause of death in children, few facilities exist in Mexico to treat patients and their families. Guadalupe realized that, in order to draw attention to this disease, an organization was needed to bring the situation into the public domain.While her own child could at least expect the best medicine and facilities available in Mexico, most children with cancer come from families without the money to make this possible.Since the only cancer treatment centers are in Mexico City, children from the provinces are particularly vulnerable. "I was appalled by the miserable conditions in which children from the provinces spent the night when they came to the capital to have chemotherapy," Guadalupe says. "They sleep on the ground, in the waiting rooms of hospitals, in metro stations and in parking lots near the hospital."The National Pediatric Institute treats 3,000 patients with 500 new cases every year; in the General Hospital, 600 patients are regularly treated with 300 new cases a year. Outside these two centers, specialist treatment is very limited. Guadalupe estimates that, beyond Mexico City, there are only 23 pediatric oncologists working in the entire country.When families can not find money for the journey to the capital, children stop receiving treatment. Many families cannot pay for the needed care that is not provided by the state health care system, such as chemotherapy.Since chemotherapy is very expensive, many hospitals do not offer the treatment to children whose parents can not pay. Instead they are sent to surgery or to radiotherapy. "Many children are dying because their families can not afford chemotherapy," Guadalupe says. There is no support system for families with a child suffering from cancer. Research into the disease is very limited and, until recently, the latest medicines were not available in Mexico.Guadalupe decided to publicize this dire situation and to give child cancer the priority they deserve.

In Mexico a state-funded public health care system provides, in theory, for the medical needs of the majority of people who can not afford private treatment. But there are many hidden costs --transport, food, medicines -- which are not covered by the government and which therefore make treatment impossible for many people.

Lab analysis, surgery and radiology are covered, other treatments, including chemotherapy are not, nor are any facilities or aid to outpatients provided.

Guadalupe estimates that 30 percent of children with cancer are not receiving treatment and that 70 percent of these would survive if they had access to the necessary medicines and facilities.

Since health care is supposed to be covered by the State, few private organizations have grown up to defend the needs of the sick.

When Guadalupe found out that her son had leukemia, there was no institution specializing in the plight of children with cancer and hence no pressure group campaigning for better services and for research into the disease.

In addition, there was no awareness of the need to help the families of children with cancer who, as Guadalupe had discovered, have a grave need for psychological support.

Although Guadalupe recognized the urgency of a campaign to promote the plight of children with cancer, she had no idea how to finance, publicize or organize such a project. Since foundations of this type are extremely rare in Mexico, Guadalupe was confronted with disbelief and cynicism.

Within seven months of being told that her son had leukemia, Guadalupe had formed Mexico's first organization designed to help children with cancer. "I spoke to the parents of other children and with my son's doctor," Guadalupe says. "Through them I found the initial support needed to set up the association."

The Mexican Association for Helping Children with Cancer (AMANC) began life on a small scale with Guadalupe sharing her son's expensive medicines with a young girl whose family had no money to pay for them.

Working from her home, Guadalupe then identified the aims of the organization: to provide chemotherapy for every child that needed it; to provide adequate shelter for children and families coming for treatment to Mexico City from the provinces; to provide psychological support and to encourage research into the disease.

Since there was very little medicine available for children in Mexico, Guadalupe contacted specialists in the United States and arranged to import the medicines needed for chemotherapy. All this cost money. Guadalupe established an agreement with the government that enabled her to offer tax reductions on donations.

Guadalupe has established an organized framework through which she collects funds from companies, from private individuals and from charities. She keeps donors well informed of her work through a commercially sponsored newsletter that also builds awareness of the fight against cancer in children.

AMANC now has its own offices and a staff of ten. Donations have enabled the organization to finance the AMANC scholarship, an award designed to encourage medical research into child cancer; previously, no such research existed in Mexico. She has also purchased transplant equipment not provided by hospitals for the young patients.

Through radio and television, Guadalupe is promoting public awareness of the disease. She persuaded the state broadcasting system to give her free air time so that experts can talk about child cancer and what can be done to fight it.

Through a chemotherapy program, AMANC has treated 751 children of whom 147 have now been cured. Children from 20 states of Mexico are being helped through this program.

AMANCs hostel provides three meals per day, transportation to and from the hospital and psychological support through group therapy. The fact that it was opened by the wife of Mexico's President reveals the impact of Guadalupe's conscience-raising efforts.

Nothing has come easily. The government would only donate the building, in a poor area of Mexico City, if the idea for the hostel was supported by the local community. Guadalupe managed to break down the neighbors' initial hostility by organizing water, electricity and telephones for the community and by setting up workshops in the hostel.

Guadalupe continues to fight. By increasing the fund-raising effort, she hopes to enable more children to receive chemotherapy and has already drawn up plans for an out-patient facility specializing in children cancer. Land has been donated by the government but the organization needs to find funds for the building and equipment. Once opened, Guadalupe aims for the center to become self-supporting by asking families with sufficient funds to pay for their child's treatment.

Until she found out that her son had cancer, Guadalupe was leading a sophisticated life as a working wife and mother. She was in charge of the VIP lounge at Mexico City's international airport; she had lived in the United States and then taught English once she returned to Mexico.

Her life changed dramatically with the news that her son had cancer. "Now I dedicate all my time and energy to AMANC projects," she says.

Guadalupe learned every step as it needed to be taken. When she first mentioned the idea of the association to officials, they laughed at her. She has fought prejudice, bureaucracy and ignorance to build a foundation that is taking strides to prevent the unnecessary death of children from cancer.

Using the Comprehensive Care Model for children and adolescents with cancer, designed by AMANC, Guadalupe&#39;s organization supports patients through all stages of the disease (diagnosis, treatment, monitoring and recovery). In each phase we try to reduce physical, emotional and economic exhaustion so that recovery, as well as personal and family development, can be achieved. The children and their families take part in recreational, educational and productive activities in order to acquire new skills. If a timely diagnosis is made, treatments are more effective; this is achieved by raising awareness among families, donors and volunteers so that the different ways of helping and being helped can be replicated.