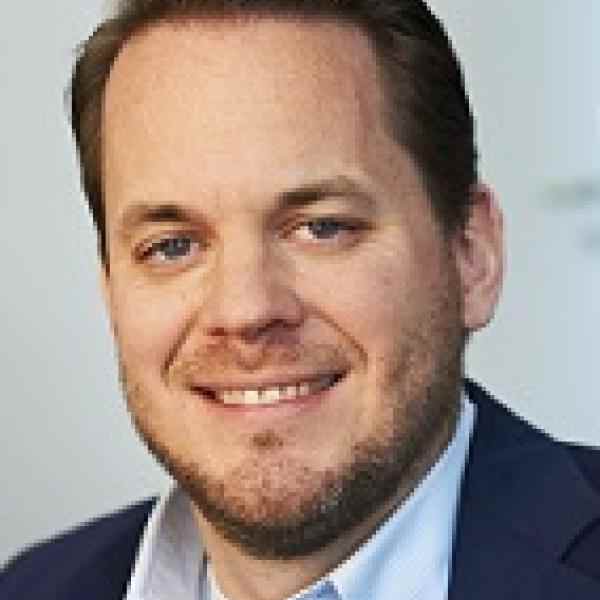 Gregor Demblin created Europe’s first online career platform to provide a simple and efficient way to include people with disabilities in all types of jobs.

Gregor’s organization, Career Moves, is the first employment initiative in Austria successfully penetrating the business sector and establishing corporate trust in the abilities, performance and added value of people with disabilities. This also positions them as top performers with the general public. By bringing together important stakeholders—companies, placement agencies, social service institutions, and job seekers—Career Moves helps companies and businesses support organizations to deeply understand the potential of individuals with disabilities for business interests. It also connects the formerly divided services of job agencies and social welfare organizations in Austria, thereby increasing the effectiveness of their placement processes and working to prevent stigmatization and exclusion. Thus, Career Moves reorganizes a fragmented landscape of support and potential work opportunities facilitating an unprecedented approach hinging on a full integration of services for disabled people entering the workforce.

Career Moves’ partnership with companies and placement agencies extends beyond the ultimate goal of attaining more hires to nationally changing societal attitudes about persons with disabilities in the workplace. Gregor has partnered with large corporations to help them become leaders in diversity management as well as a number of media outlets to transform public awareness. Additionally, he has created relationships with the Chamber of Commerce to mobilize the private sector and with the Ministry of Social Affairs to promote broader institutional reforms.

Approximately 8 percent of the total population in Austria is considered to have a severe disability. 13 percent of that population lives in conditions of poverty, compared to 6 percent of the national population. In Austria, like many societies, the welfare system has created separate spaces for people with disabilities. These individuals are placed in separate schools early on with often limited educational outcomes and then sent to special workplaces later as adults; they are typically subsidized and separated from the traditional labor market. As a result, people with disabilities are highly segregated and may only associate with other disabled people. Thus they have far fewer chances to realize their full potential as active members of society.

With an expected demographic transition to an older society, companies will face increasing difficulties in finding skilled employees. Unfortunately, employers often believe that hiring disabled people involves more complications and costs than benefits. For instance, employers are obliged to grant people with disabilities special dismissal protection rights, leading to an overprotection of disabled workers that employers are not willing to accept. Employers also fear higher costs and problems in the workplace. Thus, there is a lack of awareness and lack of information about disabled people’s abilities and what a company would need to do when hiring people with disabilities. The public often focuses on the disabilities and restrictions of these individuals, thereby ignoring their capabilities and competencies.

Regardless of these misperceptions, companies are still legally obliged to employ disabled individuals under a national quota system. However, only 22 percent of companies meet this obligation, resulting in annual penalties of up to €75 million (US$94M) for those who do not. Even dramatic financial incentives are not enough to change cultural attitudes of exclusion. There is demand for people with disabilities in the labor market and yet people with disabilities are often afraid to apply for regularly posted jobs, as they are not sure whether the employer is open to accepting them or at which point in the application process they should indicate their disability.

The current system of employment assistance adds to an environment of chronic exclusion. Although a large number of organizations in Austria provide placement services for people with disabilities, their strategies are inefficient and lack coordination. This confuses both potential employers and job seekers alike. From public institutions to welfare organizations to private associations, everyone offers a slightly different service. Placement agencies, moreover, often only address a fixed “pool” of companies with whom they cooperate with over a long period of time. This leads to an imbalance between the number of job offers and the number of disabled persons seeking jobs from agency to agency. Placement agencies compete for the most qualified disabled persons, as the government pays them by the number of successful placements. Therefore, despite allowing for the hiring of disabled people, this system continues to exclude those with disabilities who have not displayed top performance in certain fields.

Gregor recognizes that the overall problem is simple: the lack of transparent and clear communication and coordination between the different actors involved. In addition, a paradigm shift needs to be cultivated that redefines the understanding of “disability” and “ability” in the labor market. Far too often, people are “labeled” disabled by society rather than by their bodies.

To realize his vision of an inclusive labor market, Gregor has designed and implemented a job platform in collaboration with the job board, Careesma, the third largest job platform in Austria. Jobs are labeled with simple icons flagging positions that are accessible to people with certain disabilities (i.e. reduced mobility, visual impairment, or hearing impairment), an easy system that welcomes candidates to the job and reduces hesitation on the part of the applicant. Career Moves was founded in 2009 and by mid- 2012, 1,585 job ads were tagged with icons and 83 companies had started using the platform. So far, 4,000 jobs for people with disabilities are offered on this platform due to Career Moves direct partnerships with human resource agencies across the country. This produces multiple benefits: It creates an increased awareness among employers, gives people with disabilities access to equal job opportunities and makes it easier for traditional social service institutions to find employers who are looking to employ those with disabilities.

Career Moves acts as an intermediary organization, which fills the gap between companies and placement agencies for disabled people. Currently, there is no specialized service agency for companies to utilize if they are interested in employing disabled people. Working against low levels of awareness about disability employment within companies, Career Moves often directly approaches human resource departments to offer their service, first introducing their plug-in and symbol system. Once discussions with human resource managers begin, Gregor and his colleagues are able to sensitize companies about the abilities of people with disabilities, offering a comprehensive service package. The success rate for attracting new companies to advertise job offers on the Career Moves platform is at 50 percent, much higher than ordinary career platforms.

Through a wide range of media partnerships, Career Moves has placed 300 to 400 reports about the initiative in public media outlets since 2009.

Partnerships with other prominent career platforms in Austria as well as the Austrian Unemployment Agency are expected to exponentially increase the number of job offers for people with disabilities in the near future. Career Moves is already scaling up and aims to set up similar platforms and support mechanisms in other European countries within the next five years. Gregor plans to open a Career Moves office in Germany, where the situation is comparable to Austria, and hopes to find opportunities in Ireland working with Ashoka Fellow Carolyn Casey.

Through Gregor’s experiences and the experiences of others in similar situations, he realized that there was a need for a job placement service for people with disabilities that would not isolate them from the traditional job market. He started an investigation process, speaking to various prominent managers and the CEOs of Austria’s largest companies. He discovered that there was no service that truly integrated disabled job seekers into the job market. From then on, Gregor’s primary goal became to change that to ensure the disabled equal access to jobs. He kept exploring and testing new ideas until he created Career Moves, a transparent and simple process that truly leads to far more equal opportunities. In his words, Career Moves provides a “treasure map” for companies to tap into a pool of previously unseen top performers.