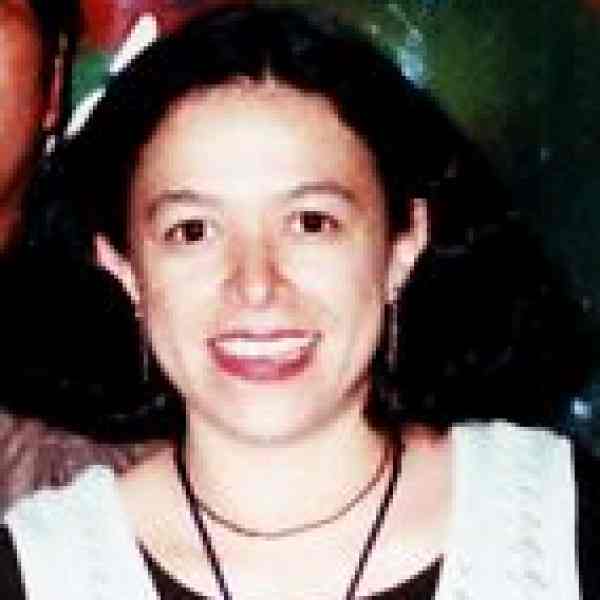 Gabriela Ejea is creating a network of socially committed consumers to improve the living conditions of small-scale coffee producers in Mexico through political activism, cultural support, and direct-service projects. Her ultimate objective is to build an experiential bridge between the increasingly disparate realities of urban and rural Mexico, to ensure that small producers are not left out of the debate on the country's development.

Gabriela Ejea wants to take another step in the "fair trade" movement. After ten years of work with grassroots producers and careful study of their target markets, she understands that an important segment of coffee consumers - students, young professionals, activists, and entrepreneurs - is also interested in social issues, and can contribute to improving the lives of small producers beyond simply purchasing their goods. Working from that insight, Gabriela is building a network of urban coffee consumers committed to lobbying in favor of public policies that improve the living conditions of coffee-producing communities, and to supporting social service projects and cultural activities that benefit producers and their families. She founded Coffee of Our Land (Café de Nuestra Tierra), a civil association dedicated to the commercial and cultural promotion of organic coffee. The association draws on Gabriela's ties to twelve coffee growing organizations from six states in Mexico, embracing nearly 48,000 small producers. Coffee of Our Land seeks to disseminate the cultural and economic realities that grassroots producers face, then build solid links between these producers and their consumers.

Gabriela's innovation lies in her ability to link the urban population's growing desire for involvement in social justice concerns with its love of organic coffee, as a way to raise consciousness and improve the lives of rural producers. Her proposal deepens people's awareness of their role and potential as consumers and, building on that self-identification, provides them with tools to participate in social transformation.

Coffee is one of the world's most popular drinks. Transnational companies invest large amounts of money in marketing different brands of "gourmet" coffee. Mexico is the world's fifth largest coffee producer -- an average of five million sacks annually, which generates US$900 million in foreign exchange -- and coffee is the nation's main agricultural export product.

Despite the significance that coffee retains on world commodities markets, and its importance to Mexico as a source of foreign exchange, most of those who produce it still live in abject poverty and cannot share in the profits their labor earns for others Mexico has no government policy aimed at protecting the interests of the country's nearly 283,000 producers, 69 percent of whom are indigenous farmers working plots of two hectares or less. These small producers, spread across two-thirds of the country, contribute 30 percent of the total output. They earn an average annual income of only US$650 dollars; 345 of 400 coffee-growing municipalities have average incomes below the poverty line. Since 1989, the drastic fall in the international price of coffee has generated significant migration from the countryside to urban areas or to the United States. For example, during the 1998-99 growing season, in just one region of Coatepec, Veracruz, with eight coffee-producing communities, some 2,550 producers or family members migrated.

Over the same decade, the prevailing free-trade sentiment in government has all but eliminated any comprehensive state policy to promote local coffee production and export, further weakening the industry. The Mexican Coffee Institute has been replaced by a much less influential department of the Agriculture Ministry. The result is an increase in low-grade coffee imports from Colombia or Brazil or instant coffee from the United States, into a country that has the potential for developing a high-quality coffee industry capable of enhancing sustainable forms of rural development. Consumers have no connection to the rural producers, nor are they aware of the importance of their purchasing power as a means of supporting development in their own country. One of the most significant contributions that an organized consumer group could make would involve lobbying in favor of government policies to restore the industry to the prosperity it enjoyed prior to the price collapse of the late 1980s.

Previous initiatives to help small coffee producers have focused on isolated attempts for direct export from the community without thought to creating a Mexican market for locally grown goods. In contrast, Gabriela is uniting the output of thousands of small producers under one brand name and certification process to facilitate marketing within Mexico instead of relying solely on exportation. By linking distribution outlets for this product in major cities to cultural activities and informational displays about coffee-producing regions, Gabriela engages consumers more directly in network activities, from tourism to financial contributions, from direct service projects to lobbying efforts.

Gabriela's insight that a certain segment of urban consumers would be willing to extend their sense of social responsibility beyond the purchase of products came in 1996, when she mounted an exhibition in Mexico City about the history and traditions of small-scale coffee production. Many of the 400,000 visitors asked for information about how they could relate to the communities presented in the show. Responding to the challenge, Gabriela thought about the contributions a "social consumer" could make, and she created strategies for harnessing their interest. She began by creating a strong and recognizable brand name, "Coffee of Our Land," that would attract socially responsible consumers. She has negotiated relationships between producer groups and Certimex (the Mexican Certifier of Ecological Products and Processes) so that output sold under the label will carry the appropriate seal of compliance with organic standards, and certification that it is distributed and handled by small-scale producers. She is also promoting the development of Coffee of Our Land cafés in Mexico City and the marketing of regional variations of small-producer organic blends

The brand name and outlets serve as organizing points for three types of ambitious initiatives - political, cultural, and socioeconomic. The simplest and least-demanding way for an interested consumer to support the interests of small coffee producers is by signing petitions in favor of specific policy proposals that the producer groups present to the Mexican Coffee Council (CMC), a department of the Agriculture Ministry that has become the only forum in which all the players in the industry come together. For example, small producers would like Mexico to regulate the importation of what they refer to as "falsely certified organic coffee" from Africa, or to join the international Association of Coffee-Producing Countries, in an effort to exert greater influence on global prices. Consumers willing to go beyond mere signatures can help circulate petitions more broadly, attend roundtables on the subject, and eventually participate at the CMC negotiating table along with other industry stakeholders. They can also support broader initiatives for comprehensive development policies for impoverished coffee-producing municipalities.

Cultural activities offer a convenient and appealing way to engage consumers. Soon after Gabriela mounted her exhibition, she began to organize events with traditional music, dance, and theatre productions from coffee-producing regions, the proceeds of which are applied to community-development projects. Gabriela is also planning to promote "coffee tours," a variation on "ethno-tourism" that would bring groups of urban dwellers on vacations in areas of the country where traditional culture is strongest. The urban outlets for Coffee of Our Land products will serve as organizing points for cultural and tourist activities.

The most ambitious dimension of Gabriela's plan involves engaging coffee consumers in socioeconomic projects for regions inhabited mainly by small producers. She hopes to solicit direct donations and the involvement of consumers in fundraising campaigns. With special reference to the student segment of the coffee market, Gabriela Ejea is designing opportunities for professional graduates to fulfill their social service obligations in the communities with which she works. These will range from provision of educational and health services to technical assistance with all aspects of the coffee production, distribution, and marketing process. The coordination of these placements is made possible by the fact that the local producer organizations with which Gabriela works are also involved in social development programs in their regions.

Gabriela's network is now emerging. Based on the response rate to the museum exhibit, where nearly 10 percent of visitors suggested they would like to be more involved in the concerns of domestic coffee producers, she expects the network to attract at least 10,000 members interested in cultural and educational activities, along with tens of thousands more who will demonstrate their support through brand preference for Coffee of Our Land. Eventually, Gabriela hopes further to expand the network by engaging consumers who are marketing professionals to help develop the concept of the "social consumer" in the public consciousness.

Gabriela Ejea's parents taught her to recognize social injustice and be indignant toward it. Her father overcame poverty through a successful commercial career, and passed on to his children a feeling of empathy toward the less fortunate. Young Gabriela showed her ability to organize people around common objectives, demonstrated by her success in establishing literacy classes for adults while she was still in high school. Meetings with poor people taught her about their hopes and expectations, the limitations they confront, and their efforts to overcome them.

At the university she studied law, with the idea of becoming a public defender, but after a year and a half switched to social communication because she thought it would be more useful as a means of helping people. She participated in a movement demanding access to better educational services, and then, toward the end of her studies, got involved with the coffee-growing issue through an invitation by the National Coffee Institute to produce a video about coffee-growing. This fit perfectly with her interests in group organization and her desire to resolve practical and immediate problems. At the National Coordination of Coffee-producing Organizations (CNOC), she held various positions in the departments of Communications and Outreach and then become Executive Director. She has gained a reputation as an impartial "interpreter of needs" between the countryside and government agencies. Gabriela left her post as Executive Director of CNOC in order to dedicate herself to promoting support for rural development and a link between the communities and their consumers.