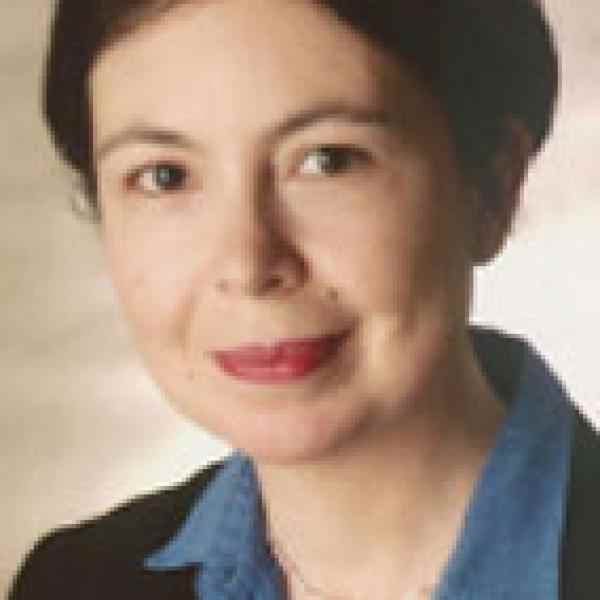 Gülcan Nitsch develops new approaches to recruit Germany’s largest minority group, Turkish immigrants, in environmental protection efforts. Gülcan is diversifying and broadening the base of the country’s environmental movement, she is creating a healthier environment and helping to foster better integrated communities.

Using a highly personalized and high touch communications approach, Gülcan works directly with Turkish media and the Turkish community to mobilize Turks around environmental issues. From the preparation of information materials to the community empowerment strategies she adapts, Gülcan focuses on the day-to-day world and the everyday language of her target group. Tailoring the messages and strategies to her audience often means leaving behind complicated modern environmental protection mechanisms, and instead, focusing on basic concepts that appeal directly to the needs of her target group, i.e. being more economical with household resources and energy.

To roll out her ideas and programs, Gülcan founded Yesil Cember (Turkish for Green Circle) in 2006. While her first priority was to develop adequate Turkish information materials about simple and hands-on ways to protect the environment (i.e. the usage of energy saving light bulbs, recycling, and how to avoid toxic chemicals), the initiative has developed into a knowledge hub for effective approaches to raise awareness about environmental protection among migrant groups. Yesil Cember began with public relations (e.g. every year Gülcan organizes the national Turkish environmental day), and moved toward more hands-on projects, including training migrant women to become environmental consultants for their communities. After a 30-hour training they begin to consult friends and relatives, then, step by step, reach out to their community, gaining more self-confidence and feeling a strong sense of responsibility for their environment.

Ultimately, Gülcan approach to sensitizing the Turkish community to environmental causes could be spread not only to ever more immigrant communities but also to other public issues such as participation in democracy or violence prevention.

Many immigrant communities in Germany, in particular, the large population of Turkish immigrants, remain disconnected from environmental protection efforts. Environmental groups have failed to integrate the Turkish community as well as other immigrant populations into their efforts. This results in key segments of German society not yet embracing environmental concerns as one key shared challenge facing the country.

A lack of understanding of environmental issues and knowledge about environmental protection measures among the Turkish community in Germany results partially from the fact that there are no materials available in Turkish nor educational activities reflecting Turkish cultural and educational background or living realities. Another reason for the lack of mobilization around environmental issues is that issues such as employment, integration, education, and low income are often placed higher on the agendas of Turkish communities.

Before Gülcan began her work, German environmental organizations had not seen migrants as a relevant target group and therefore had no mechanisms by which to engage them. Migrant organizations, similarly, did not perceive environmental protection as a relevant subject of their work. Until now, they have worked largely without connections on both the institutional and individual levels and did not realize the potential synergies of their specific competences and experiences.

Gülcan recognized that simply translating existing German materials into Turkish was not a sufficient measure to solve the problems facing Germany’s environmental community. Instead, she started to develop her own hands-on Turkish information material which includes pictures, metaphors, and references to Turkish daily life that could be easily understood by everyone, including the semi-illiterate. Parallel to the development of these materials, which nowadays can be found at almost all information stands in Turkish community centers around Germany, Gülcan convinced influential Turkish community associations (i.e. which exist in almost every Turkish community throughout Germany) to partner with her in organizing the first Turkish Environmental Day in Berlin. In spite of great skepticism, the event was a huge success. It has become an annual event, attracting hundreds of people and triggering many more environmental activities for the migrant communities.

Having intensified her collaboration with Turkish migrant associations, Gülcan and her team started giving two-hour lessons on environmental protection at countless Turkish community centers throughout Berlin and other cities in Germany. They quickly realized that women were especially eager to learn how to save energy and therefore money, how to avoid toxic cleaning agents and plastics, as well and other environmentally unfriendly actions. Behavioral changes as a result of the trainings do not only result in positive effects for the environment, but also in the better integration of the training’s beneficiaries in their neighborhoods and ultimately, in society.

Looking for ways to scale her impact and the number of people being reached by Yesil Cember Gülcan developed a 30-hour training course that educates women to be multipliers in their communities. Through its trainings Yesil Cember is catalyzing new local changemakers, thus spreading the model and its impact in ways that would have been impossible without encouraging community-members to take initiative. These local change makers go to the homes of their peers for environmental counseling free of charge. Although the women are paid for their initial counseling, Gülcan found that women often continue their work even after funding ceases, mainly because they enjoy the responsibility they have been given, often for the first time in their lives.

The whole initiative is backed through the support of Turkish Community Associations, which provide space and financial support. This is extremely important as it gives Yesil Cember tremendous visibility and builds trust within the Turkish community. Backed financially by the German Environment Foundation and scientifically evaluated by the University of Cottbus, Gülcan is now replicating the model in at least seven other German cities by training members of local Turkish community organizations to become representatives of Yesil Cember. These local representatives train new multipliers and oversee their face-to-face counseling.

Besides developing new information materials, organizing community activities and training multipliers, Gülcan is extensively promoting collaboration between German environmental organizations, Turkish migrant associations, state agencies, Turkish and German media corporations, and other relevant stakeholders. An expert in the field of environmental education for migrants, Gülcan is invited to share her experiences at conferences and seminars, and is training other environmental organizations in how to adapt her experiences in their work. Eager to find new ways to maximize her impact Gülcan is currently developing trainings for Turkish businesses, helping them to save energy and become carbon-conscious companies.

Gülcan has dedicated her life to environmental education and the full integration of immigrants and other marginalized communities. She was born in Berlin as the second daughter of four to Turkish parents who belong to the first generation Turkish immigrants. Since her childhood, Gülcan seized opportunities where others saw only problems. For example, at the age of 18, she formed the first German-Turkish self-help group for stutterers.

Realizing at an early age that humans have to live in balance with nature, Gülcan pursued her studies in biology at the Free University of Berlin—after attending elementary school in Turkey and finishing high school in Germany. Gülcan has worked with many leading environmental and human rights organizations, including Greenpeace, Amnesty International, the WWF, and the German Green Party—investing the majority of her free time to societal causes and the improvement of society. In her late twenties, Gülcan joined Friends of the Earth (BUND), Germany’s biggest environmental association, which she used as the platform to introduce many of her successful programs. Gülcan launched Yesil Cember at BUND (i.e. the first time a BUND volunteer had ever created and launched a nationwide program) and to this day, uses BUND as a fiscal umbrella, while managing all aspects of the program and fundraising.

Often referred to as the “Green-Turk” by the German press, Gülcan is a calm listener filled with a deep-rooted passion for change. She has been a powerful voice advocating for new and innovative ways to advance environmental protection measures. While public speaking, Gülcan delivers her messages with both affection and great insistence, always tailoring her message to connect with the specific needs and traditions of her audiences, whether that be a group of semi-illiterate Turkish women in a Berlin neighborhood or a delegation of 25 mayors from Turkey willing to learn about how to adapt her approaches to their country context.