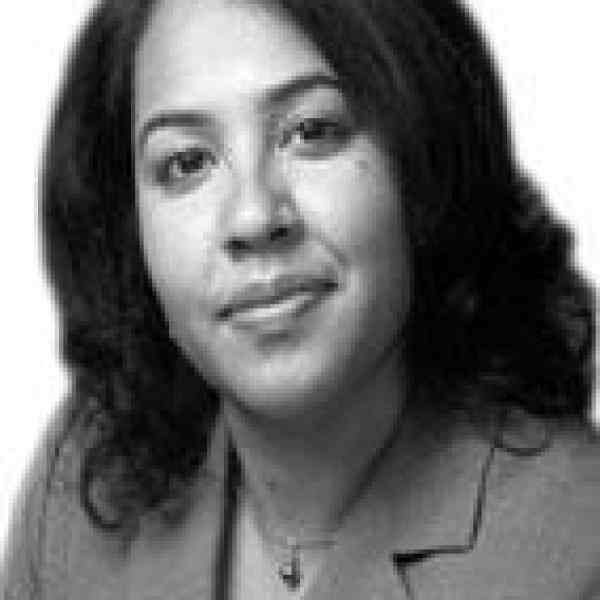 Farhana Huq helps immigrant and refugee women become more self-sufficient through vocational English as a second language (ESL) courses that teach entrepreneurship and microenterprise skills. The innovative novella format engages students much better than typical curricula, can be taught over television, and helps graduates regain a sense of dignity and purpose within their new communities.

Farhana founded Creating Economic Opportunities for Women (C.E.O. Women) to help refugee and immigrant women become more self-sufficient by teaching them English, communications and entrepreneurship skills through relevant novellas rather than dry textbooks. C.E.O. Women keeps its courses affordable and accessible to immigrant women of limited financial means by offering them in collaboration with public schools for adult education and with other community based organizations.Farhana and C.E.O. Women have brought two important functional innovations to the fields of vocational ESL and microenterprise. The first is to replace standard textbooks with educational novellas (soap operas) starring immigrant and refugee women entangled in issues of family, immigration, personal relationships, and business issues. The students relate to the characters and situations in novellas, and while doing so, they learn English and communication skills for running a business. In addition, every story includes lessons and a workbook about entrepreneurship and microenterprise. The second innovation is the design of the first “Entrepreneurial ESL” courses. When these women are exposed to the stories in the novellas, they begin internalizing important lessons about how to plan, start, and fund a new business. Unlike basic ESL or other vocational ESL courses, C.E.O. Women then works closely with its students on business basics, turning many would-be low-wage employees into employers and small business owners who will contribute far more to their families and communities.For this second innovation, Farhana was named one of three Ernst &amp; Young Entrepreneur of the Year National Finalists in the category of “Supporter of Entrepreneurship.” C.E.O. Women was the only citizen organization to make it to the final round. Even students who do not start businesses report a higher level of financial literacy, English proficiency, and self-confidence than if they had not taken the program.

Immigrant and refugee women in the U.S. struggle to become economically self-sufficient and contributing members of society due to language, cultural and gender barriers, and an inability to apply their skills to the local economy. U.S. Census figures show that by 2010, the state of California alone will have an estimated 1.1M immigrant or refugee women who possess limited English abilities but have an interest in starting their own businesses. In California, the federal government and nonprofit organizations meet less than 3 percent of this need annually.

The obstacles all immigrants encounter frequently prevent this creative energy from ever bearing fruit in our country. Farhana firmly believes that the issue of access to resources, knowledge, and connections prevent women from achieving better economic livelihoods. They are handicapped not only by language, but also from lack of understanding of the American financial and business system. Existing public and nonprofit education systems lack the relevant resources and training to offer them a path to self-sufficiency and business success. Private offerings are too expensive to reach the low-income populations. Regular business training programs are costly to run and do not address limited English abilities; they are often made available only in monolingual formats (Spanish and English). This leaves huge segments of this newcomer population stuck in poverty, regardless of whether they have good business and entrepreneurial instincts.

Farhana recognizes that C.E.O. Women has appeal beyond immigrant and refugee women and knows that her innovations will be adopted by others interested in spreading entrepreneurship or improving the relevance of ESL; however, she focuses on this population because low-income female immigrants and refugees find it hardest to rise out of poverty. Since the Social Security Administration started keeping track more than sixty years ago, the poorest people in the U.S. have been and still are women. Farhana recognizes that changing the self-sufficiency of women when they enter the U.S. breaks a cycle of poverty before it can begin.

Farhana believes, and her experience shows, that immigrant and refugee women possess talents, skills, and knowledge that could make them self-sufficient and prosperous if only they also possessed entrepreneurship, ESL, and communication skills. The problem is that most women are unaware that they need such skills and even fewer can afford the business classes to learn them. So Farhana decided to meet these aspiring women where she could find them—in public ESL courses.

Since 2002, Farhana has used the partnership that she forged with Oakland Adult and Career Education in Oakland, CA to develop the C.E.O. Women methodology. Hundreds of women have graduated from the program, which now includes three different novella textbooks, sixteen weeks of training, six months of coaching, a lab for entrepreneurship, and ongoing assistance for the women who have subsequently started businesses. In 2006, C.E.O. Women launched a second pilot site in collaboration with Contra Costa County Adult School, CA.

Farhana is already thinking about how to spread her method to a much broader audience. In 2005, C.E.O. Women taught their methodology via teleconference to seventeen microenterprise and immigrant service organizations in the U.S. Five of those seventeen have continued a relationship with C.E.O. Women wherein they use elements of C.E.O. Women’s methodology but not the full program. Farhana sees telecasting of its program as a part of C.E.O. Women’s future.

Next year C.E.O. Women will reach a much larger audience with its ESL novellas and entrepreneurship training by converting them to media programs. Her early success and innovative curricula have caught the attention of public broadcasters and even cable networks such as Univision whose Spanish language novellas are among their most popular shows.

Univision is the largest Spanish-language network in the U.S. and may take some time to work out formatting and distance-learning portions of the program but next year, C.E.O. Women will pilot a tele-novella version of its course to be distributed via DVD to women in their homes.

The DVDs are meant to be an even lower-cost alternative to the classroom course but there will always be a need for classroom instruction. Farhana doesn’t expect C.E.O. Women to be the only people using her in-class curriculum, however. In the future, Farhana envisions the series being aired on television to reach a much broader audience of immigrant women. Once the show is adopted by broadcasters, Farhana and company can focus on producing the workbooks, novellas and other materials that other vocational ESL instructors will use. In this way, C.E.O. Women’s message and methods will become the gold standard of vocational ESL courses.

The daughter of immigrants—her mother from Pakistan and her father from Bangladesh— Farhana describes her upbringing in the U.S. as “comfortable.” Her mother was the first woman in her family to graduate high school and her father was a successful doctor. Yet she was still deeply moved by the debilitating effects of poverty on other women in her family.

Farhana was close to her aunt who had been “married off” when she was seventeen-years-old to a man who couldn’t keep a job and resorted to abusing his wife whenever he was feeling ill-tempered. Farhana’s aunt ultimately divorced this man who, despite his treatment of her, carried a significant stigma in her community. She went on welfare, did not remarry, and raised her three sons on her own. The boys were often in trouble, sometimes with the law, and their mother survived on a combination of her welfare check and money she earned from day work. This was always paid in cash so that there was no paper trail that could affect her welfare eligibility.

Long before she dreamt of creating economic opportunities for women, Farhana saw how intelligent and talented immigrant and refugee women like her aunt became trapped in lives of poverty. While at the University of Natal in Durban, South Africa, she took a course in gender studies that she credits with changing her life. She learned of Muhammad Yunus’ groundbreaking approach to microenterprise. She earned a dual degree in philosophy and economic studies and went to work for a Community Action Agency (CAA) in San Rafael, CA where she developed a microenterprise program for women. When the program ran into a cash flow crunch a year later, C.E.O. Women was born.

Selling her skills as a grant writer, bookkeeper, salesperson, and clerical worker, Farhana became a full-time consultant to nonprofit and for-profit companies and a full-time founder of C.E.O. Women. She worked sixteen hour days from 2000 to 2004 finding ways to continue delivering the training and support that she had started while working for the CAA. For most of these four years, she was a one-woman show and only began collecting a full-time salary in July, 2004.

Farhana has traveled back and forth to Bangladesh since she was a young girl. She is conversant in English and Spanish.