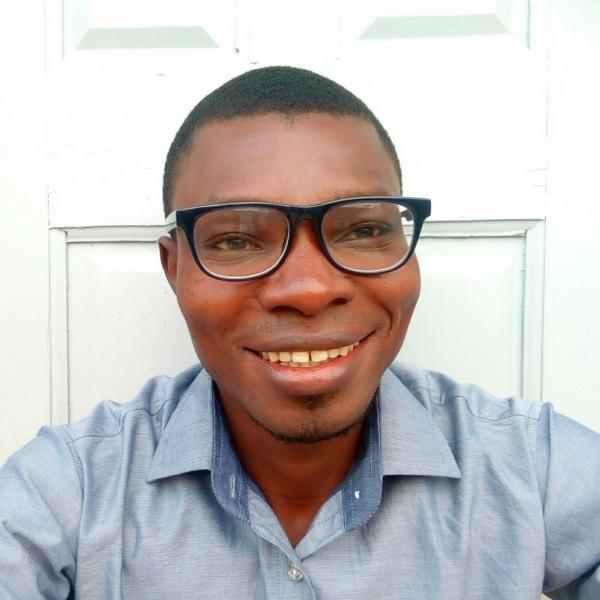 Evariste has pioneered a holistic approach to efficiently address the issue of e-waste in West Africa by creating public awareness and engaging the informal sector as environmental agents. He is also enabling the development of a green economy through the valorization and commercialization of products formally considered waste.

Evariste has developed an innovative circular economy model that positions electronic and electrical equipment waste (3EW) as a niche of opportunity and wealth that can support a green economy and create jobs. His organization, PARO-CI (meaning “Waste Sanitation and Recycling Program of Cote d’Ivoire”), uses a multi-pronged approach to tackle the challenge of 3EW, including the lack of end of life management for these products, the people who are marginalized working with 3EW, and the lack of data and understanding around these issues.

To tackle this, Evariste started with awareness campaigns to reduce environmental nuisances and create healthier environments for everyone. The goal of the campaigns include inspiring consumers to take a more active role in the management of electric-related waste and engage young people to be ambassadors within their families and communities.

Evariste has also created a system that ensures financial incentives and social value for the whole community. Instead of setting up a new waste management business, he is working with the individuals and networks already active in the field to effectively address environmental issues. Evariste has created the first database of all actors in the sector to organize and integrate the 3E waste collection system into a more formal scheme. He has facilitated the creation of AFECAMCI (Association of modern breakage scrap dealers of Cote d’Ivoire) and has brought training and awareness, turning them into effective environment conservationists. Through his full waste management system, he ensures fair value creation for the different players along the chain, from waste collectors and refurbishers to final users. To mitigate the digital divide, the equipment that is still usable is repaired and redistributed to low-income families at a discounted rate.

The issue of 3EW in Cote d’Ivoire, as in most other developing countries, has been greatly exacerbated in recent years by efforts to reduce the digital divide between the North and the South. African countries receive second hand electronic equipment from around the world that quickly becomes outdated and ends up as waste. A study funded by the United Nations on the situation of 3EW in Benin, Cote d'Ivoire, Ghana, Liberia, and Nigeria estimated that between 650,000 to 1,000,000 tons of waste is generated every year.

According to the United Nations Environment Program (UNEP), the amount of e-waste will double every 12 years, increasing environmental pollution and putting public health at risk. Unfortunately, people are not fully aware of these risks or trained to properly handle the end of life management of 3Es. Furthermore, new high quality electrical and electronic equipment is not often accessible to the average African. The university system in West Africa requires one computer per student, which is a difficult ask for low income families. When the equipment is retired, it is often dumped in improvised landfills to be recovered by scrap dealers who dismantle the technology and keep only the parts that have resale value. Dealers can earn $2 a day but their contact with toxic components affects their health. Living in extreme poverty without proper education, dealers are unaware of adverse effects their profession has on their health and environment. Despite constituting an important community, scrap dealers are often marginalized and excluded from programs made by state authorities and organizations working in e-waste management.

The general population is also greatly affected by the poor waste management. Citizens inhale airborne chemicals, in addition to ingesting toxins that have seeped into the water supply, contaminating crops and fisheries. The WHO has linked these poisons to issues such as heart disease and cancer. As a nation, Cote d'Ivoire is especially sensitive to these issues, having experienced the greatest environmental disaster in its history in 2006, when a European oil tanker unloaded 581 tons of toxic waste that killed 17 people and poisoned tens of thousands in Abidjan Port. 43,492 cases of poisoning and 24,825 probable cases were confirmed according to the INHP (Institute of Public Health in Cote d'Ivoire).

Some corporations such as the telecommunications company Orange have started collection programs for end of life management of products like cell phones. Although this is a positive step, it does not provide a systemic answer to the problem. The lack of recycling infrastructure, of a regulatory and institutional framework, and of adequate political management of disposing of 3Es are some of the shortcomings that make the issue of waste one of the most urgent in Cote d'Ivoire and Africa.

In 2012, Evariste identified the key issues of the waste problem to be a lack of end of life management for electronic equipment, the fact that the actors were not organized, and the lack of data on and understanding of the sector.

To resolve this, he began by mapping the locations of equipment storage and commercialization. He then empowered unemployed young people from these areas to serve as representatives of PARO-CI. These agents succeeded in gaining access the very environment of the informal 3EW sector and identifying its various stakeholders. This enabled Evariste to establish the first reliable database of 8,000 scrap dealers and 4,000 repairmen, most of whom work informally. Having established trust within the community, Evariste could then convince them to participate in a more productive system, creating a strong impact on the environmental, social, and economic level. He encouraged and supported the creation of AFECAMCI (Association of modern breakage scrap dealers of Cote d’Ivoire) to better structure the sector and offer information on safer practices for end of life equipment management.

Evariste and his team next raised awareness of the consequences of poor waste management among stakeholders and households. They trained scrap dealers in best practices for waste handling and the material management processing system. PARO-CI integrated education in all of its traditional educational and community service activities. Sensitization training for children is especially important as they often play in the informal waste sites. Evariste initiated school environmental clubs to teach children about the risks and get them to relay the message in their families and neighborhoods.

Evariste evaluated the market size and found European technical partners interested in buying different components of electronic waste. He openly appoints local collections representatives who oversee informal actors in specific zones, and are managed by PARO-CI. Each of them works with about fifty local collectors who deposit the waste recovered from the scrap dealers. An area manager is responsible for each collection spot and ensures the waste is transported to the PARO-CI warehouse in Abidjan. Repairmen then make a first selection of computers for reconditioning. These new computers are sold at $100, 3 times cheaper than "second hand" equipment available on the market. This competitive price makes them popular, but Evariste aims to bridge the digital divide, so he ensures the beneficiaries come from disadvantaged backgrounds.

In cases where the machines cannot be repaired, they are dismantled. Recoverable or recyclable parts are sorted out, including aluminum, copper, iron, steel and printed circuits. They are packaged and made available to technical partners such as the European partner PAGANETTI which support routing to its warehouses. PARO-CI directly serves the markets inaccessible to scrap dealers such as embassies, institutions, and businesses. Having negotiated prices with various parties, Evariste has established a fair income redistribution system for all the actors in the chain. A portion is used by PARO-CI to cover its operations and enable its expansion to other parts of the country. Some of the waste with no commercial value is used for making artwork.
Since 2012, PARO-CI has opened 17 collection spots in six cities. They have trained more than 2,500 informal 3EW actors in Cote d'Ivoire and facilitated participation of 6,000 scrap dealers to the association AFECAMCI who have seen their daily income increase by 50%. Funded by corporate partners in Europe, approximately 100 tons of 3EW have been sent to Ghana for recycling. In addition, three hundred families have received refurbished computers. Evariste plans to expand this program to benefit a large number of students.

PARO-CI works with Ivorian and European universities on research to inform national and international opinion on 3EWs in Ivory Coast. Through these actions, Evariste and his team are supporting the Ministry of Environment, Urban Safety and Sustainable Development in introducing a bill on the organization of the 3EW sector and to establish a fair, competitive, and adapted institutional and regulatory framework. PARO-CI has become an international reference in the field of environmental protection. Togo is the first country in which Evariste has begun duplicating the model. He also plans to launch activities in Senegal and Cameroun. Evariste’s long-term goal is to halve the flow of second hand electronic equipment entering Africa.

Evariste grew up in a village in the south west of Cote d’Ivoire with his five brothers. From a young age, he dreamt of exploring the world. He also showed a strong desire to end social inequality. At university, he created a club for knowledge sharing among students to increase their chances of success in their studies. He also created a library on campus after organizing a donation of two freighters of books from the French military base in Abidjan. In 2008, he volunteered to teach English for two years after a nonprofit organization built a college in a remote area where teachers refused to travel.

Through these actions, Evariste was recognized as an emerging leader by the US Embassy in 2010 and invited to participate in a select social entrepreneurship program in the United States. In the US, Evariste realized the extent of the problems that Africa was facing but also the resources and the power of everyone as a changemaker. On his return to Cote d’Ivoire, he launched a community service project on environmental conservation to mobilize young people. In 2011, he was selected by Ashoka Youth Venture and received a small grant which he used to purchase bins, brooms, and rakes and with young volunteers embarked on cleaning unsanitary sites. This project later became PARO-CI, an organization with several programs on education and community service, renewable energy, recycling of non-biodegradable products and art. PARO-CI was laureate of the Africa Forum: 100 Innovations for Sustainable Development, organized in 2013 by the French Development Agency (AFD). Evariste is currently the only alumnus of his US social entrepreneurship program to run a social initiative as his primary career.