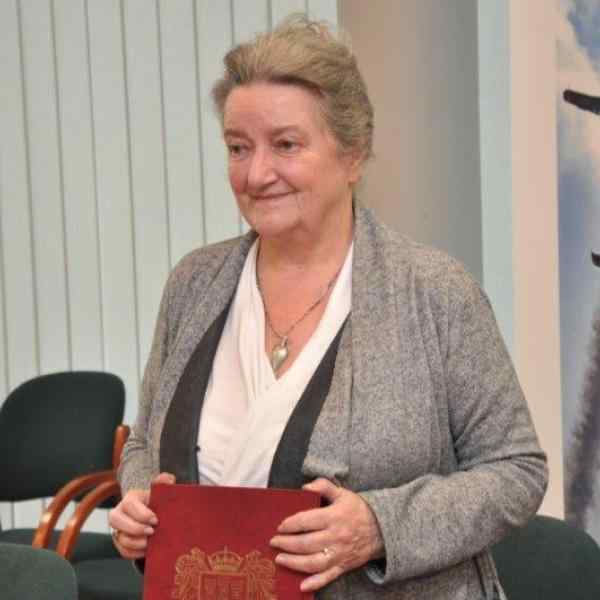 Drawing upon the experience of her own child, Elzbieta Pomaska-Skrzypczak is improving the quality of care given to children with cancer and to their families at all stages of their struggle with the disease, serving her clients' psychological and social needs while reinforcing their medical care. She has developed an innovative coalition between the Polish business community and the health care system.

Elzbieta Pomaska-Skrzypczak is changing the definition of cancer care for Polish children. To enable them to have as normal a childhood as possible even while undergoing treatment, she has created centers that augment the technical resources provided by the medical profession, and stand in dramatic contrast to the reluctance of many Poles to deal with the realities of the disease. The centers are staffed by mental health and social workers who provide counseling for the families, and they create a warm, supportive, hospitable environment for the children and their families during the stress and ordeal of cancer treatment. Children have access to play and educational activities while waiting for or recovering from treatments; parents have a place to relax and secure accommodations if they live far from the hospitals. Such a resource is new in Poland. Part of cancer care, from Elzbieta&#39;s perspective, is to help the child continue to grow into his or her life and resist the isolation that cancer often imposes in many countries, including Poland. She has developed an innovative education program in her centers, which is based on real-life learning; and she has built ties to the growing Polish business community to support this invigorating approach to children who are typically sheltered from the outside world because of their delicate physical condition. In keeping with the vision of her project, Elzbieta continues to help the children reenter society once they have been cured or go into remission. Her program provides a comprehensive after-care system of workshops, weekend camps and counseling to ease the transition back to a more normal life.

Years of environmental degradation and pollution from many sources, including a series of Chernobyl-style nuclear power plants, have led to abnormally high rates of cancer among the children living in the heavily industrialized regions. One recent government study conducted in the Katowice industrial region of Poland found that doctors are treating over 1,000 new cases of cancer in children each year. This number is three to four times the national average. The poor quality of statistical measurement in Poland leads many to conclude that the number of new cases of cancer is actually higher than the government estimates.

Polish hospitals are large bureaucratic institutions that typically place little emphasis on the individual patient's emotional well-being. The medical community provides doctors with little or no training in patient psychology and as a result patients are often treated as objects instead of people. This pattern is particularly unsettling when the patient is a child. The medical establishment supplies little support beyond technical treatment for children with cancer and their families. Thus they often must go through this traumatic experience alone and confused. Hospitals provide few places for children to rest immediately after receiving chemical or radiation therapy, and they often find themselves in cold, uncomfortable train stations waiting to go home. Typically they do not receive counseling on how to deal with their illness, let alone help in learning how to rejoin society after they are cured. In short, the experience of the child is dehumanizing and traumatic and often leaves long-term psychological scars.

In addition, though cancer is common and an increasing health problem in Poland, it is poorly understood by the general public; walls arise between people who have cancer and everyone else, similar to the barriers faced by people with disabilities. Social attitudes are riddled with fear and denial. People don't even want to ride in an elevator alongside a child with cancer!

Elzbieta began by organizing a dedicated team of professionals into the Children's Cancer Relief Organization. Her organization has opened five centers in Warsaw and has spread to Olsztyn, Ciechanow, Bialystok, Wroclaw, Poznan, Krakow, Lublin and Radom. To extend its reach further, Elzbieta has developed close relationships with a number of cancer wards in hospitals throughout Poland. Patients coming to these wards now find at the very least posters and pamphlets giving important information and encouraging patients and their families to seek help from her centers.

Elzbieta also provides training for professionals and volunteers interested in helping young cancer victims. In 1996, 60 such volunteers were trained and approximately 750 children were helped by the Organization. Also in 1996, Elzbieta's centers hosted over 300 families in need of overnight accommodations while seeking treatment for their children, and she launched a program to provide aid to poor families who are unable to travel to Warsaw for their children to use treatment programs there.

In addition, Elzbieta has built bridges to the business community in Poland and developed an educational project that engages them in her quest to provide quality care to sick children. Within the main children's cancer center in Warsaw, a "street" named Pomaska Street has been constructed to simulate a typical main street in any Polish town. Children who are undergoing radiation therapy have dramatically reduced immune systems and often must, as a result, remain indoors temporarily to avoid infection. Pomaska Street is designed to give them the feeling of being out in the real world, and Elzbieta believes that it is important that it be as real as possible. Therefore, she has drawn on her relationships with several major Polish businesses and institutions, including a bank, a travel agent and the Polish Postal Service. As a result of these first-of-their-kind partnerships, children and their parents will be able to purchase real train tickets and make actual bank transactions at fully functioning businesses that will be housed along Pomaska Street. Incorporated into these real-life activities will be actual school lessons: while at the travel agency the children will get lessons in geography and at the bank they will get lessons in mathematics.

Members of the medical establishment often join Elzbieta in her efforts to educate the public about children and cancer. During the International Week of Combating Cancer in June 1996, Elzbieta organized an open-air festival called "After Rain There Comes Sun, After Sadness There Comes Joy;" the festival illustrated the problems that occur for children with cancer. Doctors from all of Warsaw's cancer wards attended. They maintained shifts to answer people's questions. For entertainment, Elzbieta held a lottery; she also wrote songs, that children from her center sang. She and Polish National Radio One have signed an agreement to spread her program's ideas. A journalist from the radio will interview one of Elzbieta's donors each week.

Elzbieta hopes that outreach campaigns designed to educate the general populace and medical professionals will help to spread her ideas and methods throughout Poland and the region. She hopes to travel in the near future to the Czech Republic, Slovakia, Hungary and other neighboring countries and to begin to work with other individuals and organizations interested in improving the quality of care for young victims of cancer. She believes that her experience of establishing the first centers in Warsaw will serve as a valuable resource for others who wish to open similar centers throughout the region.

All her life Elizbieta has been a woman committed to public service and charity. She was particularly moved by the suffering of her own son and other young cancer victims she saw in the hospital. This experience transformed her. After his recovery, she made it her mission to reform the Polish medical community. She has made several trips to Canada to observe similar organizations and has written a book about the experience of children in the hospital.

When she first began her project, she faced prejudice, bureaucracy and ignorance, but she has prevailed. The initial success of her project is considered remarkable by many former skeptics within the Polish medical community.

In addition to her important work, she enjoys gardening, water sports, and the theater.