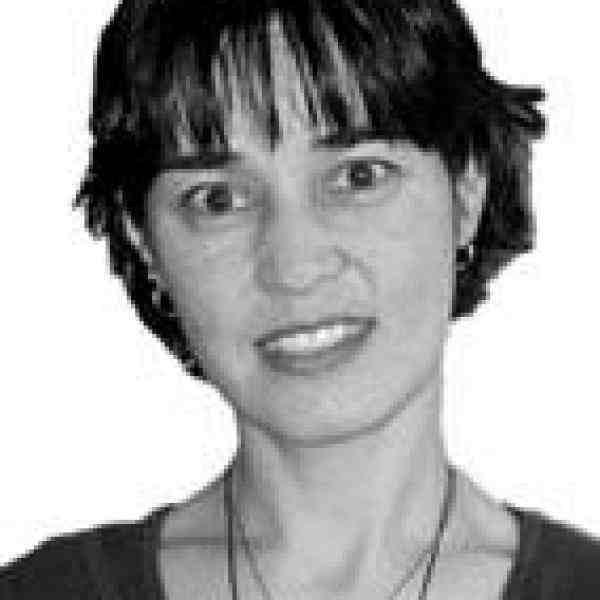 Dianna Ortiz fosters leadership among survivors of torture within a broad network providing therapy and rehabilitation for victims of human rights crimes. By breaking the silence and isolation they endure, she helps survivors raise a united voice in the international campaign to end torture.

Dianna Ortiz has identified lack of involvement by survivors as the greatest weakness of human rights advocacy and torture rehabilitation. She creates communities of healing for survivors, their families, and friends to focus on torture victims' need to regain trust, end isolation, and rebuild lives within a warm and loving environment. Dianna develops support services necessary not only for survivors to heal, but also to use their own voices to oppose and end the practice of torture. They join international and regional human rights campaigns, shape international and domestic policies, educate the public, assist in holding perpetrators accountable for their actions, and inform the medical field on effective therapy.

Horrific numbers of human beings are tortured every year, and the practice is growing at an alarming rate–Amnesty International reported that one hundred seventeen countries practiced torture in 1998, one hundred twenty in 1999, and one hundred thirty-two in 2000. The United Nations Human Rights Commission reports that there are twenty-seven million refugees in the world today, 15 to 25 percent of whom have experienced some kind of torture. Today, there are over five hundred thousand estimated survivors of torture in the United States alone.Torture survivors are dramatically affected, both emotionally and physically, by their experiences. Survivors often suffer from feelings of isolation, estrangement, distrust, and depression. Treatment for post-traumatic stress syndrome is a relatively young and still evolving field. Although there are currently twenty-four treatment centers in the United States, each typically treating one hundred fifty survivors per year, most survivors do not receive any treatment. In addition to reaching only a small number of survivors, treatment often depends on a doctor-patient relationship, sometimes in combination with group therapy and, when necessary, the use of psychotropic drugs. These techniques work on healing survivors and their symptoms in isolation, and do not address the need for survivors to re-establish a sense of community.

In 1998, on the first annual United Nations International Day in Support of Torture Victims and Survivors, Dianna founded the Torture Abolition and Survivors Support Coalition, or TASSC, by bringing together torture survivors for a vigil in Washington, D.C. TASSC confronts the issue of torture by breaking the silence among survivors and works towards ending the practice around the world. Dianna has identified public education, lobbying, and prevention as the organization's three focus areas. Efforts in each programmatic area are led by torture survivors and coordinated with human rights organizations and campaigns.Dianna's first programmatic goal is to facilitate meetings for survivors and create a sense of community. TASSC provides a forum where friends and families, who are also affected by torture, can participate in healing. Meetings become a safe space for people to feel accepted and share their stories with others who will understand. Feelings of isolation slowly dissipate, as survivors become members of a community where they can feel accepted and part of a larger movement. As communities of healing regain their trust in society, they become more confident and better able to speak out in the campaign against torture. By responding to a sense of need and urgency, wherever survivors might be, Dianna has developed a model of flexibility and easy replication that allows TASSC to be more accessible than current treatment centers.

These communities are also part of a larger international network of healing.The central component of TASSC's public education efforts is the commemoration of the United Nations Day in Support of Victims/Survivors of Torture on June 26. Launched in 1998, the annual program includes survivors from across the globe, human rights activists and organizations, and everyday citizens. Dianna plans a week of events that includes meeting with various government agencies, international human rights organizations, and the press, and concludes with a twenty-four-hour vigil in front of the White House to honor victims of torture. As TASSC's regional sites grow, each creates culturally and politically appropriate forums to speak out against the abuses of torture as part of the commemoration. TASSC directly influences the institutions and individuals capable of ending torture. Using the voices of survivors, the organization lobbies government agencies, public officers, and the United Nations to influence national and international policies, focusing primarily on the issue of impunity. TASSC strives to pass favorable legislation to hold perpetrators of torture accountable through national and international justice systems. Dianna also organizes calls to action when members have been abducted and has developed a database of past offenders around the world, available as reference to government representatives, civil society organizations, media agencies, lawyers, human rights activists, and the public.

Raised in Grants, New Mexico, Dianna Ortiz was born in to a family of seven children in 1958. In a state with a large Chicano and Native American population, she experienced a lasting racism that was only matched by a prevalent sense of community. Growing up, Dianna knew she wanted to be a nun. After high school, she went to Brescia College, run by the Ursuline Order in Kentucky. She earned her degree in elementary and early childhood education and took her vows. Upon graduation, she worked as an elementary school and kindergarten teacher. However, she was drawn to the order's missionary work and, in 1987, went to the remote northern Guatemalan village of San Miguel Acatan, in the Department of Huehuetanango to teach Mayan children. In developing an after-school program, Dianna incorporated the Mayan culture into her work. In 1988, after receiving a series of threats, Dianna was abducted and tortured by Guatemalan security agents. Compounding her physical suffering was the social trauma she suffered in losing her sense of identity and community. The American Embassy refused to investigate her case and eventually insinuated that she fabricated her abduction and torture for political reasons. In the aftermath of her torture, some members of her community were unable to grasp the profound effects that torture had on Dianna's life. She was encouraged to forgive her perpetrators, forget the past, and move on with her life. The hospital where she sought psychological help lacked experienced with torture survivors. Instead of reintroducing her to the community, Dianna was placed in a locked ward, thereby exacerbating her sense of isolation and creating an environment reminiscent of the torture itself.

In 1991, Dianna sought treatment at the Marjorie Kovler Center in Chicago, where she lived in a Catholic Worker House with Central American refugees, many of whom were also torture survivors. At the Kovler Center, she was encouraged to take control of her own therapy. Through this community and treatment, Dianna finally began to recover and regain her senses of self and participation. In 1993, she returned to Guatemala to testify against the Guatemalan government. Through her public declaration and hours of examination, Dianna underwent the revictimization experienced by many survivors. A year later, she took a second trip to Guatemala, where she reclaimed her voice and decided to pave the way for others to use their voices.In 1994, she co-founded Coalition Missing and joined the staff of the Guatemala Human Rights Commission. She also filed a lawsuit against the U.S. government to release information on human rights cases and, in 1996, held a six-week vigil in front of the White House, asking for the declassification of documents relating to human rights abuses in Guatemala since 1955. In 1998, she founded TASSC so that other survivors' voices would not be silenced.