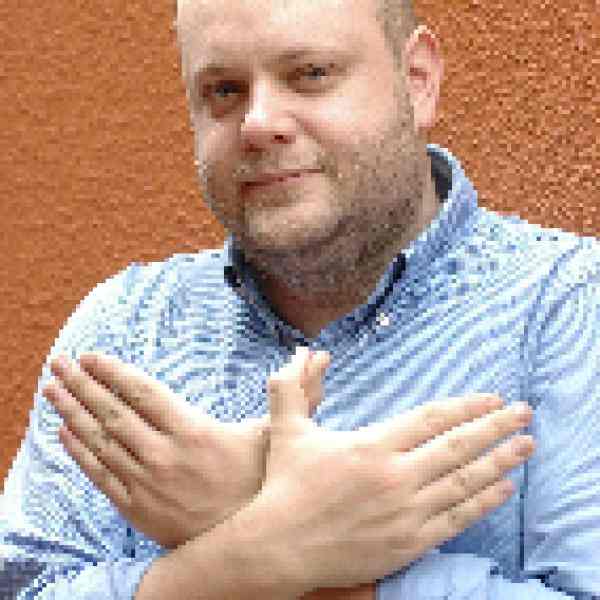 Through the Instituto Sou da Paz (I’m for Peace Institute), Denis Mizne supports the disarmament of the population, the democratization of schools, and the improvement of police institutions in Brazil’s most impoverished regions, where the high rate of criminality is fed by the arms trade. Through campaigns and citizen mobilization, Denis influences public policy related to security at the local and national level.

In 1997, Denis launched a campaign aimed at mobilizing Brazilian society around the issue of disarmament. Due to its rapid success, Denis founded the Instituto Sou da Paz in 1999 to mobilize youth, public schools, the police, and the public in an effort to make government policy more effective in addressing human rights and violence prevention. Denis believes effective violence prevention should combine the activities of law enforcement and justice agencies with specific grassroots efforts aimed at the populations these policies most affect. Consequently, he concentrates his efforts in the most violent regions of São Paulo. Denis focuses on youth and provides the means for them to become the principal actors in the construction and maintenance of their rights. He has further gained the cooperation of the police, the courts, and the prison system to integrate these programs with public policy. The Institute proposes new laws in the area of public security and then designs programs to implement and monitor these laws. By creating innovative methodologies and programs at all levels, the Institute intends to use widespread social mobilization to put pressure on the government to develop more effective policies that address public security concerns.

According to the Brazilian Institute for Geography and Statistics, around 32 million Brazilians live below the poverty line. In São Paulo, the largest and most industrialized city in South America, poverty and the unequal distribution of wealth, lend to generating some of the highest rates of violence in Brazil. Urban growth is concentrated on the periphery of cities, forming a belt of poverty with the highest rates of criminality found in the favelas. For example, the community of Jardim Ângela in southern São Paulo, with a population of about 300,000, was considered the most violent region in the world by the United Nations in 1996. The homicide rate reached 98 per 100,000 inhabitants, with most victims being between the ages of 15 and 24.The uncontrolled arms trade in Brazil means guns fall into the hands of civilians of all ages. According to data from the Small Arms Survey, of the estimated 17 million guns in Brazil, 51 percent are purchased illegally, of which 23 percent are for criminal use. According to data from the Ministry of Health and the World Health Organization, 63.9 percent of the homicides in Brazil are committed by firearms. Another UNESCO study, carried out in 57 countries, places Brazil second only to Venezuela in number of deaths occurring by firearms. Thus, in communities like Jardim Ângela, where the State has lost control and arms circulate freely, the public spaces, including schools, cannot contain the violence. There is little respect for schools as shared community institutions and places of peace. The lack of dialogue in public spaces means little discussion about civil rights, and in this vacuum, schools are no longer safe havens, but become places for the dissemination and practice of violence. The situation is even more critical when looking at the situation of the police and public security institutions. Police corruption at the municipal, state, and national levels has become widespread and there is little investment in the area of public security. The city of São Paulo has a total of 120,000 police officers, most are insufficiently trained, earn low salaries, and work with a shortage of equipment which renders them unable to prevent or control violence. In a country where public security is the privilege of only a small part of the population, little has been done to impede violence, combat poverty and its effects in the peripheries, and contain the increasing number of armed civilians.

Instituto Sou da Paz employs a range of programs that Denis calls the “menu of solutions” for public security and reduction of violence in the country. These programs include the creation of innovative projects with youth in schools in peripheral areas, activities to improve the capacity and public image of police, public mobilization and debate about gun ownership in Brazil, and open dialogue between the public sector and the judicial system.In 2003, Denis was able to bring the Statute of Disarmament to the attention of Brazil’s National Congress. After he led a public demonstration about the topic, the Congress considered the Statue an emergency issue and voted to implement it just one month later. In October of 2005, after the Instituto Sou da Paz brought the issue of disarmament to the forefront of national debate, the federal government held a national referendum on the issue of banning arms trade within Brazil. Thirty-five percent of the population was in favor, many of whom were from low income districts most affected by arms violence. Yet the majority of the legislature voted against the ban. Still, because of Denis’s efforts, the issue of public security and arms trade control received national attention and was the center of public debate for the first time. Denis believes that mobilizing youth is essential to halting the cycle of violence. Working with the program Grêmio em Forma (Student Council in Good Shape), Instituto Sou da Paz was able to access schools in Jardim Angela, one of Brazil’s most violent regions. The Institute helped to create student councils in public schools to shape a more democratized and peaceful environment. Student councils encouraged students to become active and responsible citizens, more willing to engage politically and resolve conflicts in a peaceful manner. Based on the success of these programs, methodology booklets were developed for educators and for students. This program, which was supported by the State Secretary of Human Rights, began in three public schools but has now been replicated in an additional 51 schools. In the latest survey conducted by the State Data Analysis System, since these programs were implemented the murder rate in Jardim Angela has fallen by 45 percent.In addition, the Institute has partnered with the Center for Studies in Violence at the University of São Paulo and the United Nations Development Program to bring the Observatory of Human Rights program to eight Brazilian states. The program allows young residents of historically violent regions to map the human rights violations in their neighborhoods. The objective is to create a network of youth involved in enforcing human rights in their community. The Institute intends to replicate this program in other Latin American countries.In addition, Instituto Sou da Paz works to provide incentives for police in São Paulo, who are critical for strengthening public security in Brazil. As part of this effort, Denis created the Citizen Police Award to give recognition to civil and military police and forensic police examiners in São Paulo who demonstrate good practices and innovative solutions to public security problems. Twenty-five awards are distributed each year by police academies in the form of cash or scholarships worth R$ 6000 each (approximately US$3,000). In 2005, 560 submissions were received and the ceremony was considered a high-profile event for law enforcement. At the international level, Denis is designing strategies to expand the network for discussion and promotion of disarmament. In Latin America, Sou da Paz is combating the illegal arms trade industry through a partnership with IANSA, an organization with ties to the UN that networks 700 citizen organizations in the arms trade effort.

The youngest son of a family of Jewish immigrant war refugees, Denis was born in São Paulo in 1976. He was lucky enough to study in some of the country’s best schools, and says that one of the greatest gifts his family gave him was the opportunity to travel and learn about other ways of life. Denis was always involved in many activities, and as a junior and senior in high school served as president of the student council. As president, he encouraged other students to become involved in community service and political movements, including the impeachment of ex-President Fernando Collor. In the Faculty of Law at the University of São Paulo, Denis became the class representative. In his first year, he established a political group (Autonomous Academic Party) that won the Student Council elections, an accomplishment unprecedented by a new and autonomous group with no affiliation to existing parties. They were re-elected for the following three years, and their principal achievements included making the Student Council fully sustainable, creating pre-entrance exam courses for perspective low-income students, and creating the Center for Human Rights. On August 11, 1997, with the help of other human rights and student organizations, Denis launched the Sou da Paz campaign to raise awareness about illegal arms trade particularly among youth. The participation of the Governor and the support from national media helped legitimate the movement. The campaign oversaw the collection of 1,721 guns in 12 days and they destroyed them all in a public square.In 1999, Denis transformed Sou da Paz into a fully functional organization while working at Ilanud, an organization directed by Ashoka Member Oscar Vilhena. During the same year, Denis received a scholarship to study human rights at Columbia University. He was the only Brazilian among the 14 activists from all over the world. The program was aimed at strengthening the management skills of leaders while broadening their global network. Denis developed a project at Columbia that was managed by Conectas, another creation of Oscar Vilhena.When he returned to Brazil, Denis worked for a few months as a penal code advisor to José Carlos Dias, then Minister of Justice, but decided to leave his position to dedicate his time to Sou da Paz and the issue of disarmament.