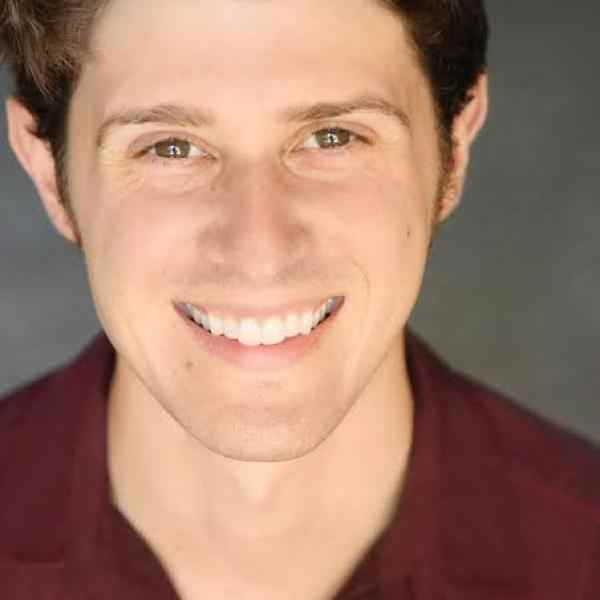 Daniel believes that to create a world that is good for all, every young person should cultivate a natural practice of social-emotional wellbeing. He is working to normalize the notion that mental wellness is a universal human right which should be integrated from home to school and that every child needs to master at an early age.

Daniel imagines a world where schools are psychologically safe spaces, where every student is connected to one another and has a deep sense of love, trust, and connection with their communities. He believes that a culture of social emotional wellbeing can be built from a young age, starting from the school ecosystem, where everyone has access to tools and framework to manage their wellbeing.

Using a data-driven and community building approach, he is facilitating whole-school transformation that supports the mental health of multiple stakeholders in a school system. Daniel is enabling a generation of young people and educators to take charge of their mental wellbeing and to react positively to changes in the world around them. School leaders get data that informs them when their school is stressed which gives an impetus to act.

He has organized the ancient science of social emotional learning into a wellbeing curriculum which is part of the school’s teaching and is engrained in the school’s processes, from the classroom to the playground allowing all the actors within the system (students, teachers, administrators, and parents) to take a step back, reflect on their emotions and actions. By building this multi layered infrastructure in a school system, he is providing measurable, evidence-based mental health practices to every stakeholder of the school’s ecosystem.

Daniel feels that this generation of young people are growing up at a time when the scale of problems in society is complex and feels that most young people are unequipped to handle them psychologically, even though they have greater access to several opportunities to participate in changemaking. The challenges are seemingly so big, so intimidating, that many have retreated behind their devices waiting for someone else to solve it. He believes that the only way forward is from within, to help the next generation develop the resilience, compassion, self-awareness, and mental fitness required to focus on societal outcomes for the greater good.

Children as young as six are being diagnosed with anxiety and conduct disorders that affect their developmental stages. These disorders also affect their academic performance, as students with a mental disorder show a steady decrease in academic ability compared to their peers as they grow older.

Though countries recently are moving to make mental health a priority in their educational institutes, there remains a vital problem—there simply are not enough trained individuals to act as support for the students. The guidance available for teachers and support systems for schools to manage a wellbeing crisis takes a backseat over academic results, as these processes are not engrained into a school and sometimes not seen as tangible.

According to data released by the WHO, the global south in particular shows an acute shortage of mental health professionals, with some countries in South Asia needing more than 20 full time mental health staff (psychologists, social workers, guidance counselors) per 100 population. With a growing young population and more children joining schools every year, there is a serious need to find an alternative approach to bridge this mental health support gap.

Daniel has made medical-grade approaches from positive psychology accessible to students, teachers, administrators, and parents in a school ecosystem. He has shifted the responsibility of mental health from school counsellors to everyone in the school. Through this shift, he is changing the culture in a school by establishing a strong sense of connection between students and teachers, driven by data that always measures a school’s wellbeing.

His first step is to build a well-being team in a school. The wellbeing team is a group of 3-10 of the most enthusiastic champions in the school’s ecosystem. After several coaching sessions, the wellbeing team creates an implementation strategy to execute the social emotional curriculum, the Four Pillars of Wellbeing, which is a multifaceted approach that includes four powerful areas of positive psychology: mindfulness, selfless service, metacognition, and emotional intelligence. Students and teachers take this framework to build a localized process that supports the specific goals, challenges, and values that the school requires.

Daniel is shifting the role of the teacher in the classroom to one where he/she models best-practice behaviors of wellbeing and acts as a mentor and guide to empower students to take ownership of their own wellbeing and the wellbeing of others. Teachers also capture the data and report on it. Data is captured on several learning outcomes; the school tracks common outcomes which include levels of stress, academic performance, rates of bullying, and student engagement rates such as interaction, collaboration, and student leadership.

An initial study published at the American Psychological Association found that in a test school after 3 years of implementation, teachers showed schoolwide increases in contentment, self-compassion, and teacher efficacy and decreases in teacher burnout compared to Year 1 baseline assessments. In addition, the amount of time spent teaching and personally practicing the lessons in the curriculum correlated with teacher subjective wellbeing and self-compassion. Furthermore, the amount of time teachers took to practice the lessons on their own negatively correlated with their levels of stress. At the end of the rollout, students were using a more varied, richer emotion vocabulary to describe their experiences, which is likely because of the emphasis on introspection and emotional communication. Students’ self-reported moods shifted into positive states, and students also demonstrated a significant improvement in self-awareness as measured by their emotion granularity.

Daniel has built a community of 250 schools across the USA, the UK, New Zealand, Singapore, Indonesia, and Bhutan. Now, he is shifting his strategy and partnering with large education networks such as Pearson Education (100k schools worldwide), Communities in Schools Foundation (2500 schools in the USA), and Eton House (200 schools across Southeast Asia). His organization, The Contentment Foundation, is currently working with government agencies, distribution partners, and large school networks to scale the impact of their programs around the world. He is building a collaboration with the governments of Bhutan, New Zealand, and several states in the USA to scale the mental wellbeing program across several schools in the public education system. Distribution partners do outreach to schools in their networks and provide complimentary content and implementation. Since he launched the strategy a year ago to work with distribution partners and nation level rollout, he has positively impacted the lives of approximately 30,000 students, teachers, and family members. His goal is to create a smart network of organizations that will actively serve the mental health and wellness of schools and organizations and promote policy change.

Daniel leverages technology to democratize resources for all. The Contentment Foundation has developed a platform that seamlessly connects a school ecosystem to homes, where families can engage in their wellbeing. This digital platform and live training empower large educational systems to cultivate greater focus, compassion, emotional intelligence, conflict resolution, self-awareness, and selfless service in the world. They are aiming to collect the largest dataset in history on the wellbeing of children, teachers, and school staff internationally. Their data analytics tool which is built into the platform allows the school to consciously step back and analyze the emotional wellbeing of staff and students. This data driven approach also allows Daniel’s team to optimize their approaches to best serve schools around the world. When COVID-19 resulted in home-based learning, Daniel built the Contentment Families app, which immediately launched into over 1000 households already working the Four Pillars globally in support of family wellbeing in isolation at home. It is relatively a new opportunity for parents to engage with their kids and the school’s wellbeing objectives and Daniel is currently watching its uptake to see if the app was the right approach for parents to get more information of their kids’ wellbeing journey.

Daniel believes that in ten years’ time, he will reach tipping point, and a vast majority of countries will have policies to prevent mental illness and programs to support mental wellbeing in every school within their borders (regardless of whether it is the Contentment Foundations program or not). It will become the norm to collect wellbeing data to the same extent that we collect physical health data, and wellbeing programming will be assumed to be a standard and expected part of all modern pedagogy.

Daniel spent a lot of time in academia, and it shaped his initial thinking and networks. After receiving his master's degree in chemistry, en route to a doctorate, the stress and anxiety of six years of undergraduate and graduate training had taken a toll. He was feeling burned out, isolated, and increasingly empty inside. After experiencing this personal wellbeing crisis, he made a radical change where he committed to learning about what it means to live a flourishing life from a psychological perspective and began diving deeply into a scientific lineage with which he had no formal experience.

In 2011, he was invited by Dr. Paul Ekman, the founder of the field of Emotion Psychology, to take on the humbling role as his final mentee. After three years of hard work, paying his way by teaching university level chemistry at UCB to afford his internship with Paul, he was recommended into the Psychology Ph.D. program. He was the first student in the school’s history to pursue a Ph.D. without ever having taken a college course in my area of study.

He spent the next five years publishing the three largest studies in history on cross-cultural human emotions, decoding the universal language of expression around the world. Throughout his travels, he began to deeply understand the nature of human suffering, and what ancient wisdom traditions around the world had said about what it means to live well. He began to practice the root of these traditions, and started to become clearer, more grounded, and increasingly more capable of managing life’s most intense situations - including the loss of most of his family due to severe mental illness.

He earned his Ph.D. in Psychology and M.S. in Organic Chemistry from UC Berkeley, and later spent two years as the Director of Wellbeing at the Yale Centre for Emotional Intelligence. While there, he and his team inaugurated a new area of research on contentment by publishing some of the first original research on what it means to cultivate unconditional acceptance of the present moment.

In July 2014, the National Bureau of Economic Research published a paper that changed his entire life. It was an ambitious study, the first of its kind, and the goal was to quantify the psychological wellbeing of every city and region in the United States of America. As he read through the data, his entire childhood and unusual career track came into context in a single instant. At the very bottom of the list of hundreds of cities - the region with the least access to mental health resources and highest rates of mental illness - was his hometown in Scranton, Pennsylvania. He wasn’t the only one in his community to have this experience either - most people he knew growing up had deep experiences with addiction, abuse, and suicide at home. It was a defining turning point in his life and career when he decided to take his academic research findings and knowledge in social emotional learning to set the foundations of launching his organization to make wellbeing accessible to everyone.