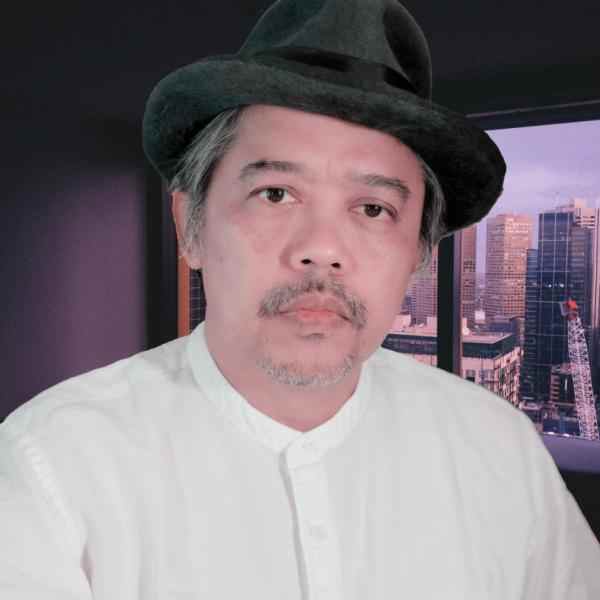 Dani is creating Indonesia's first Center of Excellence for Community Forestry (CF), a place that will pool the complementary knowledge, skills and attitudes of all the stakeholders in CF in order to create a paradigm change in the management of tropical rainforests, from a state-managed system to a community-managed system.

Dani believes that there is a need for a Center of Excellence that will facilitate an on-going discourse and testing of best practices in order to bring in new knowledge across fields, to overcome the lack of transparency and to supply the empirical proof about the benefits of CF to all the stakeholders. This Center of Excellence will serve as the basis for a paradigm shift in forest management. Dani has identified a range of CF stakeholders in Indonesia: local communities, NGOs, universities, government departments, and timber companies. He has analyzed numerous deficiencies among these stakeholders: the NGOs are committed but they are weak in their concepts and methodology; the government forestry officials have the opportunity to implement CF but lack the skills, attitudes and information; the university professionals have the theoretical knowledge but lack practical skills; the timber companies are being pushed by foreign buyers to provide timber that is harvested in sustainable manner but lack knowledge on how to integrate CF into their work; and the local communities possess the traditional knowledge and skills but no longer have the self-confidence to utilize them. Dani's idea is to improve the capacities of the stakeholders through the development of a Center that provides a complete library, specialized training, a data bank of accurate information and case studies, and the capacity for policy formulation.

The last three decades have seen massive destruction of the tropical rainforests of Indonesia. In less than 30 years there has been a 35% loss of forests, from 140 million hectares in 1970 to 92 million hectares in 1998. Huge logging and plantation (palm oil) concessions have been granted to a small number of individuals - 25 large companies monopolize the resources (21 in the hands of the Soeharto family). These timber companies have devastated millions of hectares of forest and have ignored regulations about selective logging and replanting. Uncontrollable forest fires in recent years have resulted in more disaster. Although much of the blame for these fires was placed upon the slash and burn methods of some of the local communities, in fact many argue that they have been caused mainly by the mass clearing by timber and plantation companies.

The 1982-3 fires destroyed 3.5 million hectares, and the massive 1997 fires destroyed nearly 10 million hectares. The loss and destruction has also had negative effects on more than 40 million people who are the indigenous and local communities who live in or nearby the forest areas.NGOs, academics and others, have called for the implementation by the Forestry and Plantation Departments of alternative management processes of the tropical rainforest resources, but to no avail. They do not seem to heed claims by highly respected groups such as WALHI (Wahana Lingkungan Hidup Indonesia - Environmental Forum of Indonesia) that forests would yield 23 times more economic value if managed by local communities (due to the fact that both illegal loggers and legal timber companies use unsustainable methods in their timber harvesting, ignoring the more efficient CF methodology).

The government attitude, however, has only been to instruct the timber industries to be more socially responsible towards these people; its paradigm of forestry is limited to the management of the timber product. The present state-managed system also neglects to provide a total management system, which should include such important related issues as water resource management and soil conservation. The present climate is one of distrust, blame and, conflicting visions, from opposing sides. The government apparatus repeatedly labels the local people as the sole destroyers of the forests because of shifting cultivation practices; the local people accuse the government (and the companies) of being arrogant, repressive, non-transparent, non-communicative and uncaring about the ruinous effects of logging on their lives.

Although the theory of Community Forestry is well-known among certain groups, it has not been adapted to the realities of the Indonesian context. There is no bank of data and information about traditional knowledge and skills, needed by both the government and the communities themselves. There is no framework in Indonesia from which to learn, to develop best practices, and to promote collaboration. The know-how is non-existent, and there is a lack of detailed strategies, even among the exponents of the alternative models of management.

There is an urgent need for the development of principles and concepts about tropical rainforest management, based on an accurate compilation of the knowledge, experience and techniques of the traditional societies' forest management skills. Additionally, there is no provision for the training and collaboration of all the parties concerned. CF remains a theory instead of a practice.

Dani's first step was to define the concept of CF in the Indonesian context. According to Dani, CF in Indonesia is a natural resource management system adapted to the specific ecological conditions and various indigenous peoples of the different forest regions throughout the country. The basis of Dani's definition of CF is that it is a social process - one that is adaptive, participatory, locally-specific, collaborative and process-oriented. For CF to become a movement, Dani saw the need to overcome methodological weaknesses among NGOs and other stakeholders. He attended workshops, at WWF, for example, to learn more about the methodology of other organizations, and facilitated workshops to improve the research capacity and methods of local NGO groups. It was at this point that Dani began his affiliation with Yayasan LATIN (Lembaga Alam Tropika Indonesia - The Indonesian Tropical Institute), an organization established in 1989 by a group of young foresters. In its early years, LATIN concentrated on various distinct projects such as rhinoceros conservation, preservation of medicinal plants, eco-labeling and programs within national parks. In 1992 Dani helped them organize a general introductory discussion on CF and later worked with LATIN to raise funds from GREENPEACE AUSTRIA to promote CF in Indonesia.

In June 1998 Dani was appointed Director of LATIN for the current term and has since shifted LATIN's primary focus to CF. LATIN has become the "Centre for Excellence" for CF, as Dani re-invented the whole organization in this mold. Dani's aim is to have LATIN recognized throughout the country as a service center for government, NGOs, universities and communities; and in 10 years time to have it accepted as a regional training center in CF for Southeast Asia.A critical element of Dani's strategy has been the formation of three different networks to support the development of CF: KPSHK (Konsorsium Pendukung Sistem Hutan Kerakyatan - Support Consortium for SHK/CF) with 22 NGOs and 11 individuals as members; JKPP (Jaringan Kerja Pemetaan Partisipatif - Network for Participatory Mapping); FKKM (Forum Komunikasi Kehutanan Masyarakat - People's Forum for Community Forestry) with a core group of 13-15 members from among NGOs, university lecturers and other stakeholders. FKKM, for example, has been involved in creating proposals for new laws that include the interests of private, public and traditional peoples, creating more understanding of traditional methods and customary law among university staff at IPB (Bogor) and UGM (Yogyakarta), and holding open meetings for indigenous groups to present their views. All of these lend support to the CF concept and a better understanding of its substance so that there is a recognition of the concept among the stakeholders.

Part of Dani's strategy is to enable different groups within the networks to learn from each other's strengths. At the same time, the education process supports the programs at the Center in LATIN.Dani has a number of specific strategies and programs in progress at LATIN for the promotion of CF and the improvement of the Center's capacity.

First, he is making conscious efforts to develop close relations with government officials, with the aim of making them aware of the benefits of CF and of promoting effective collaboration between government and local communities. The Forestry Department has no CF plan, skills or processes, yet they have pilot projects in 19 provinces for planning tropical rainforest resource management. Dani plans that LATIN can "sell" them his trainings and supply them with information, at the same time testing LATIN's materials and capacities. Dani has already set up a training center at LATIN for second-level forestry department people, based on the analysis that they will be the key people to draft up-coming legislation. This is a sensitization process and a way to develop effective relations with these individuals, thereby achieving the implementation of the CF approach in governmental forest management plans.

Secondly, the local communities need assistance and support, to be ready to assume their role competently. To this end, LATIN has already established a series of pilot sites for CF, with locations in West Java, East Java, West Lampung (Sumatra), East and West Kalimantan. The East Java site, for example, has access to 500 hectares and works with 1000 families. It acts as a community school to develop and test material. Using all of its test sites, LATIN is building up a "bank of case studies" as the basis for knowledge about good practices from the field. The sites are also used as sub-centers for trainings for both communities and officials.

Thirdly, LATIN has started to develop software called KIS (Kampung Information System - Village Information System), designed as a tool for the local community facilitators. KIS is designed to equip them with the all the information they need about CF management skills, processes and possibilities. It is the result of Dani's vision that people at the village level must be assisted to cope with globalization and enabled to set their own agendas and to become confident that they can manage the forest resources. LATIN is now positioned to participate in the formulation of new forest management policies with the new government of Indonesia. Dani knows that LATIN can offer the necessary knowledge and information about CF, and give on-going support to all stakeholders who already have improved skills because of LATIN's programs.

Every Sunday Dani's father would take him to rural areas around their hometown of Pekalongan, Central Java, and he developed a feeling for community issues from this early age. His father died when Dani was still in high school and he later decided to follow in his father's footsteps and study Veterinary Science at IPB (Institute for Agriculture/Forestry, in Bogor).

Dani graduated from IPB in 1988, and completed a masters' degree in Anthropology from UI (University of Indonesia, in Jakarta) in 1995. He also completed a course in journalism. At the student dormitory in Bogor in the early 1980s, Dani was exposed to the student movement. He became a leader of discussion groups on the issues of the day and he was active with the student press. This was a bridge to the NGO world. By 1985, Dani had joined two environmental groups, WALHI and SKEPHI (Sekretariat Kerjasama Pelestarian Hutan Indonesia - Secretariat for Joint Conservation of Forests in Indonesia). At WALHI he worked as the editor in chief of their tabloid "Berita Hutan" (Forest News), and it was here that Dani first heard the term Community Forestry. He also became more involved in issues about indigenous people's rights and the government's transmigration program, initiating discussion groups, tribal art festivals and the formation of the "Bernala" Institute with a friend. This institute developed a participatory approach to the recruitment and preparation of transmigrants and Dani worked on this program for a year, which helped to develop his knowledge about community-based processes.

By 1990 Dani found that he kept returning to the issue of CF. He had funded himself to attend international meetings, such as an FAO seminar in Thailand, at which he met a professor who was already dealing with CF in the country context. He initiated discussions on CF with people in Jakarta circles and he developed links with LATIN after working with them on a discussion on "Community Forestry in USA". Dani says that he feels his strengths today lie in his role as a networker and as a "Latiner".