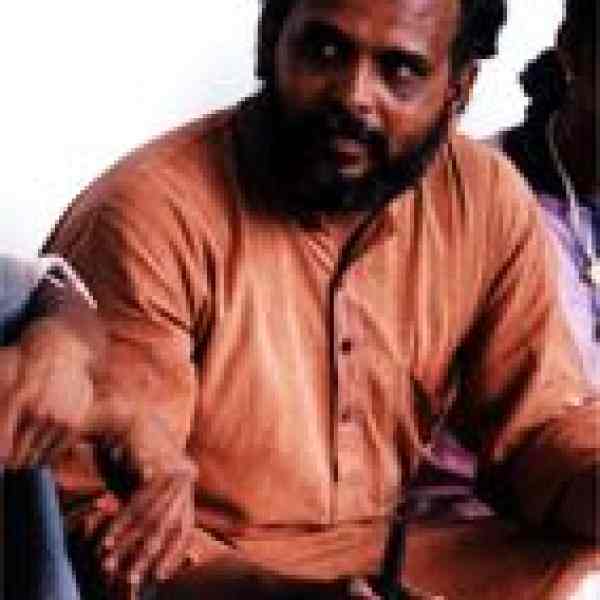 As thousands of children migrate annually from rural India to join the millions of children working in cities, Damodar Acharya is attacking the problem by eliminating the reasons for child labor. By investing in educational opportunities and putting political power in the hands of children, rural families are discovering alternatives to migration.

Damodar Acharya, known as Damu, is addressing pervasive problems of child labor and urban migration by eliminating the reasons why children move to cities and work. He believes these two problems are intertwined, and, therefore, the solutions must be, too. Child labor and urban migration occur, says Damu, because of lack of alternatives. If local occupations and opportunities exist that guarantee financial stability, then families will stop sending children into frequently hostile and dangerous work situations. Setting up alternative occupations requires reorganization of villages. To bring about such development Damu has identified and implemented mechanisms to organize children, educate them, and give them a voice in political decision making. He demonstrates that, with guidance and education, children create child - centered and environment -friendly development models.
Damu&#39;s models for devising and implementing these mechanisms are carefully tailored to the specific characteristics of each region. His program analyzes migratory trends and literacy patterns, for example. Environmental conditions also play a role in deciding how to reduce child labor and urban migration; villages have differing needs depending on whether they are situated in highlands, plains, deltas, tribal forests, or coastal areas. This scientific approach to development work is in itself a unique model that Damu is trying to popularize. At the national level he is trying to persuade the planning commission to recognize it as a model for addressing child labor. With that done, he aims to exponentially multiply the number of &quot;child labor-free zones&quot; in villages throughout the state of Karnataka.
To meet the first challenge he has introduced rag pickers&#39; collectives in six communities in Delhi. The rag pickers are employed by the communities to collect, segregate, compost, and recycle waste at the site. Ravi explains why it works: &quot;It has to be a win win situation for all. The rag pickers need formal employment, recognition, and better conditions to work in, and those who live in colonies [residential areas] need more cleanliness.&quot; Recognition of the success of these projects will also define community waste managers, especially rag pickers, as a formal workforce. &quot;Our initiative marks the beginning of a new waste policy,&quot; Ravi explains. &quot;The policy will reverse official apathy for the unorganized sector of rag pickers and turn a dynamic, informal human chain into a formal workforce with fiscal and other incentives.&quot;
The waste policy that Ravi envisions also extends to the problem of waste creation at the other end of the waste stream. To address this second challenge, he is building a market for more responsible industry that internalizes the true cost of a product, ensures a safe and proper path for it after it has been used, and shifts away from the use of hazardous and untreatable materials. Ravi and the organization that provides his institutional base have been decisive voices in India&#39;s public appraisals of waste management, which included a ban in 1996 on the incineration of polyvinyl chloride, the first of its kind in the world.

In the past, child labor was erroneously viewed as inevitable. Once that myth had been unpacked, the approach to solving the child labor problem became largely welfare and service oriented; &quot;rehabilitation&quot; was the key word. Only since the 1990s has child labor been viewed as a product of lopsided development and urban based planning without regard to rural circumstances. Damu has identified that much of rural child labor springs from scarcity of resources. For instance, couples working as daily wage earners cannot afford to send their young children to a day-care center for more than half a day. The older children therefore drop out of school to look after the young ones. In other cases, children - especially girls - must skip school to fetch water or firewood from several miles away while the parents go to work.
Incentives for staying in school are low, compounded by the problems with government schools: crowded multiclass schools, poor teaching aids, teachers burdened with additional work unrelated to teaching, irrelevant curricula and syllabi, and unsuitable school timings. Even when children have attended school, the lack of adequately paying jobs drives desperate parents to take their children out of school and send them to find work in cities. This helps explain why Damu&#39;s study of migratory trends shows high literacy rates corresponding to high migration.
Employment in the cities is harsh and cruel to young children, not to mention illegal. In the most visible industrial sector large numbers of children work in factories under dangerous occupational hazards. Such forms of child labor, where children make fireworks, roll cigarettes, or weave carpets, have received attention in media campaigns, but child labor is also rampant in the unorganized sector, where children work as garage boys, small-scale industry workers, or vendors. Here it is harder to eradicate. For example, children employed in the hotel industry are part of union discussions on labor issues but are invisible when it comes to official implementation of laws and rules of service.
Despite the work of campaigns to reinforce and enact central legislation on child labor, the existing laws are fraught with loopholes. For example, the law has a provision that children can work in their families to generate income. In some places children are withdrawn from factories and made to do the same work at home under the pretext that it is &quot;family work.&quot; Agricultural labor constitutes another loophole: children who farm are not considered child laborers although this work is as taxing as any other. For this reason, Damu saw a need to attack the problem of child labor from a new angle.

The keystone of Damu&#39;s work is his strategic identification of constituents and the means by which to reach them. His program covers a cross section of rural India where migratory trends depend on sociopolitical and enviro-economic factors. Urban migration happens most commonly among two groups: artisans - including weavers, potters and leather workers - who have been alienated by technological advances and changes in consumer trends, and poor villagers (mostly manual laborers) whose economic hardships drive their children to seek any urban opportunity. Damu makes the children themselves responsible for political change. They directly plan and execute projects that affect their lives and prepare them to be future representatives of local self-government. Children in the districts where Damu works have had their own workers&#39; unions since 1994. When their numbers swelled to a critical mass of 7,000 they organized a children&#39;s &quot;panchayat,&quot; (a local council of elected village officials) alongside the existing adult panchayat. Child panchayats have been instrumental in, among other things, setting the stage for responsible environmental protection. In one instance, working children took thousands of acres of government land, planted saplings, and earmarked them as child panchayat forests to prevent their destruction.
Damu then integrated the two panchayats. The local units now comprise children, members of nongovernmental organizations, teachers, doctors, day-care workers, foresters, and community representatives including employers. They conduct analyses of the village, identify each problem with children, and submit plans to the panchayat, which has ultimate authority to ratify plans and pass resolutions.
As a related strategy, working children put up their own candidates for local and national elections and convince candidates to write manifestos that include children&#39;s agendas. Children have mounted campaigns and influenced their parents to vote for &quot;child-friendly&quot; candidates. In one election, twelve candidates backed by the children&#39;s group won their seats. This guaranteed activity (at least from some elected members) on child labor issues and child-centered development programs. In one village a footbridge was laid which provided access for children to school and for health workers to every mother and child. In this way working children have received a new identity as partners in village development.
Political empowerment for children is only one piece of Damu&#39;s strategic puzzle. With legal backing, more child-centered programs can receive support, but children must have viable alternatives to work, such as quality education. To make the formal school system attractive Damu introduced the &quot;village as a school&quot; program, which integrates appropriate teaching methodology into the government syllabus. The state government has declared it a pilot project and all 32 schools in the five districts where Damu works have adopted the methodology. He is also working at building child- and family-friendly schedules for attendance and homework. As an alternative to formal education, Damu&#39;s program offers various options, such as the opportunity to become artisans, even if this profession is not the traditional career for a child&#39;s caste. Certificates and a syllabus created by local craftsmen and teachers steer children in this direction. Other educational resources for children include vocational training (in pottery, leather craft, appropriate technology, and organic farming) and a demonstration center that trains children in the panchayat process and informs them about new technologies, local history, and the economy. Children can also receive training to set up and manage professional business enterprises and - for the first time in that region&#39;s banking history - they can, as minors, open their own bank accounts.
By implementing these programs, Damu is discouraging children from leaving the rural areas where they have grown up, thereby reducing child labor. These efforts are encouraging policymakers to explore similar approaches that will make local occupations viable and enhance child participation in local development. Damu plans to replicate his pilot modules take his program to scale beyond the five districts presently operational. He expects the local government to eventually take responsibility for coordinating the projects he has initiated.

Son of a traditional Hindu priest in a small town in Karnataka, Damu countered pressures to continue his father&#39;s avocation (as every priest&#39;s son is expected to do) although he was fully trained and qualified to discharge the duties of priest. The national movement to restore democracy during Indira Gandhi&#39;s Emergency rule in 1975 and 1976 gave Damu motivation to leave his town and work for a cause. When he couldn&#39;t afford to go to college, he went to the city of Bangalore for work, but unsatisfied with the many small jobs he tried to do, felt firsthand the problems of enthusiastic migrants who try to make a new life in the cities. However, a dull job as a keyboard operator opened the door for his life&#39;s work: the company&#39;s refusal to &quot;release&quot; his degree certificate led Damu to protest and expose several other unfair labor practices. This experience landed him firmly in the trade union movement. Working with labor unions, Damu focused on hotel workers in Bangalore city. This work led to lobbying and legal advocacy with Concern for Working Children (CWC), an organization which was trying to eradicate child labor by stopping the flow of children from rural areas. Damu began a rural program within CWC and eventually became the Executive Director, a position from which he implements his ideas to eradicate child labor.