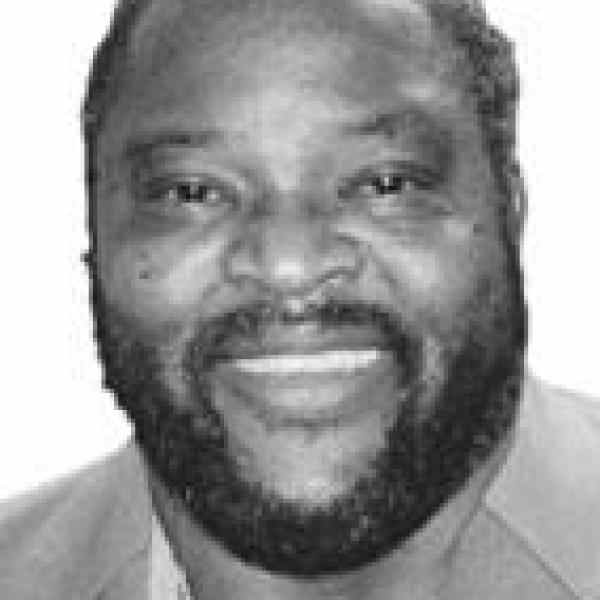 Dallas H. Wilson, Jr., Th.D., teaches incarcerated, noncustodial fathers job skills and provides them with business-ownership possibilities, while simultaneously encouraging responsible parenthood and fostering the reintegration of fathers into the lives of their families.

Brother Dallas reunites noncustodial fathers with their children, while rebuilding the skill base of those fathers to support their families and their communities. His idea is based on research that shows that noncustodial fathers are on the fringes of labor markets and have rarely been the target of employment program outreach; that joblessness is often so shameful for men that it leads them to withdraw from their children; and that many noncustodial fathers have criminal records–making it extremely difficult for them to obtain employment other than day labor. By combining job-skills training with fatherhood and life-skills training, Brother Dallas enables noncustodial men to become successful members of their families and their communities. Upon completing a three-month training program, the men can participate in a seven-month apprenticeship program where they use their new skill. At that point, they can become part owners of a construction company, or with support they can start their own subcontracting business. The men continue to receive necessary holistic fatherhood and life-skills training to help ensure their successful reintegration into the lives of their children and into society as a whole.

A unique aspect of Dallas's effort is the provision of ownership opportunities that enable these men–many of whom are former hustlers or drug dealers–to channel their energy into ownership of an established minority-controlled construction company. The potential for ownership and profit–based on their own constructive efforts–offers them a long-term, sustainable incentive to pay child support, reengage with their children, and stay out of jail. As successful business owners and fathers, these former criminals, who would otherwise have had few options, can become productive members of society. Brother Dallas's idea helps solve a number of systemic problems: nonpayment of child support, welfare dependency, crime and community degradation, fragmented families, and lack of opportunity for personal economic and social development.

Despite huge federal, state, and private sums poured into institutional efforts to enforce payment of child support, millions of children and custodial parents find themselves without financial stability. In 1997, for example, 6.3 million custodial mothers received only about 40 percent of the child support owed them. While the U.S. Department of Health and Human Services reports that total collections have increased 32 percent between 1996 and 1999, the level of unpaid child support continues to be high. The consequences of child-support failure have impacts far beyond the well-being of children and the parents who raise them. Within the federally designated so-called Enterprise Community of Charleston, South Carolina, for example, there has been a strong correlation between the rates at which noncustodial fathers fail to pay child support and other pressing social problems, including violent crime, drug and alcohol abuse, teenage pregnancy, and school dropout. Very often, these fathers become "deadbeat dads" not only because they lack basic fathering skills, but also because they experience shame arising from their joblessness–a major issue in a community where 56 percent of black noncustodial fathers are poor, having worked on average only 12 weeks during the last year. Causes of such massive unemployment include a general lack of marketable skills among many fathers and the stigma of criminal records that the fathers face when searching for work.

Currently, the dominant model for forcing deadbeat dads to pay–namely, pursuit by government bureaucracies and the threat of administrative- or court-ordered sanctions–simply fails to deliver sufficient results. In 1998, for example, support orders were established for fewer than 1.2 million out of the more than 19.4 million cases brought to government agencies. In recent years, though the success rate of case-collection efforts has risen considerably, increasing 54 percent between 1996 and 1999, millions of noncustodial American fathers continue to neglect their child-support obligations. Understanding that "pursuit and punishment" government tactics are not nearly enough to solve the deadbeat dad problem, numerous private organizations have joined the effort to combat the epidemic of child-support arrears. These organizations do understand that many fathers fail to pay child support either because they are too impoverished to fulfill their obligations or because they lack a fundamental understanding of the meaning and responsibilities of fatherhood. While "fatherhood" initiatives have focused on job-training programs, sometimes job-placement assistance, and occasionally fatherhood training, no program combines these elements to help fathers both maintain employment and be a presence in their families over the long term.

Brother Dallas has created a program–Project Restore–that stimulates responsible parenting through career development and behavior modification. For Project Restore, success is achieved when participants complete the training, work in their field of choice, and are actively engaged in their children's lives. Dallas and his team have developed a rigorous 24-week training program, scheduled for six days a week, 10 to 12 hours a day. A significant portion of the program is dedicated to skill development, with financial management, "soft skills," and microenterprise development as key components. At least a quarter of the program is dedicated to parenting behaviors and holistic social skills development so that the men in the program can reunite with their children and learn how to be good fathers. Incarcerated men hear about Project Restore through their parole officer or when the court system assigns them to the program. Many of the participants have multiple issues, including substance abuse, legal problems, financial issues, or medical problems. To deal with these problems, men are assigned a case manager who works with a coalition of social service agencies to address the multiple issues. Once the men have been screened by Project Restore staff, a social services representative, and a family court judge, and they agree to participate in the program, they start working full-time. The men are picked up at the prison to go to work sites, where they focus on developing vocational skills. During this time, the men receive a living wage of $7 an hour, which is sent directly to meet their child support obligations. In the evenings, the men attend classes taught by social workers and other trainers to focus on relevant topics like health, AIDS prevention, antiviolence, and law. On Fridays the group reconvenes for parenting training, and on Saturdays the group participates in a community service project like Habitat for Humanity.

After completing the initial training to the satisfaction of the case manager and Project Restore staff, the men have the option to work with a specialty subcontractor for six months of more intensive training. After the six-month training period and an additional successful year on the job, the men can become part owners in Peithos, a construction company established by AGAPE Ministries of Charleston. Or if they prefer to work independently, they are helped in establishing their own subcontracting firm. Peithos has an arrangement with the city government and a housing-related community development corporation by which the minority-controlled construction company and the subcontractors can work on certain housing restoration and other HUD projects, thus precluding the need to bid on jobs. Dallas structured the program so that the men have incentives to work and pay their child support, contractors have incentives to train the men (the "free" labor incentive), and the state criminal justice system has incentives to "release" the men to Project Restore with the belief that the men will become productive, more responsible fathers. Over the last two years, six groups have completed the program, with the seventh scheduled to begin in January 2002. Participants are admitted and reviewed every 16 to 18 weeks. The participant-owned construction company now hires men for demolition, renovation, and construction of city properties. Overall, the program has received outstanding reports from the city, county, and state. Of those participants who have been through the program, 47 out of the 56 graduates (83 percent) continue to work and pay child support. Brother Dallas intends to continue expanding the program to other industries and other counties throughout the state and eventually to spread it throughout the country. In December 2001, Brother Dallas began developing his first coalition among eight counties–each of which will contribute a portion of the program. This will enable the team to expand the program's capacity from working with 100 men a year to reaching 1,000-1,500 in those eight counties alone.

Dallas Wilson was born in Hillsborough, North Carolina. Over his formative years, Brother Dallas spent time between his relatives in New York and his grandparents in North Carolina. At the age of 6, he settled into the urban life of New York City with his mother, who was deeply spiritual and who worked three jobs to support Dallas and his brother. They lived a typical inner-city project life in the Williamsburg section of Brooklyn and attended church regularly, both in New York and in North Carolina. As a teenager, chased off a church stoop by a Lutheran priest, Brother Dallas immediately rebelled against any organized Protestant religion. He became a Muslim and became quite introspective regarding life and religion. Dallas attended college on a basketball scholarship in Columbia, South Carolina. However, he was not ready to adjust permanently to the South, so he returned to New York to work and attend college part-time. After finishing college, he took a class at New York Theological Seminary; the experience inspired him to become immersed in servant-ministry and convert back to Christian life.

Although he was quite successful in the business world, Brother Dallas was always focused on communities in need. He moved back to South Carolina and started a "new" life–establishing numerous community churches throughout the southeastern part of the country, ministering to the poor and the unfortunate, earning an advanced degree in theology, and marrying his soul mate.

During a trip to South Africa in 1991, Brother Dallas experienced a renewed purpose and mission. After working with colleagues there, he looked at conditions in the United States, especially in its urban settings, much differently. He no longer focused on the premise of "deficits" in a community. He realized the tremendous potential of communities and began to focus on community assets like the strengths of African-American families. After returning from South Africa, Brother Dallas created one of the most comprehensive programs in the state that focused on reuniting families and giving men and women a sense of accomplishment through training them for sustainable jobs and enterprises.