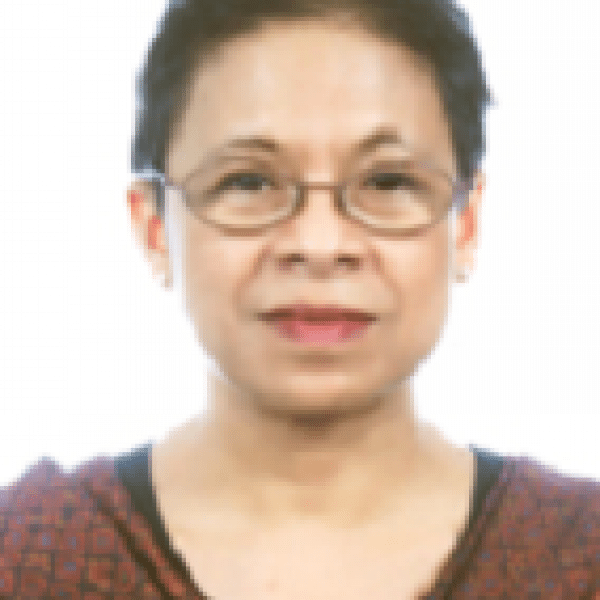 Chantawipa ("Noi") Apisuk is helping Thailand's 100,000 female prostitutes build self-confidence, organize, and fight against exploitation and risks such as AIDS.

Noi and her co-workers in Empower, the women's organization she founded, are working to educate and empower the most abused and exploited women in Thailand, its prostitutes. Empower's first objective is to help these poor, often illiterate outcasts build their self-respect despite society's disrespect and their own often unfortunate pasts.Noi has developed a series of techniques that enable her to accomplish this difficult task on a large scale. She first works with prostitutes in their own environment in a nonjudgmental way and enlists the help of current and former prostitutes, active members of Empower's staff.Second, Noi has developed a series of specific programs that enable Empower's staff to have significant impact in the lives of these women. She is providing these women with the gift of literacy, inspiring them to express themselves and removing the barriers of illiteracy. They begin by expressing themselves on audio- tape, listening to the tape and discussing their ideas. Noi then urges the women to type out their ideas, and only after that to write them down. At the end of this process she introduces newspaper reading and discussion.Another tool Noi and Empower have found useful is the theater. The plays they perform are among Empower's most useful and powerful outreach mechanisms. The plays take them bars and houses of prostitution where Empower staff educate and involve prostitutes in Empower's programs. Developing and giving performances strengthens and builds mutual trust within Empower's staff.As Noi and her colleagues build these women's self- esteem, they also pursue other big objectives. Noi is responding to the prostitutes' new AIDS-induced desire to find alternative sources of income with extensive training programs and related counseling. She's mounting a rapidly expanding program of health and AIDS education. Noi is helping these women defend themselves against violence and exploitation. Most important, she's helping them learn how to organize, voice their opinions, and press for their own needs and ideas. Beyond Empower's immediate work, Noi would like to attack the root problems that lead to prostitution. For example, she would like for girls in Thailand to gain the same respect within their families as their brothers. She would also like to see ex-prostitutes escape the stigma of prostitution and be given a fair chance access jobs, government privileges, families, etc.

Thailand has a very large, organized sex industry serving both domestic and international customers. The prostitutes have few rights, let alone access to effective due process. Bar owners, customers, and even the police exploit them and seek to keep them weak and dependent. There are few avenues of escape.

Long vulnerable to a wide range of health risks, the prostitutes are now threatened by the rapid spread of AIDS. Their illness, in turn, exposes many others besides themselves and their customers, multiplying the epidemic.

As long as the trade continues, it exemplifies society's disrespect for women.

Noi recognizes that Empower "can't help 100,000 women directly." Its strategy is therefore focused on helping the prostitutes organize to help themselves. Although the work begins with building the self-confidence of individual women, it quickly goes on to building local organizations that take up and further spread the work. Helping others is a central part of the individual prostitute's own awakening and growth.

Empower also reaches out to larger audiences wherever possible. Its drama troupes, backed by its newsletter and publications, press outward to more and more red-light districts and bars.

Noi grew up in most of Thailand's different regions as her father, a government auditor, was shifted from one post to another. She went to Bangkok after high school to get her university education. After teaching in the North, she went to the United States to continue her studies. While there she founded and edited "Thailand Update," a newsletter of analysis and criticism.

Armed with a degree in sociology and this journalism/PVO experience, she worked for two years editing Asia Monitor in Hong Kong. In 1984, she returned to Thailand so that her daughter could grow up there. Six months of working on a study of Thailand's sex industry for the Ecumenical Coalition of Third World Tourism brought Noi face to face with conditions she could not forget or ignore.