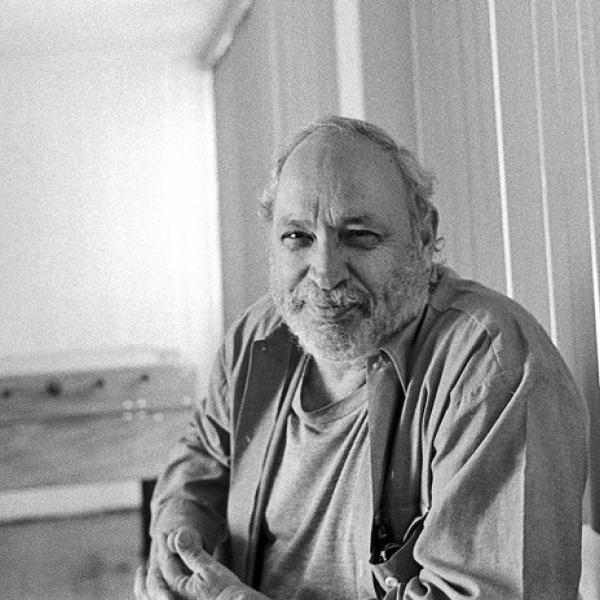 Carlos Mendoza is stimulating freedom of the press and democracy in Mexico by producing and disseminating alternative news reports on video.

Aware of the de facto censorship that exists in Mexican television reporting, particularly regarding socio-political matters, Carlos Mendoza has committed himself to bringing out the facts on issues that are generally hidden from the public. A respected professional in the communications field, he founded Channel Sixth of July to increase the range of information available to the public on important social issues, thereby encouraging all Mexicans to participate more effectively in bringing about social and political change. Channel Sixth of July is named for Mexico's questionable presidential elections on that date in 1988, which marked a significant step toward democracy because an opposition party challenged the established party for the first time.Carlos's alternative news videos complement other efforts (such as those of 1991 Ashoka Fellow Eduardo Valle) to free journalism from censorship. Making use of the availability of VCRs in many households, Carlos creates, produces and distributes alternative news on video cassettes.

Mexican authorities have long controlled the media. Until recently, many members of Mexican society had resigned themselves to this state of affairs as an unavoidable fact of life. However, due in part to the economic crisis of the early 1980s and the political opening of the latter part of the decade, the public's traditional apathy has been shaken. People are increasingly seeking new ways to express their critical views and to produce needed social changes.

Nonetheless, although there is no official censorship, much of the socio-political activity taking place in Mexico has been systematically withheld from the public's view. Mexican television, in particular, its private and official channels, provides a partial and often distorted version of those events that conflict with the interests of the authorities.

The result is not only a public denied key information; it is also a society that is denied the experience of analyzing and debating public issues.

Over the past several years, Channel Sixth of July's team has produced sixteen videos and compiled more than 300 hours of film on subjects including the Zapatista rebellion in Chiapas, students' movements, the teachers' movements the 1988 post-electoral conflicts that occurred in many states, workers' and union movements, and political corruption. Despite opposition from the authorities who, in an attempt to hinder their distribution, refused to register Carlos's videos for massive commercial marketing, Channel Sixth of July has grown into the only self-sufficient "alternative" viewpoint that covers Mexico's most significant socio-political events. It distributes its videos throughout twelve states. Some of these videos have received important recognition, including the Ariel (the Mexican equivalent of an Oscar), the prize for the Biennial Video Exhibition and a journalistic award from the Manuel Buendia Foundation.

Carlos is now working to broaden the impact of his project in the political domain both at national and international levels. He is creating an independent press agency, jointly with the Luzaro Cardenas del Rio Foundation, which will broadcast weekly news programs through cable channels in Chicago and California. It will reach thousands of people of Hispanic origin, including migrant workers who regularly move between Mexico and the United States.

In Mexico, his press agency plans a subscription video magazine (five videos per year) to be distributed to embassies, foreign television news reporters, national leaders, journalists, social organizations and the general public. Carlos has already built a significant subscription audience through advertisements in alternative newspapers. He is also working to create the first documentation center for information on video for use by social and nongovernmental organizations, political groups and others working for change in Mexico.

For many years, Carlos has been obsessed with the idea of bringing information to those who lack it. In 1976, after spending five years as a sculptor, he entered the National Autonomous University of Mexico to study cinematography. In 1980, he was chosen by his classmates to receive a scholarship to study movie directing with Jean Rouche in France.

In 1981, Carlos's probing documentary on the petroleum industry won him the prestigious Ariel prize, but it was subsequently taken away by the film board, whose members objected to the film's criticism of the government's petroleum policies. Nevertheless, Carlos won the Ariel in 1982 and again in 1983 for a film entitled "Political Disappearances."

At that time, he hoped that belonging to a progressive opposition political party would help him fulfill his goals, and for a number of years he was in charge of this political party's television spots. However, in 1986, he decided to withdraw from party politics and seek out a more pluralistic and independent means of expressing Mexico's complex socio-political reality. Before his election into the Ashoka fellowship, he worked as a professor of documentary film at the National University, where he managed to make documentary film a required course.