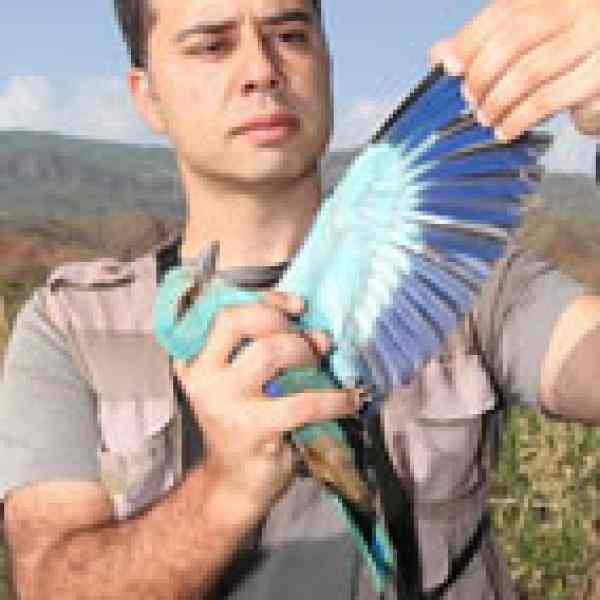 Kuzey Doğa seeks to reverse this situation by building win-win models that use protected areas as assets, while respecting the needs of local communities and improving the role of government and private sector in conservation. Their Kars program has managed to create such a case for the province of Kars, where they built the capacity of the natural habitat and the local people to run a community-based conservation and ecotourism project. Today, Kars is on its way to become a key destination for biocultural tourism, receiving much interest as a model from Turkey and the world.

North Eastern Turkey harbors some of the most important ecosystems of Turkey, yet its unique nature is degrading rapidly and facing environmental problems like erosion, flood, pollution and disappearance of endemic fauna and flora. Despite the warning signs, extraction of short term financial profit from natural resources continues to be the priority for private sector and local communities, who face some of Turkey’s highest poverty rates. Turkey’s environmental movement, often criticized for being elitist, urban, uncooperative and out-of-date in its methods, falls short in developing effective solutions. In such a context, efforts towards conservation of biodiversity and sustainable use of natural resources become luxuries, where they are of often sacrificed to jobs and short term livelihoods.

In terms of enhancing the natural habitat’s capacities, Kuzey Doğa has created win-win situations with the local and central governments, which is a brand new paradigm for Turkey’s reactionary and purely activist environmental movement. Noticing the government’s ambitious re-forestation efforts, Çağan convinced the minister to use these efforts strategically to connect the forests of North Eastern Turkey with the vast Caucasus forests. The result is Turkey’s first wildlife corridor, which became Eastern Anatolia’s first RAMSAR site and received the Whitley Gold Award which is known as environmental Nobel Prize of UK. Similarly, convincing the local mayor to lend them the excavations from his Kars highway project, Kuzey Doğa established Turkey’s first artificial lake island to create a safe haven for birds and started the Turkey’s first vulture restaurant, which led to the Lake Kuyucuk being designated as European Destinations of Excellence (EDEN). Brand new both in terms of the approach and outcomes, Kuzey Doğa and Kars government are getting ready to share experiences with other provinces.

In terms of building the capacities of the locals for ecotourism, Kuzey Doğa trains local students and youth in the art and science of natural history guiding, unlocking their potential as creative, open-minded, well-rounded, and effective conservationists and tour guides who are open to traditional knowledge, and sensitive to local needs. They also build capacity of local families to protect the environment and host visitors by organizing town meetings to raise awareness and matching them with visitors. The Kars program emphasizes principles of cross-sector cooperation, mutual learning and constant dialogue with local people, which Çağan believes are the key to their success. Çağan believes his learning experience in Kars has transformed his vision from individual projects to a universal educational framework that is based on core principles that can be applied to any combination of world region, focal stakeholder group, and biocultural issue of interest and inspire others around the world.

Çağan has always been drawn to nature. When other kids played soccer, he would bring home insects and animals, which resulted in his mother taking him to a child psychiatrist. His idol is his father, a true entrepreneur who followed his dreams and left a safe accounting job to start Turkey’s first model-airplane company during turbulent financial times. Çağan also followed his dreams and love of nature: today he is a world acclaimed conservation ecologist, ornithologist and tropical biologist with degrees from Harvard and Stanford, an award-winning nature photographer and a National Geographic Young Explorer. He draws from all of these pursuits while leading Kuzey Doğa as a social entrepreneur.