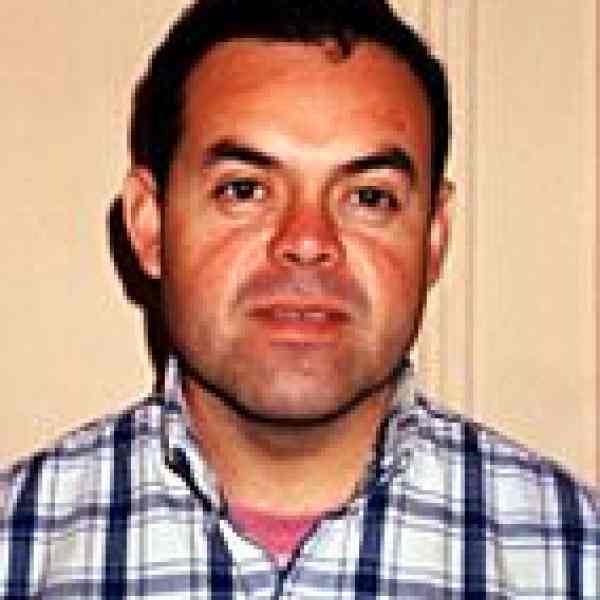 Caduddzi Salas is providing fishing communities with a new hope for the future through the introduction of an integrated development model which combines land-based productive alternatives with new and sustainable ways to interact with the sea.

At a time when industrial-scale fishing and environmental degradation are reducing profits earned by traditional small-scale fishers, Caduddzi Salas is teaching coastal communities how to broaden their scope of income-generating activities by examining their habitat beyond the sea. With Caduddzi's guidance, these ignored and increasingly marginalized communities are developing strategies to address both economic and social problems arising from their declining foothold in a fast-changing global economy. Acknowledging that these small fishing communities may never be able to compete with the emerging industry giants, Caduddzi is demonstrating that they can create solutions to their present economic difficulties stemming from declining fish populations by developing new methods for harnessing marine resources and turning towards the land for additional resources. This expanded knowledge of what resources are available, combined with the self-management skills which Caduddzi imparts, is allowing small fishing communities to work towards a more sustainable future.His balanced use of traditional knowledge and new technology stems from his profound respect for and desire to learn from the skills and habits of traditional fishermen, and his recognition of the need to adapt to changing socio-economic and environmental conditions. Tapping into the strong tradition of solidarity in a trade that is otherwise characterized by individual efforts, Caduddzi works within existing structures such as fisherman unions and trade cooperatives to disseminate information, share experiences, expand local commerce and improve economic conditions for fishing communities. His efforts to work closely with the national legislature on public policy measures designed to promote the appropriate modification of the domestic small-producer fishing industry testify to Caduddzi's comprehensive approach to sectoral reform.

In Chile, a nation with over 4,000 kilometers of coastline, the sea is not only an important source of sustenance nutritionally and economically; for many, it is a way of life. Since the 1960s, the number of small-scale fishers&#150;those who use traditional nets, spears, boats, and other tools to harvest products of the sea including fish, mollusks, crustaceans and seaweed&#150;has grown from less than 5,000 to over 60,000. From north to south, over 400,000 Chileans (including the fishers, their families, and others workers involved in the production process) depend upon small-scale fishing for their economic livelihood. It is not an easy life. Because of the natural cycles of the sea and shifting weather patterns, small-scale fishermen lead a nomadic lifestyle, traveling along the coast for weeks or months on end in order to find enough resources to survive. Most coastal settlements are makeshift at best and are poorly connected in terms of roads and bridges. They are generally severely lacking the infrastructure (such as schools, hospitals, electricity, or running water) needed to attract the permanent residence of not only the fishermen themselves, but also their families, the bulk of whom live in small towns further from the coast, with limited but sufficient amenities. Despite the dangers of their work, very few fishermen and their families have any sort of social security or insurance to fall back upon in the event of injury, illness, natural catastrophe, or death. Moreover, with the introduction of large-scale commercial fisheries and the steady depletion of marine resources, the economic survival of small-scale fishing communities has become even more precarious. As the World Resources Institute reports, "forty-five years of increasing fishing pressure have left many major fish stocks depleted or in decline. Despite the increasing attention of policymakers and industry representatives, progress toward better management of fish harvests has been slow, and the government policies and market forces behind the trend toward global overfishing remain largely in place." Reversing this trend&#150;not only in Chile but worldwide&#150;depends in large part upon changing the habits of the fishermen themselves. Unfortunately, however, many are the product of an era in which resources, particularly those of the sea, were seen as inexhaustible, and environmental concerns were simply not taken into consideration. Even today, talk of sustainability of resources is discounted within traditional fishing circles, and younger generations of fishermen continue to adopt practices which perpetuate over-fishing. Moreover, as fishermen traverse the coastline in search of resources, they often employ habits and technologies which are incompatible with their new surroundings, not only speeding the depletion of natural resources but also undermining the quality of life and stability of their communities. According to the World Resources Institute, "the social repercussions of a further decline in marine fisheries are expected to be severe," affecting some 200 million people worldwide who are directly or indirectly involved in fishing. Although new technologies for interacting in a sustainable way with the sea are under constant development and refinement in university laboratories and test sites in Chile and elsewhere, rarely do these technologies reach those whose lives they could benefit. Similarly, communities which have long-held or newly-discovered techniques for sustainable resource management&#150;in fishing as well as other agricultural trades&#150;rarely transmit this know-how beyond local boundaries.

Based in the small fishing community of Tocopilla in northern Chile, Caduddzi is working to provide fishermen and their families with the knowledge and tools needed to manage limited resources in a more sustainable manner, and to address the range of social and economic problems they face. He begins by sitting down with residents to discuss local conditions. They draw "cause and effect trees" to see the problems that are affecting the community and to begin to prioritize them. Through group activities, they begin to problem-solve together and delegate responsibilities. For example, if a community decides that they need to build a bridge in order to improve trade and interact with neighboring communities, the community members plan the steps needed to complete such a project, decide who will be responsible for each step, and organize a method for generating the necessary resources. One community, for instance, invited representatives from the National Health Service to visit and instruct families about the transmission and prevention of disease. In each case, Caduddzi works with the community to systematize their experiences and knowledge so that others can learn. The methodology which Caduddzi has developed can be applied to a wide range of community needs and development challenges. He has worked to develop solar energy systems, purify and recycle ocean water for cooking and consumption, secure titles to land, plant gardens and trees, build ovens that can be used for cooking for tourists, develop marketing strategies for their products, improve local sanitation, and a host of other initiatives. He has also helped local groups to form non-profit organizations, as well as commercial associations. The communities themselves are responsible for financing their endeavors, either from their own scarce resources or through requests for funding from public sources (for which Caduddzi teaches them how to develop and present proposals). Thanks to these efforts, families gain the problem-solving skills and know-how to go on improving life in their communities over time, to seek out available government services, to mobilize their own resources for the common good, and to address new challenges as they arise. Once Caduddzi has set the wheels in motion, each community is led by a team of permanent monitors. The monitors local community members, usually young people who are more open to the idea of change, who are trained to facilitate the types of needs-assessments and development initiatives that Caduddzi promotes. The monitors also travel to neighboring communities to see what has and hasn't worked, and then report their findings back to their own communities. To further spread his idea among a population that is often geographically dispersed, Caduddzi relies upon existing channels of communication, such as the strong network of fishermen unions and neighborhood groups. He is also in the process of developing a mobile, multi-media unit which will travel from community to community with information about appropriate technology, sustainable living, and alternative forms of income-generation, among other issues.While growing the pool of successful local experiences and spreading his model to coastal communities throughout Chile are his more immediate priorities, Caduddzi is also interested in exporting and adapting his model to other nations where interaction with the sea is an important way of life. Through the university and various non-governmental organizations, he is already in contact and sharing information with colleagues in Peru and Brazil, countries which he hopes to use as a launch pad for spreading the idea more broadly.

Born in the southernmost Chilean port city of Punta Arenas, and now living along the northern coast, Caduddzi is no stranger to coastal life. His passion for the sea traces back to his grandfather, a native fisherman on the southern island of Chiloé. Some of Caduddzi's fondest childhood memories are of setting out before dawn in the boat to help his grandfather comb the seas for fish.Caduddzi's love for the ocean and science persisted throughout his school years. When applying to university and given the choice of selecting up to six possible areas of study, he chose only one, and without hesitation: aquaculture. He enrolled at the University of Antofagasta, in northern Chile, where he received his degree in aquacultural engineering and was an avid volleyball player. His intellectual passions spilled over into his extracurricular activities, where he was a leader of such student initiatives as the Wildlife Conservation Group's campaign to protect renewable marine resources. Curious to learn about marine resources and coastal conditions beyond his native Chile, Caduddzi also spent four years studying at the Universidad Nacional Mayor San Marcos in Lima, Peru, where he focused on hydrobiology and fishing. Upon completing his studies, rather than holing himself up in a lab, Caduddzi opted to dedicate his time and energies to improving the lives and prospects of poor, rural fishing communities using the knowledge and technical skills he had gained over the years. In 1997, he joined the National Service Program, which is led by the Foundation to Overcome Poverty and places young professionals for two years in poor areas around the country. He was assigned to the small fishing town of Tocopilla, where his efforts and dedication made such a positive impact that when his time with the Service concluded, local residents invited him to stay and pooled their already scarce resources to provide him with an income with which to support his family. Caduddzi shares his passion for the sea and rural life with his wife, a specialist in agricultural production. By dedicating their lives to improving conditions in coastal communities, they are providing a viable future for their own children as well as for future generations of fishers.