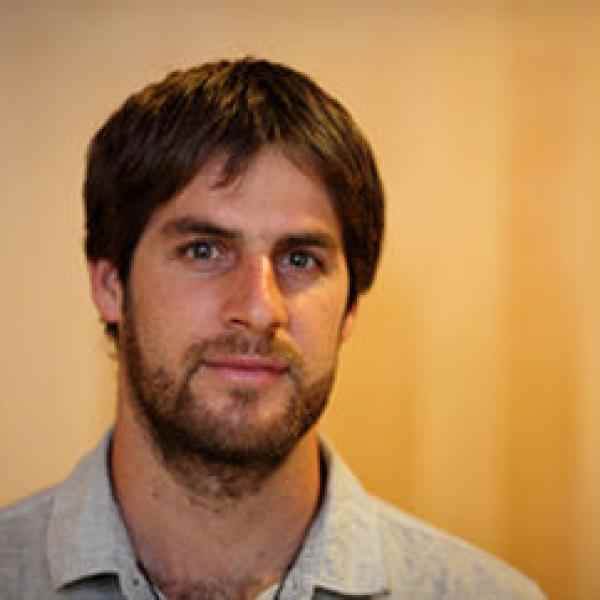 Bruno created a platform/network that enables the environmental citizenship and speeds conservation through collective action. Bruno goes beyond the traditional scheme of protection of the green areas, and promotes a citizens' movement for its conservation. From a positive approach he develops a "culture of affection and empathy" in which people develop actions driven by love and not fear. In addition, he shows experiences of positive actions that connects people and promotes conservation through the change of mind of a conscious citizenship to become environmental agents of change.

Bruno promotes projects focused on nature conservation and organizes campaigns and collective actions, like expeditions to wild places or conservation areas, for citizens to leave a positive mark and improve the situation of the natural sites visited. Bruno creates a movement of affection and empathy for nature, which differs from most environmental organizations with a technical and alarmist narrative, with slightlycomprehensible information that conveys fear and pessimism, and therefore produces avoidance or ignorancein people.
Bruno has protected more than 2.5 million acres in Peru, because he promoted a replicable organizational model for the voluntary private conservation. He has equipped communities and private institutions with legal and organizational tools so they are the protagonists in the defense and creation of conservation spaces. He managed that a framework of legal action became a public policy that encourages legal and financial support to citizens and institutions to dedicate their land to conservation.
"ConservamosporNaturaleza (We Preserve by Nature)" it is not a casual phrase. For Bruno the internal nature of the human being relates to biophilia, meaning, the recovery of the bond that man has with nature and the preservation of ourselves as part of life. "ConservamosporNaturaleza (We Preserve by Nature)" promotes a positive vision of sustainability, as a collective challenge that can include any person, organization and enterprise. It focuses on stories that show that it is possible to create a net positive impact with our lives and projects. Finally, it focuses on citizen-led collective actions as a medium/experience to transform people into Changemakers.

Peru is the fourth most dangerous country to promote conservationism, behind Brazil, Honduras and the Philippines, -at least 85 activists, against the illegal logging in Peru, were killed between 2002 and 2016-. And at the same time it is the fifth most biodiverse country on the planet, but the health of its ecosystems is decreasing at an alarming rate due to various causes associated with human behavior: Deforestation, wildlife trafficking, pollution of the main sources of water, loss of soil fertility, increased demand in urban centers, leading to an excessive increase in production and deforestation.
All this leads to poor management of territories. Around 60% of the land in Peru is managed by citizens and more than 20 million acres are owned by communities and indigenous peoples. The main cause of deforestation in Peru is migratory agriculture-which advances at a rate of 150 thousand acres per year-. Agricultural policies in Peru continue encouraging slashing and burning of forestsas a condition for obtaining ownership of the land. In Peru, 47% of greenhouse gasemissions are associated with the alteration of forests and the changing of use of the land.
In Peru, still, doesn’t exist an environmentally active population or a culture of sustainability, widespread in all strata of society. Added to this there isa population that receives Conservation Programs based on guilt and not in life and positive actions.The problem with the previous approach, is that it does not create a social movement based on voluntary conservation and the stories of people show that it is possible to become aChangemaker. Hence, ordinary people did not feel that they directly could be nature conservation Changemakers. The field of conservation remains a challenge for specialists because the stories of the people were not the ones being highlighted. Secondly, supporting specific conservation areas is important, but the pressure of the natural resources that are being protected in conservation areas will remain unless the "paradigms of the west" and the demand for products from urban cities change.

Bruno comes from a very close, honest and hardworking family. Since he was 8 years old, every Sunday,he would go with his family to help at the restaurant "El Gato" in Lima, a family business built from scratch. He was always an honors student and up to the age of 16 he played tennis with such talent that he represented Peru in several South American tournaments and was on his way to obtaining a scholarship to study in the United States. However, at a very young age Bruno showed his passion for the environment and collective actions and felt the need to better understand his roots. The renowned photographer and Peruvian alpinist Renzo Uccelli, who unfortunately died in a plane crash, was one of his main sources of inspiration. Uccelli’s photos led Bruno to travel all around Peru -it’s worth noting that Bruno is the first generation afterPeru’sterrorism era that hit the country with a wave of violence-.
Bruno is an environmental lawyer and from 2005 to 2010 he worked at the Peruvian Society for Environmental Law (SPDA). Bruno participated in the creation of new protected areas for Peru, as are the cases of Sierra del Divisor National Park in the Peruvian Amazon; the Sistema de Islas National Reserve, Islotes andPuntasGuanerasand the San Fernando National Reserve. In addition, he avoided the cut of the BahuajaSonene National Park and strengthened the capacities of government officials at regional governments, such as Loreto, for the creation of the first Regional Conservation Program in Peru. He supported the chiefs of protected natural areas, judges, district attorneys and rangers in legal issues aimed at increasing the enforcement and compliance of environmental standards in Peru. Likewise, he was the founder of the website on protected natural areas legislation. All this experience and training took Bruno to impact the legal and institutional framework of Peru.
In 2011, he received a scholarship to study a Masters in Conservation Leadership at the University of Cambridge. There he also learned motivational and happiness topics and how to generate changes in the behavior of people, through multiplayers games and networks. He took all theselearningsand extrapolated on conservation issues. That same year Bruno organized at his university the first seminar on the possible implications of digital games for the conservation of biodiversity and also created the gamesfornature.org website with social games with collective goals to promote conservation. On his trip to England he explored the issue of transitional communities led by Ashoka Fellow, Rob Hopkins, and was the transcendental moment when Bruno conceived the idea of creating "ConservamosporNaturaleza (We Preserve by Nature)", on his return to Peru.
Bruno is Global Shaper Peru; in 2011 he won the Carlos Ponce del Prado Award for Young Professionals, the most important recognition for Nature Conservation in Peru; and in 2013 he won the Green Talents Award from the Ministry of Education and Research of Germany. He has published 5 books on environmental law and protected areas, and is member of the Board of the KuyapanakuyCollective Association, the Agro-ecological TIKARI Development Association and the ANIA Organization of Ashoka Fellow,JoaquínLeguia. Bruno is an active member of the Global Conservation Organization IUCN and dreams of changing people’s life pattern through a young people Global Movement with a positive outlook and aware of the footprint they leave in nature.