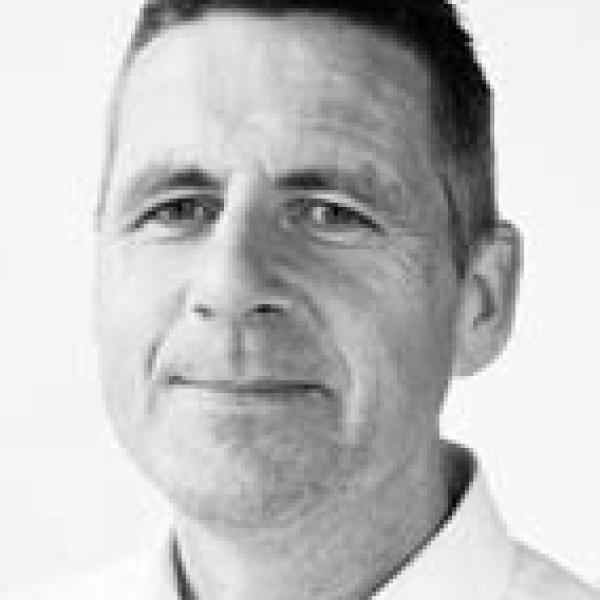 Brendan Dunford is creating a new approach to sustaining some of our most iconic and best loved landscapes by placing farmers at the creative center of developing and delivering key conservation actions.

Brendan views farmers as not just producers of quality food but also as a key resource in sustaining the health of our countryside. But these farmers must be afforded the resources, the flexibility and the trust to deliver on this potential. With his Farming for Conservation Programme, farmers’ lead in the development and the delivery of key conservation actions on their farms and are rewarded for this. This approach has successfully blended the disparate and often contrarian fields of agriculture, conservation, heritage, and tourism to place farmers at the center of land stewardship and create financial incentives for environmentally-sound landscape management. Based on years of research and farmer input, Brendan and his team have designed a payment system to reward farmers for the delivery of public goods such as biodiversity and clean water, as well as co-funding necessary conservation infrastructure such as stone walls, water supplies, and access tracks.

The Irish countryside has been shaped by farming for thousands of years, resulting in a rich tapestry of fields and hedgerows, archaeology and wildlife, prized by local communities and tourists alike. The unprecedented level of change in farming in recent decades has however distorted the traditional ‘balance’ between people and their place. This has resulted, for example, in the intensification of farming in fertile lowlands and, inversely, in the reduction in activity in other, more ‘marginal’ areas such as uplands. Such changes have of course profoundly impacted the natural and cultural values of these places, usually—though not always—in a negative way. Rafts of legislation have been enacted and new agri-environment schemes have been introduced to address the resultant problems but the largely top-down, one-size-fits-all approach has alienated many farmers and has failed to address the loss of farmland biodiversity. Meanwhile, many rural communities, so integral to the character and health of some of Ireland’s finest and most visited landscapes, are struggling to survive.

The importance of pastoral farming to the biodiversity of the Burren was clearly demonstrated in Brendan’s Ph.D. which identified the key role farmers had in sustaining the Burren’s unique heritage, and repositioned farmers as a resource rather than a threat to the future of this place. The subsequent 5-year grant from the European Commission allowed Brendan and his team to test some new ideas on twenty pilot farms (2,500ha) resulting in the development of an innovative blueprint for sustainable farming in the Burren. The success of this work in protecting biodiversity, the very positive cost-benefit analysis, along with the strong support of the farming community, led to the Irish Department of Environment to match funding with the Department of Agriculture to implement the program across the Burren. Roughly 150 places were allocated as part of a competitive application process (400 applicants), amounting to almost half of the land area, and a new, streamlined one-page farm plan template was created (typically farm plans are 30 to 40 pages). Farmers are paid an average of €6,000 per annum if they complete a number of self-nominated conservation works, but almost half of this payment is based on the quality of their grassland management, with each field scored on environmental criteria based around landscape, biodiversity and water quality values. The high level of farmer input in designing plans and of flexibility in managing their land, along with the output-based payment system have proven very popular among farmers and has resulted in an exceptionally high standard of work—all for less than €100/ha of prime European habitat.

The potential of the Burren model—essentially a ‘community-led conservation’ approach—for other landscapes in Ireland is enormous, as is the need, particularly given the ongoing decline in farmland biodiversity and the absence of any progressive strategy to address this. Over €3b has been spent on agri-environment schemes in Ireland over the past fifteen years yet most farmland habitats and species are still in decline. This model promises to deliver more environmental benefits for less.

Brendan grew up on a small farm in County Waterford at a time when agriculture was still, by and large, operating along traditional ‘low input,’ mixed-farming lines. This was before many of the major political and technological developments of the 1980s and 1990s took hold, a time when farming was all about producing food and ‘agri-environmental’ schemes had yet to be dreamt of. Brendan developed a strong interest in farming and a love of the fields, woodlands, rivers, mountains, people and stories of his local place.

Having completed a degree in Engineering, Brendan embarked on a decade of travel, working in America each summer in order to save enough money to explore different places for the remainder of the year. Inspired by his travels, in particular the rich interrelationship between different landscapes and the communities therein, Brendan eventually returned to Dublin to complete a master’s degree in Environmental Resource Management. Following this he was offered a Ph.D. focusing on the relationship between the people of the Burren and their extraordinary natural and cultural heritage. Upending tradition, he left campus and moved west to undertake his work from within the community and their place, re-working the story of the Burren and its people, and all the time forging lasting connections and relationships.

Through Brendan’s research he began to craft a plan to sustain farming and heritage in the Burren and secured a five-year EC grant of €2.2m to test his ideas in the region. This very successful ‘BurrenLIFE’ project subsequently led to the development of a new agri-envirornment programme for the Burren with over €1m in annual funding for farmers. Brendan and his wife also founded Burrenbeo (now the Burrenbeo Trust), the first and only landscape charity in Ireland, which empowers Burren communities with the knowledge and enthusiasm to look after their own place.