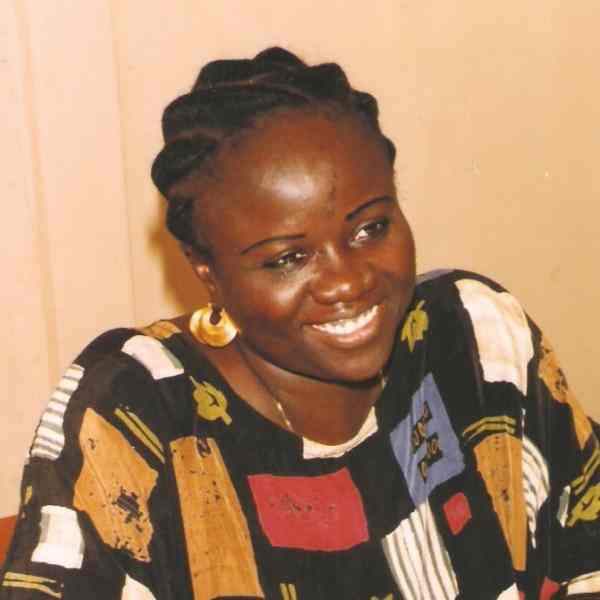 Binta Sarr is creating a new generation of female leaders in Senegal. Through her organization, a team of rural women provide essential services and leadership training to their poor, marginalized counterparts.

Five years ago Binta founded APROFES, The Association for the Advancement of Senegalese Women. Binta's grassroots movement prepares women to assume positions of leadership throughout Senegal. Using a cadre of village women and a range of programs from small-scale credit to popular theater, Binta's group provides essential services, innovative education, and empowering activities. APROFES grew out of a concern over the poor economic condition of women, but Binta quickly realized that women cannot be in charge of their own economic activity without first achieving a basic level of self-awareness, an understanding of their own situation and potential. Thus leadership training is at the core of Binta's approach. Binta and her team carefully study local decision-making structures, and help women integrate with them. This begins at the village group, progressing to the level of decision-making far beyond the village. These direct efforts with marginalized women are complemented by broader public education campaigns that seek to change the attitudes of men and women alike, and Binta says that "it is at this level only that we can create long-term change."

As in much of Africa, women in Senegal suffer from extreme underdevelopment and lack of access to productive resources. Senegalese women have lower rates of school attendance than men, higher levels of illiteracy, and less access to credit and revenue generating activities. All of these problems are exacerbated for women in rural areas, who work up to 16 hours per day at their many diverse responsibilities. There are many socio-cultural barriers to change in the status of Senegalese women. Senegalese culture is deeply Muslim (about 80% of the population identify themselves as Muslim), and Muslim religious beliefs serve to reinforce traditional roles which place women in strictly secondary and servile positions.

Binta's strategy is multi-faceted, providing basic services to poor women while simultaneously furnishing a program of consciousness-raising education and leadership training. In addition, APROFES conducts public education campaigns through the use of popular theater, radio, and seminars. APROFES grew out of a "committee for reflection" formed by Binta in 1987. Binta realized that while basic services like functional literacy training and small scale credit would help, these services could never bring about lasting change without a fundamental transformation in the attitudes and education of poor women. Binta's conviction is that, after learning from empowering activities, women will be better able to alter their economic and social conditions. APROFES's educational work with women is integrated and provides a wide variety of services that include: small-scale credit, vegetable gardening, functional literacy training, information and access to contraception, animal husbandry, and agricultural and environmental training. APROFES currently operates in ten villages and in Kaolack, the regional capital. Binta believes that fundamental change in women's stature requires changes in male attitudes as well, and public education is currently a priority area for APROFES. Its popular theater troupe has recently performed original pieces on conjugal violence, alcoholism, and the caste system in Senegal. In addition, APROFES conducts seminars and radio programs on similar topics in an effort to educate the broader public. After one recent public debate on women's legal rights a man told Binta: "My wife said it is as though she has been asleep for 100 years." Binta sees the real growth of the APROFES movement resulting from the work of the leaders it trains. Combining their work with other organizations, Binta hopes to realize her broad dream for the future: a powerful women's movement able to pressure governments to better address the needs of women. In 1991 Binta changed the official status of APROFES to that of a "Support Organization", thus making it eligible for outside financial support. APROFES received its first external funding last year from Oxfam America, allowing it to enhance its management capacities, improve its training services, and establish a revolving loan fund.

Binta was born in 1954 in Guiguineo, a small rural town not far from Kaolack, where she lives today. She came from a polygamous family of 11 children. Her father was both a merchant and a transporter, but also a cultivated man. He made sure that Binta got an education, and he told Binta many times: "On the same footing as the boys you must fight for your independence in all areas, economically and socially." Her mother, who was active and independent as well, served as a role model. Binta counts 1974 as an important time in her life, because it was then that young people in her neighborhood, mostly primary and high school students, formed "Xaware" or "cultural action". The group's objective was to bring people together around various social, cultural, and educational activities, discussions and conferences, and healthy leisure time pursuits. Xaware challenged many things, especially the negative aspects of traditional and modern society. Binta became one of Xaware's most active members, and it was there that she met the man that she would marry nine years later. In 1978 Binta received a grant to study chemistry and biology at the University of Dakar, and she left Kaolack. The University had been in turmoil since 1977, with ongoing student walkouts and demonstrations to protest poor conditions at the university, lack of democracy and openness on campus, and the unequal distribution of student aid. Binta immediately joined the strike committee, and another committee preparing to set up a broader movement to defend student interests. Binta returned to Senegal in 1982 and was recruited into public service. Binta increasingly felt the need for an organization that would be devoted solely to pursuing women's economic and social advancement. Binta founded APROFES in 1987, and has been directing it in an unpaid capacity ever since. She often goes directly from her office at the Ministry to the APROFES office to work there in the evenings. As Regional Director for the Ministry, Binta directs forty extension agents working in 150 villages who provide not only wells, but organize and train villagers to maintain them. Binta has received commendations from both the Regional Governor and the Minister of Hydrology for her "devotion to rural people."