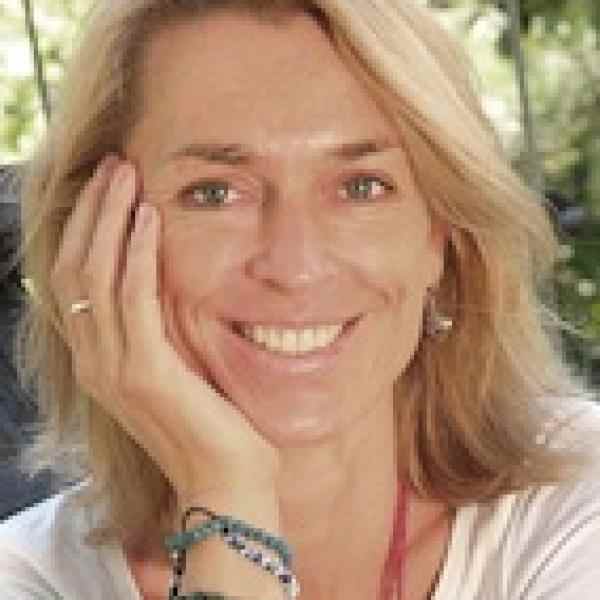 Investment in early childhood intervention – a system of professional services for very young children at risk of developmental delays, disabilities or atypical behavior – is a strategic question for each country, preventing abandonment and translating into positive returns on each dollar invested. However, in the European context, government service programs fail to provide integrated early childhood intervention strategies in all policies, leading to families lacking resources and skills to know how to develop their child during this period. Barbara Czeizel gives new hope for these families and for related expert groups by offering complex, institutionalized services to create better future prospects for children allowing them to become full and active members of their societies. Over the past 20 years, Barbara’s extraordinarily comprehensive approach enlarged the number of children receiving proper treatment across Europe via independent replication of her model center and mindset change.

In 1991, Barbara introduced the former communist Europe’s first opportunity for families of children aged birth to six years with autism, delayed or impaired development and premature babies at risk to access therapeutic and developmental services at one place. Her center quickly became an example for countries like Czech Republic or Slovakia to follow when building up their national early childhood intervention systems as it clearly showcased how one can make the theoretical foundations of the field work on a practical level. Barbara changed the paradigm of care by developing new types of relationships with hospitals, doctors, parents, experts, teachers and all kinds of supporters and convinced them how important it is to intervene as early as possible to let children thrive and progress when their brain development is the most active.

The first milestone in her work was to integrate early childhood intervention provision into the state welfare systems under the aegis of public education law in 1993. However, throughout the years, she realized it is no longer enough to wait for policy makers to set direction or allow professionals to have full autocratic control over the child’s development. She empowered a movement of parents to support and meet the needs of their children much more actively, thus pushing governments, professional communities and the entire society towards better reflecting and enabling the participation of its diverse citizenry in keeping with their rights. Moreover, Barbara also built a movement of caregivers to collaborate with each other in a transdisciplinary way without losing their special disciplinary contribution and considering the final outcomes for children and families who do need holistic support.

She established a model for a center catering to all therapeutic requirements of a single child under one roof, providing extremely professional, high quality services for families and building on interdisciplinary team work addressing every type of special need, delayed development and risk factor. Barbara strongly capitalized on the wide interest of others in replicating her work or taking the learnings of her work to their own work. Thus, she took strategic efforts to spread her idea through mobilizing other changemakers in Europe - especially in countries in transition - and seeding a host of local variants around the original model in Ukraine, Serbia and Romania.

UNICEF report Children and Disability in Transition in CEE/CIS and Baltic States (2005) suggests that the status of children with disabilities is evolving. Even though this group has received relatively little global attention until quite recently, its intensity is an expressive indicator of the progress of any nation in the pursuit of an open, democratic and rights-based society. The overall share of children with special needs in any given population is about 10%; however, at least one million children are ‘missing’ from national disability registers. Under the communistic era, disability was a source of shame and denial. The state took on the role of caretaker; many children spent their lives in large institutions or special schools, distant from family and isolated from community. "Special education" in segregated facilities is still the overwhelming policy approach. Today, there has been significant progress in attitudes and, to a lesser degree, in action on integrating children with disabilities into mainstream schools. The 27 transition countries – like other high- and middle-development nations – still approach disability firstly as a medical issue and then as a social welfare demand.

Thinking in broader terms of Europe, several continental early childhood intervention (ECI) working groups concluded they face challenges when putting efforts to bring about stronger consistency of quality in ECI provision. Different cultures have different values and expectations. Diverse political systems have implications of differences in policy. Resources are not equally available to support ECI and the social commitment to young children, especially to vulnerable young children and their families. ECI is not represented in the European universities, hence there is lack of research and scientific output and the identity of experts is not enough strong. In many cases, interdisciplinary cooperation of professionals is not working properly. Lack of transparent communication and inefficient coordination between social, health, and educational sectors should be remedied. Besides models and temporary projects, every country needs a stable legal foundation of long term financing for interdisciplinary ECI services. Knowledge exchange is getting more and more substantial along with discussions of values and ethics in changing European societies. Additionally, enhancement of public relations is of a high importance to generate awareness for the need for ECI.

Barbara was born into a well-known family. Succumbing to the pressure from her parents, she prepared to become a professional athlete. Even though she did not like running at all, she truly wanted to live up to the expectations of the family and trained for the 400 meter hurdle race event in the Seoul Olympic Games. However, at the age of 17, she had to finish her sports career due to a severe knee injury.

Having seen her mother working with disabled children as a physician, Barbara decided to become a special education teacher and did her best to prepare for this huge change in her path. In college, she realized that the education system was quite outdated and criticized it for not putting emphasis on ECI before the age of six. As she did not find her studies motivating enough, she joined an alternative theatre, a community where she could open up to other people and to the whole world and through this, became inspired to become an active citizen.

Barbara’s empathic approach, customer focus and deeply ingrained belief in social inclusion inspires society on each level – children, parents, health &amp; education professionals, social service workers, policy makers, opinion leaders, corporate citizens, civil organizations, the media and the disability movement. She has become obsessed by the notion that it is the needs of families that should drive the profession and not old-fashioned theories. Thanks to her genuine leadership skills parents, professionals and support workers have the feeling of individual worth and working in a goal-directed, humanistic team. Barbara is often called “The Jungle Fighter”, whose innate perseverance and strong lobbying resulted in changes in numerous laws and regulations. Her dedication is to human kind: “It is by nature that we are not perfect. We all have to learn how to accept each other. My personal vision is to give help and happiness to all families and children in need.”

Barbara is the mother of two.