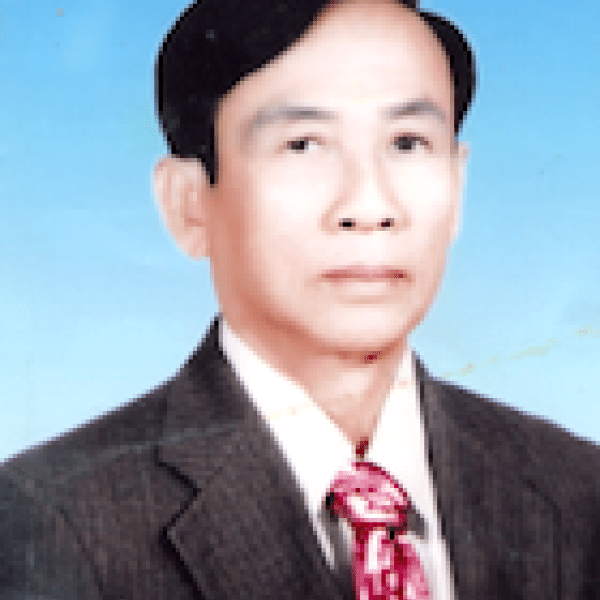 Asok Prasanson, after escaping a drug lord in Burma as a boy and a Bangkok chemical company threatening him for organizing a worker protest over unsafe conditions as a young man, settled in his native rural northeast. There he has pioneered a new approach to financing and organizing village development through the Buddhist wats.

Americans, British, and some others are encouraged to give more to philanthropy by public policies that reward such gifts with partially of setting reductions in tax. Asok has created a very successful functional equivalent for Thailand--a spiritual reward earned by channeling giving for local development through the village wat (Buddhist temple).On festival days villagers traditionally make contributions of rice and other goods to their wat and its monks. These gifts sustain both. They also bring merit and therefore a happier future to the villager making the offering.Asok has added a new developmental dimension to this pattern. The monks announce that 80 (or so) percent of gifts at the festival will go into a new village development fund, which they will help oversee. The fund will be used for low-cost loans to villagers, e.g., to buy a farm animal, or for village development investments.This arrangement makes contributing to the wat far more attractive than before. Donors will have access to affordable credit and community infrastructure investments, and they get the trusted services of the monks in the bargain. Moreover, they will earn far more merit with their new, much larger contribution to the wat than they would have before.This new arrangement also works well for the monks. The increase in overall giving is so great that their modest share is typically as big absolutely as it had been before, when they used all of the smaller contributions to sustain themselves. Moreover, their new involvement in the development of their area increases their stature and overall influence.Asok has so far successfully launched this spiritual tax deduction model in 15 villages.Asok complements this financial and organizational innovation with a wide range of other community organizing and financing techniques. He has instituted Cattle Bank project, which alleviates the shortage of cattle and the high costs of renting them. The 17 Villages Women's Savings Group upgrades the management of individual savings, provides low-interest credit, provides security for members, and stimulates other collective efforts. The Ban Non Bow Women's Project manages a window shade sewing industry that has, in the seven years since its inception, become the largest producer of shades in the Northeast. One hundred forty-one families started the project as an alternative to begging; participating families now number 293. To further the success of these initial steps in community organizing, Asok helped create the Villagers' Development Organization, aimed at bringing village leaders together to solve social and economic problems.

Over the last 30 years, Thailand's small farmers have seen the costs of farming grown and the availability of new land shrink. Most grow a single crop--rice--leaving them susceptible to drought. The Northeast has had seven years of drought, exacerbating the problems of indebtedness and loss of farming land.

A 1990 report showed that 76 percent of the farmers in the Northeast are in debt at an average of $560 per family, an enormous sum for most families; never mind the very high, often insorious interest rates. During the drought, most loans were taken simply to meet present food and medical needs, leaving the families with little or no increased earning capacity with which to balance their increased indebtedness--thus requiring some or all of the family to migrate to the towns in search of employment.

City dwellers who purchase farmlands may help a local family escape their debts, but they commonly do not develop the land that they buy from the farmers; they simply hold it until they're ready to sell it at a higher price. The reduction in production results in higher food prices, a side effect that has been beneficial only to the larger farmers who have irrigation to grow crops during droughts.

A central barrier that blocks much that could otherwise be done to resolve these interlocking difficulties is the lack of either affordable credit or resources to support needed community investments or services, including voluntary organizing activities. Where funds exist, there are either higher official rates or astronomical de facto rates. These and other problems have been pulling the fabric of rural life apart and threaten to send thousands more off their farms and to the cities. Asok, however, believes the trends are reversible.

Asok is simultaneously drawing the monks into important roles in community development, building up other local grassroots leadership, and beginning to spread his ideas more broadly.

Asok feels that the role of the monks in community development is important for reasons beyond how much money they help raise. They are the central moral force in Thai life, the "keepers of goodness," in Asok's words. Getting the monks centrally involved builds trust and helps make new development organizations collaborative and roots them in "values of virtue and concern for others."

Involving the monks more in local development will also, Asok believes, strengthen and modernize Buddhism. This is one of the important points he uses when encouraging senior Buddhist leaders to take up his model widely across the country.

By thus underlining the ethical and spiritual as well as the economic dimension of community development, Asok is also able to draw more villagers into the several development organizations he is building in each village. Whether it is the cattle bank, the women's groups, or the Village Development Organization, he must attract a great deal of volunteer work and leadership to succeed. As people begin to take up this sort of citizen leadership, he tries to make sure they get the sorts of support and training they need to succeed. To do so he draws on whatever organizations he can get to help, ranging from the wats to the Institute of Research and Development at Khon Kaen University. As a result, Asok is producing more than local development and new financing and organizational mechanisms: He's also creating a growing group of people trained and experienced as presidents, treasurers, and other officers of independent citizen- change organizations.

Critical both to the success of these ventures and also for the value of the training he provides is flinty yet imaginative organizational and economic realism, on the one hand, and easily replicated--because easily understood--simplicity on the other. Each of his schemes, whether it is dual-purpose wat contributions or the cattle bank, has such a design.

The community cattle bank, e.g., works as follows: new members must pay 50 baht (US$2) to join. This entitles them to borrow a breed cow. The first offspring belongs to the borrower, the second to the bank. Each bank is internally democratic, thus empowering the members and giving them experience in running both a business venture and a substantial nonprofit.

Asok is extending his work directly to the surrounding villages. Roughly 15 have taken up much of his model so far. He's also leapfrogging to broader arenas in a number of ways. He's talking in other communities, before social and cultural organizations, and by trying to get organized Buddhism to take up key elements as its own.

Asok's early years were not easy. He was born to a rice farming family of Ubol Province. However, as a boy he was made a captive worker in a drug-processing facility well across the border in Burma. He eventually escaped and led a group of fellow escapees overland back to Thailand, arriving hungry and without papers or money.

After a stay at home, he, like so many of his contemporaries left to find opportunity in Bangkok's growing factories. He found work in a chemical firm and soon became concerned for his co-workers' health and safety. His colleagues soon elected him as a leader. Asok took the factory to court over a dispute, which earned him first offers to take bribes and, when these were unsuccessful, threats on his life. Eventually he was fired, but only after having made some progress.

He settled in Khon Kaen in 1983, he began organizing people to help themselves. When he started his first cattle bank with 55 families, at first he incurred the government's suspicion. However, this part of his work is now so well accepted that recently the Prime Minister gave the bank 13 cows. Asok's principled leadership has earned him respect throughout the region, where he is known as "Pi," or older brother.

Asok is obsessed by his mission. "I have no time to think of anything except the matter of solving poverty in our community," he says. "From childhood to manhood, I got used to many kinds of troubles and sufferings. So did my brotherly people. All these troubles and sufferings were cast in my heart and push me to do many, many things."