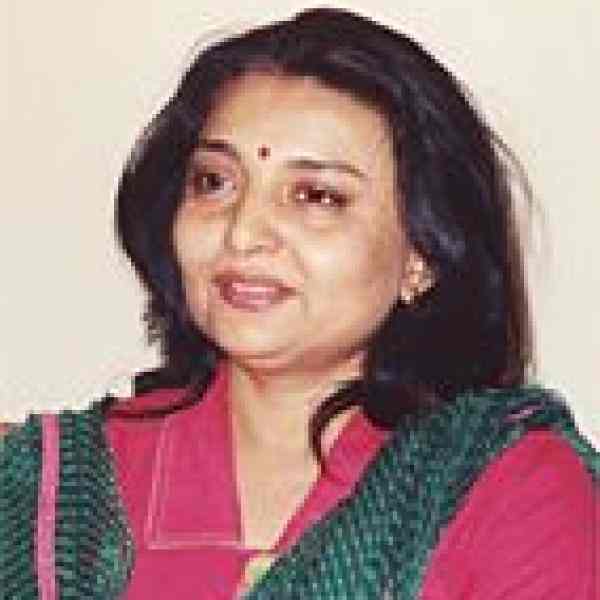 Already an educational toy designer and manufacturer, Anjana Batra wants to develop and propagate the use of a range of toys/aids which address the specific learning needs of children with mental, hearing, learning, vision and speech disabilities.

Since play is central to a child's world, it is his/her most potent realm of discovery &#150; more so, when a handicap makes even "learning to learn" a struggle. It is this simple insight that has prompted Anjana to develop toys designed to impart basic concepts to the disabled -- in the guise of fun. Her idea is especially timely since India's New Education Policy (NEP) now calls for integrating the disabled into mainstream schools. This, in turn, makes it urgent that the country develops and popularizes specialized teaching aids to facilitate such integration.Anjana began designing and producing toys/teaching aids for children without disabilities in 1979. A number of her creations have caught on. The National Science Museums purchased her science teaching aids and distributed them in a number of states. The mathematics kit manufactured by her unit is mandatory equipment under the new NEP. The national curriculum agency, NCERT, has also adopted some of her preschool materials for use in their early childhood learning centers in rural and tribal areas.Recently she's turned her focus to the even more demanding and generally ignored need to develop toys and aids for the one out of every 10 children who are handicapped.

If children without handicaps have little access to modern teaching toys and aids, the various classes of disabled children, each with especially distinct needs, are truly orphans.Although there has been much talk of integrating the handicapped in the country's schools over the past year, little thought has been given to mechanisms that would help realize this objective. Aids for the handicapped developed within the country have been mainly confined to mobility aids and prostheses, especially calipers, wheelchairs, crutches and artificial limbs. Toy manufacturers have mainly concerned themselves with commercial viability rather than social need. Therefore, design and development efforts to meet this need have been confined to isolated educators or training institutions, which generally are unable to bring to bear the skills needed to spread their concept.Anjana's experience with organizations dealing with the handicapped has confirmed that there is a great need for specialized toys and aids. She has also found educators well aware of the need and eager for help.

Anjana has already established contact with some of the NODAL organizations working for the handicapped and has developed prototypes for many of their specialized needs. The Spastic Society of India, the Association for Mentally Handicapped, the National Institute for Visually Handicapped, the National Association for the Blind, the Department of Special Education, NCERT, and the Child Guidance Clinic, Delhi University are some of the bodies which have already tried out some of these prototypes.Anjana plans to spread her net wider still in order to identify and systematize specific needs, disability by disability, by developing designs and production prototypes. As she understands each special learning problem, she'll try to design and produce prototype toys to help solve that problem.Then she will go back to the institutions and educators and ask them to assess the prototype and suggest modifications. She will then leave the final prototypes with the educators for six months further to test them out in use with actual teachers, children and training programs. Their feedback will help Anjana ultimately to develop a full catalogue of toys for the entire range of handicaps, marking the toys according to disability, the function they perform and instructions on how they should be used.Simultaneously, Anjana would arrange for dissemination of information about her aids through institution newsletters, seminars, workshops and teacher training programs, making wide use of nodal institutions and their information systems. She also plans to organize mass purchasing of the toys by schools by selling her concept to organizations such as UNICEF, the Department of Social Welfare, and NIPCED, in all of which she has already established a foothold.In due course, her unit would also conduct training programs. One of her first such programs, conducted in Deugarh District, Bihar, led to ASSEFA, an NGO, asking her to provide training for all of their personnel in Bihar.She would also engage the toy manufacturers' association and institutes of design and technology as sources of ideas, certifiers of the toys' effectiveness and possibly allies in organizing large-scale distribution.

The daughter of a diplomat, Anjana received a master's degree in Sociology from the Delhi School of Economics. She also had an opportunity to experience how several societies deal with social problems. She worked briefly as a social worker at Mobile Creches in Delhi, a respected private voluntary program serving the children of the city's poor, generally migrant construction workers. She also worked in a child guidance clinic in London, as a medical social worker in a hospital in Dublin, and in a daycare center for socially deprived children.These direct-service experiences gave her important insights into the needs of children of every sort. They also left her with the desire to have a broader impact than direct case by case social work permits. Exposure to a design institute in Ahmedabad and her husband's small manufacturing unit gave her the tools to do so.She began producing her first needs-based educational aids in 1979. Made of wood to last, they are designed for institutional use rather than the mass market.She now proposes to pour her accumulated expertise &#150; from design to marketing &#150; into a new non-profit organization whose sole purpose is to understand what toys and aids will most help disabled youngsters have fun learning to learn &#150; and then produce and, one way or another, get these aids into the children's hands.