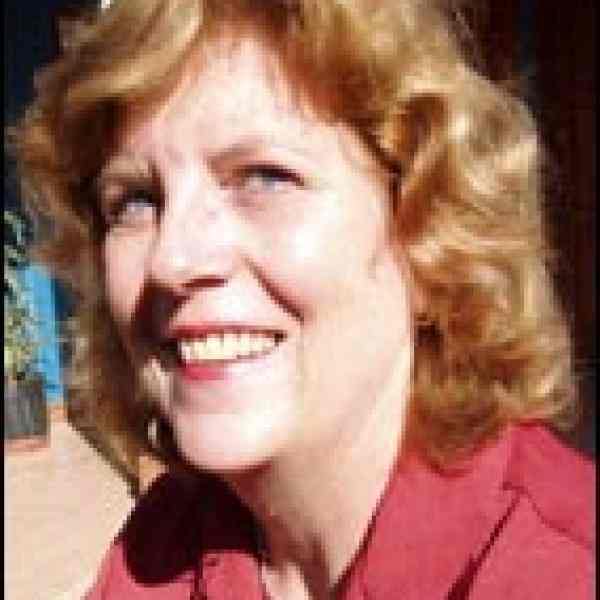 Ana has created a Central America-wide fund to finance grassroots women’s groups throughout the region in order to foster integral development of Central American society with a gender perspective.

The Central American Women’s Fund will mobilize new sources of financial contributions from individual donors both inside the region and among Central Americans residing in the United States and redistribute them to support women’s organizations in Central America that defend and promote women’s rights, particularly those made up of young underprivileged women. This will contribute to sustainable development of women’s participation and leadership within the region and counter some of its main obstacles, such as women’s lack of economic autonomy, access to education and adequate health care, restriction of sexual and reproductive rights, sexual and domestic violence, and scant participation in the political sphere. It will also pave the way for philanthropy in Central America, for the first time creating a fund led and managed from the region itself. In addition, Ana’s fund will contribute to a cohesiveness and sense of community among Central American women at home and residing abroad, countering the individualism fostered by the dominant socioeconomic model.

In recent years, the situation faced by women in Central American countries has become increasingly difficult, while women’s citizen sector organizations and grassroots organizations face mounting obstacles in funding their increasingly necessary activities. While previous sources of finances have dwindled, these organizations are severely limited in their ability to broaden their donor base and discover new sources.

According to the U.N.’s most recent Human Development Report, more than 50 percent of all Central Americans (or 20 million people) live on less than $2 per day. Within this context, the relative situation of women as compared to men continues to deteriorate. In the last three years, the average per capita income for women was only 50 percent of that of men, and of Central Americans between the ages of 15 and 64 who have received no schooling whatsoever, 2.5 million are women while 1.9 million are men. In addition, maternal mortality rates in the region are growing, and domestic violence continues to escalate, with one in four women admitting that they have been victims of domestic or sexual violence, although most cases go unreported.

At the same time, Central American women’s citizen sector organizations, which came into existence only after a regional women’s movement emerged in the 1980s, are facing a significant financial battle. Most women’s organizations are very dependent on outside funding for their survival; only a small part of their budgets comes from self-organized fundraising due to both time and energy constraints and lack of management skills among grassroots and rural groups. These groups cannot appeal to their own national governments for funds, as many are themselves dependent on international donations for survival.

Thus, throughout the 1990s, Central American groups depended on international agencies for most of their funding. However, since 1992, there has been a more than 40 percent drop in government aid from the First World, and of the remaining funds, most has been directed to Africa, Asia and Eastern Europe, while Latin America’s portion continues to fall. In addition, donors put increasing emphasis on measurable, short-term results and emergency aid with direct services to the public, rather than longer-term development goals. Finally, funders are making more demands around planning, monitoring, evaluating, and accounting. While this has helped organizations become more efficient, it has also meant that the agencies tend to centralize their donations in larger, more consolidated and efficient citizen sector organizations, investing little in seed funds for new or developing groups outside capital cities. All of these trends combined mean that international agency funding for programs that bolster the women’s movement has dwindled.

Local sources of income have further exacerbated this problem. Financial and material support from churches has also receded as women’s groups increasingly focus on secular matters that often contradict church mandates. Local business are willing to give one-time contributions in the form of products such as food or gasoline; however, legislation provides them no tax-break incentives to provide money for ongoing efforts.

The citizen sector organizations are ill-equipped to deal with these changes; most do not have internal structures oriented toward fundraising. Many small women’s groups simply do not know how to approach large companies that might be willing to give them money. In general, philanthropy is not an established tradition in Central America. The only institutions that collect funds from individual donors or companies are the churches and organizations like the International Red Cross or children’s aid funds, all of which are nonoperational foundations. There exists no philanthropic foundation managed and administered from Central America that operates on a regional level.

Ana’s strategy is to both tap into the philanthropic potential of Central America and convince the Central American community living abroad that support would be more effective and sustainable if not restricted to the immediate family.

Because the Central American isthmus has historically suffered from a series of natural disasters and wars, social solidarity and mutual aid networks have already developed both inside each country and internationally. These same networks can be oriented not only towards dealing with emergency situations, but also to overcome the poverty and human rights violations the Central American population is enduring.

The more than 1,730,000 Central Americans residing in the United States send back US$3 billion a year in remittances to their families. In addition, hometown associations contribute significant monetary support to their home communities for basic infrastructure such as roads, sewage, health care, and educational facilities. They have also responded generously to disasters like Hurricane Mitch in late 1998 and the El Salvador and Nicaragua earthquakes in 1999, 2000, and 2001.

The Central American Women’s Fund plans to offer these individuals, along with private U.S. foundations who want to contribute to development but do not have a way to do so from a distance, the opportunity to make efficient use of their donations.

Ana will use a two-pronged approach to do this. First, she plans to create public awareness through multimedia campaigns about the possibility of contributing to social change by investing in women, particularly young women, and donating resources, no matter how limited, to support their projects and initiatives.

Second, she plans to create a permanent program of volunteers that involves women from each Central American country, as well as Florida and California, in fundraising activities among their friends, family, neighbors, colleagues, and employers. The program will begin with a small training workshop on fundraising, women, and development in Central America, and the projects the women’s groups are carrying out. Each fundraising cycle will last three months, after which each group will carry out an evaluation. This means that not only will funds be raised, but also a growing number of Central American women will become familiar with the situation faced by women in their own countries, along with ongoing efforts for change.

In addition to making small grants to women’s groups, the fund will also offer recipients training sessions on how to strengthen their institution in terms of planning, monitoring, evaluation, project development, institutional policymaking, advocacy and resource mobilization, among others. The fund will help the groups set up simple initial monitoring and evaluation systems, to be followed-up with semiannual visits, written and verbal communication, and a collective evaluation at the end of each cycle.

The Central America Women’s Fund is currently in its initial stage. It began functioning with a US$20,000 donation from the Global Fund for Women that was earmarked for women’s groups in Nicaragua. The citizen sector organization Puntos de Encuentro, which Ana co-founded in 1990, has agreed to let the fund use its legal registration so it can receive initial donations and have its own institutional bank accounts, along with contributing accounting and financial administration in this initial stage. The fund has an office in Nicaragua and a part-time staff member in addition to Ana; together, they are developing a three-year strategic business plan, approaching potential donors and creating both fundraising and grant-making committees. At the same time, the staff is developing a document of identity, including a mission statement, values and principles, and field, and lines of action to present to both committees.

In five years, the fund plans to have a defined set of basic documents, an elected board, and a headquarters with a local bilingual staff trained in fundraising. It will have carried out studies on the philanthropic potential of the Central American region and the sustainability of women’s groups. It will have designed and launched the campaign in at least four countries and implemented the volunteer program in Nicaragua, El Salvador, Guatemala, Honduras, Florida, and California. In the medium term, Ana wants to create an endowment that will allow the fund to guarantee its own sustainability.

Ana Criquillion was born into a middle-class family in France that frequently moved from city to city due to her father’s job. Moving frequently enabled Ana to adapt and take pleasure in new surroundings.

When she was 17, she met a Nicaraguan man whom she married a year later, and the two moved to Nicaragua. Five years later, she started a women’s group with a friend in a poor neighborhood of Managua, which focused on winning women’s rights within the struggle against the Somoza dictatorship. Shortly after, she accompanied her husband to Mexico so she could go back to university, but when the Sandinistas triumphed in 1979, she returned to Nicaragua to take part in the revolution.

She then acted for two years as an advisor to the new Women’s Office, which a few years later became the current Nicaraguan Women’s Institute. Later, she created the Human Resources, Training, and Outside Cooperation Division of the Ministry of Transport. But realizing that she felt more at home working with civil society than with the government, in 1983 she went to work for the Farm Workers Association (ATC) to do research on women and union participation. She and a colleague convinced the union leadership to carry out a massive training campaign for women workers, and later, they were able to found Nicaragua’s first organized women’s secretariat. It was so successful that many other organizations, such the industrial workers’ unions, associations run by farmers and ranchers, professionals, and small businesses followed suit.

In 1988, Ana proposed that Central American University create a gender studies program within the sociology school and wrote a grant proposal to that end. Although she withdrew from the university some time later, the Humanities Department now has a gender unit, and all university majors include gender within their syllabi.

In 1990, Ana left the university and the ATC to found the Puntos de Encuentro Foundation, a feminist citizen sector organization where she worked for the next 12 years. In that time, Ana worked on several of the foundation’s programs, including management and institutional strengthening. In the last three years she was its executive director. The foundation’s achievements have been impressive: It publishes Nicaragua’s most widely circulated magazine (26,000 copies go out every three months.) It offers a series of courses on institutional strengthening and sustainability through its “Women’s University”, in which 150 groups have participated. And in 2001, after five years of preparation, it began airing its own television soap opera, “Sixth Sense”, which tops the ratings in its time slot nationwide.

Throughout the time that Ana worked there, she experimented with strategies to make the foundation self-sustaining. At the same time, she was in constant contact with funding agencies and bilateral cooperation organizations, which led to her interest in the dynamics of international cooperation and the challenges of mobilizing resources in the region.